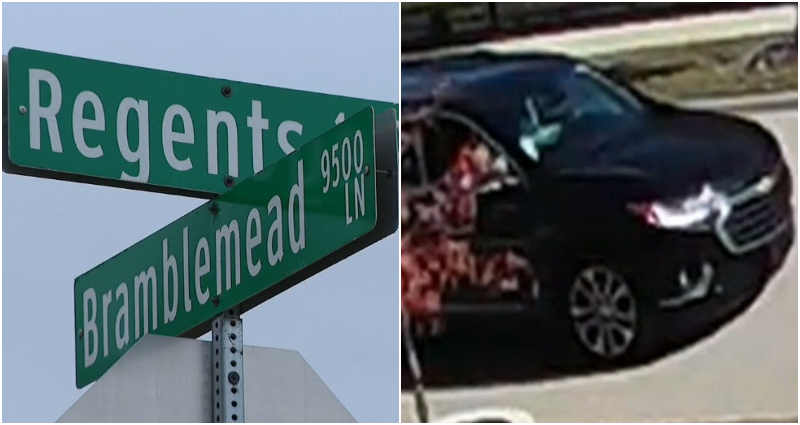 Police in Frisco, Texas, are looking for suspects they say are responsible for at least four robberies targeting older South Asian women for their jewelry in recent weeks.

In the latest two cases reported this week, a man driving a car approached the victims to ask for help with his “pregnant” wife. A woman then got off the vehicle, engaged with the victims and forcibly removed their gold necklaces.

Police said the suspects primarily target South Asian women in their 50s and 60s who walk in their neighborhoods while wearing visible jewelry. A photograph of the suspect vehicle — a black sedan — was released on Sunday, according to the Fort Worth Star-Telegram.

The robberies reportedly started at around 7:40 p.m. on Sept. 13 in the 14000 block of Regents Park. A woman emerged from a black sedan, approached the victim and put a necklace around her before grabbing the gold chain she was already wearing.

The second incident occurred at around the same time near the same location on Sept. 27. Once again, it involved a woman coming out of a black sedan, approaching the victim, placing something around her neck and then grabbing her gold necklace.

The latest incidents took place on Nov. 20 on Bramble Mead Lane and Nov. 22 on Starry Night Lane. The suspects deployed the same tactics.

The robberies have raised fears in the neighborhoods involved.

“Everyone is scared. We are really disappointed it’s not safe to walk around during the daytime,” one resident told FOX 4. “Parents come all the time to visit and stay for months, and with things happening, you don’t feel safe anymore.”

Authorities have warned the public to be vigilant and avoid wearing visible jewelry. Anyone with information about the robberies is urged to call the Frisco Police Department at 972-292-6010 or text an anonymous tip to 847411, beginning the message with FRISCOPD.

The Supreme Court of the United Kingdom: Scotland cannot hold an independence referendum without the authorization of the British government