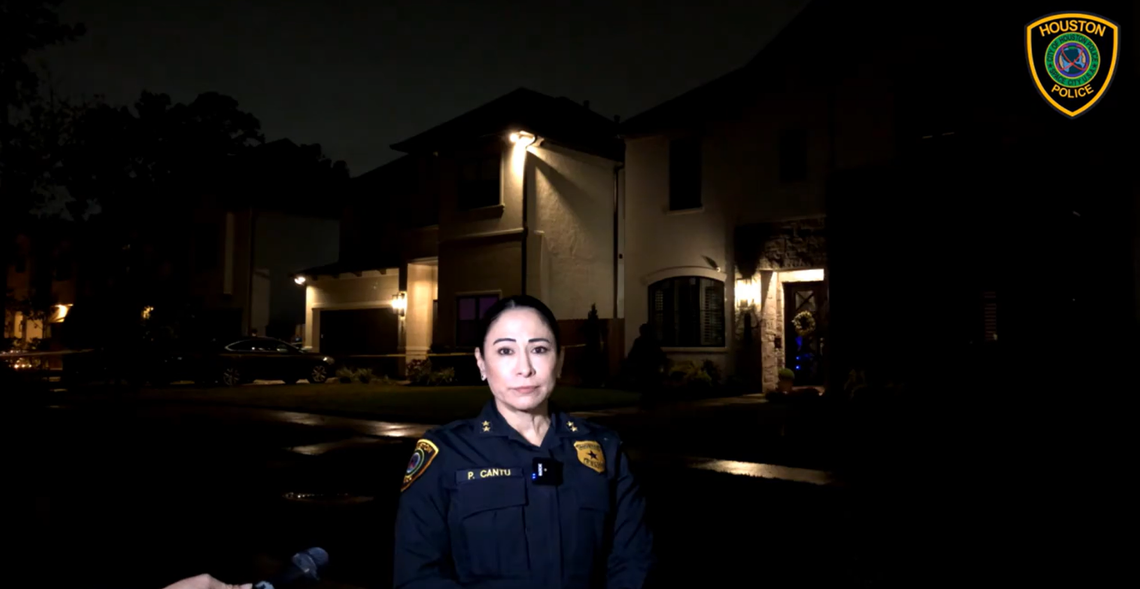 Family and friends had just finished their Thanksgiving dinner when one woman’s ex-husband entered the home and opened fire, according to police in Texas.

”(He) came in through the back door and just started firing at the people inside the house,” Houston Police Department Assistant Chief Patricia Cantu said in a media briefing.

“The suspect discharged multiple rounds and even reloaded,” she said.

His ex-wife and one adult man was killed, according to police. A 15-year-old boy and second adult man were also shot. The teen was is in stable condition, and the adult was in critical condition as of the briefing shortly after midnight on Nov. 25.

Four others who were at the holiday gathering ran to other rooms, seeking safety, Cantu said.

Officers responded to the northwest home shortly before 9:30 p.m., she said. Two of the adults were pronounced dead, and the other shooting victims were taken to a hospital.

”This is a very sad situation,” Cantu said.

The shooter left before police arrived and authorities have not identified him.

“We are going to ask for the public to help us find this person that killed the two people in the house and pretty much traumatized the rest of the people here,” Cantu said.