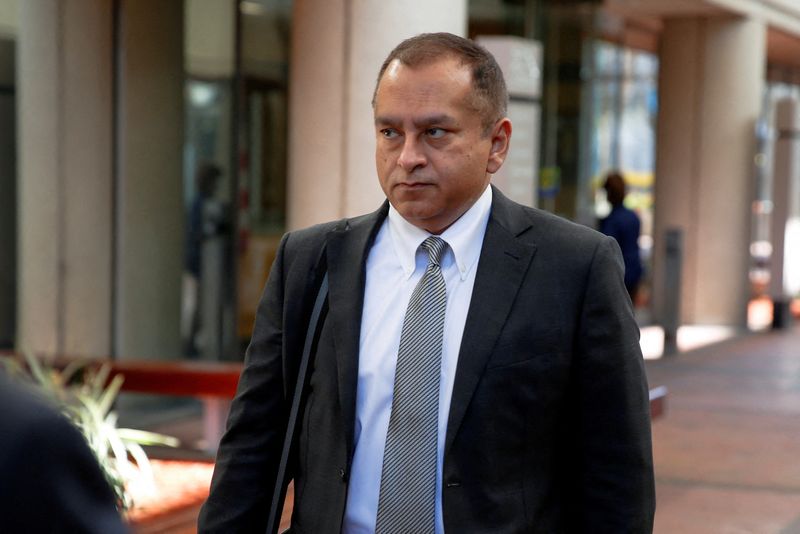 (Reuters) – A U.S. judge on Wednesday sentenced former Theranos Inc President Ramesh “Sunny” Balwani to 12 years and 11 months in prison on charges of defrauding investors and patients of the blood testing startup led by Elizabeth Holmes, a spokesperson for the U.S. attorney’s office confirmed.

U.S. District Judge Edward Davila in San Jose, California, imposed the sentence on Balwani, who was convicted by a jury on two counts of conspiracy and 10 counts of fraud in July.

Prosecutors said Balwani, 57, conspired with Holmes, 38, to deceive Silicon Valley investors into believing the company had achieved miniaturized machines that could accurately run a broad array of medical diagnostic tests from a small amount of blood.

Holmes, who started the company as a college student and became its public face, was indicted alongside Balwani, her former romantic partner, in 2018.

Davila later granted each a separate trial after Holmes said she would take the stand and testify that Balwani was abusive in their relationship. He has denied the allegations.

Holmes was convicted in January on four counts of fraud and conspiracy but acquitted of defrauding patients.

The probation office had recommended a nine-year sentence.

Balwani’s attorneys asked for a sentence of probation, arguing that he sought to make the world a better place through Theranos and was not motivated by fame or greed.

Once valued at $9 billion, Theranos promised to revolutionize how patients receive diagnoses by replacing traditional labs with small machines envisioned for use in homes, drugstores and even on the battlefield.

The company collapsed after a series of Wall Street Journal articles in 2015 questioned its technology.