The case for Jim Caldwell, a glaring example of NFL's racial coaching bias

'He's one of the best bigs in the nation': Alabama preps for Castleton 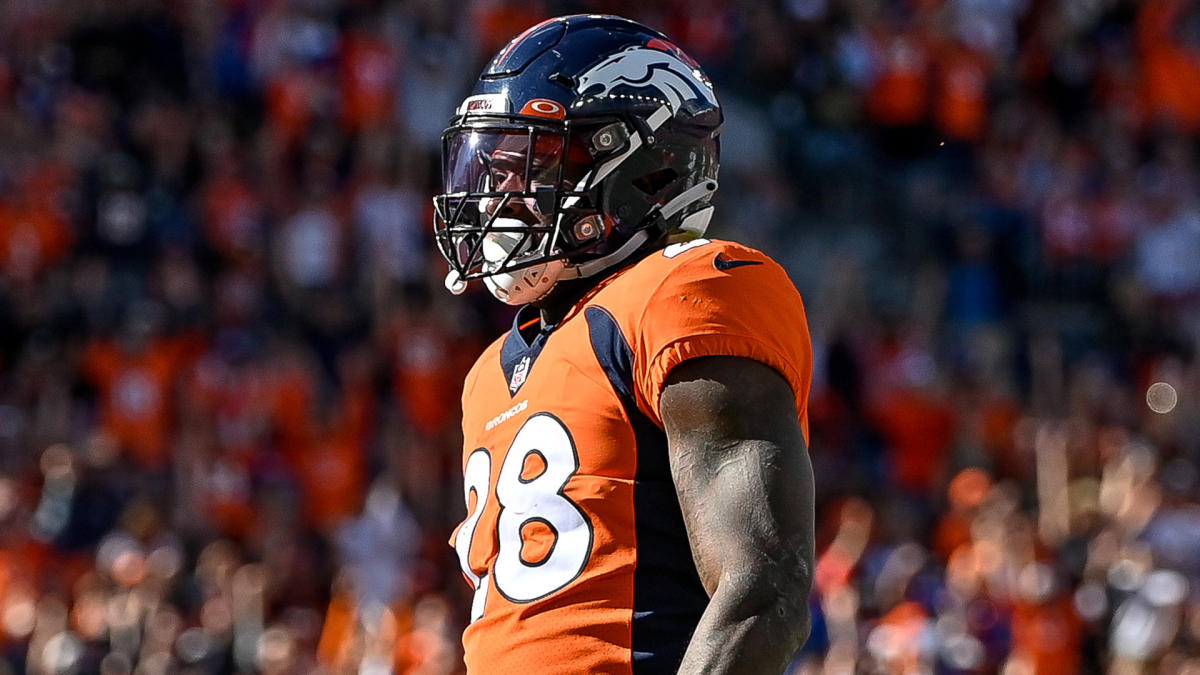 MATT HARMON: All right, Andy we’re heading into week 12. People are in the stretch run. They are just dying for some ultra sexy names on the waiver wire. Well, we don’t have any of those. But we do have some people that you can pick up this week. Why don’t you get us started?

ANDY BEHRENS: Oh, the names don’t get any sexier than Latavius Murray. Latavius Murray in year 2022. Well, we’re doing it, because the Broncos released Melvin Gordon after yet another fumble. Latavius has not been great. I’m not going to make incredible promises here about future production. He’s only averaging like 3.3 yards per carry. Again, it’s been tough sledding. It’s not an exciting offense. I should be selling him a little more, shouldn’t I?

ANDY BEHRENS: Well, what can I tell you. He’s coming off a game in which he saw 21 touches. It’s hard to screw that up in fantasy. He scored three touchdowns for the Broncos. Like, he is more likely than any other Denver Broncos to finish with their lone offensive touchdown. He has some rough matchups coming up. I won’t lie to you.

But again, workload absolutely not going to be a problem. Not only was Gordon released, but Chase Edmonds has a high ankle sprain. Like, there’s really no one else around to take touches for him at the moment. So Latavius, for better or worse, is looking at another 20 plus touch performance.

MATT HARMON: All right, I’m going to go maybe slightly more juicy, certainly younger here at least at the wide receiver position with Donovan Peoples-Jones. The DPJ [? bros ?] in my discord, banging on my door. To talk about DPJ, to get it [INAUDIBLE] DPJ RP chart. You might finally be at the point, because he’s been pretty productive. I know that he got his first touchdown against the Buffalo Bills in Detroit, that neutral site game, got it late, had some just really nice catches. He’s made nice plays all year long, Andy.

He’s gone to 60 plus yards in seven games this year. He’s been just a steady kind of producer. He’s made big plays. Finally gets the touchdown. I mean, the last three games, 20 yards per catch, 19 yards per catch, then he had just 12.2 with that touchdown last week. He’s an interesting wide receiver.

I think, again, that we just need to start taking a little more seriously, especially because as we know, Deshaun Watson is coming back. You feel what you feel about it. It’s not great, but he’s coming back. It shouldn’t make the offense at least a little bit more exciting through the air. But again, DPJ has been just rock solid production with Jacoby Brissett back there.

ANDY BEHRENS: Yeah, listen, he’s far too good a player for this segment, so I’m going to bring it back down to Earth a little bit and tell you about Samaje Perine. Samaje Perine–

ANDY BEHRENS: –coming off a three-touchdown performance, and it was unfortunately in a game in which Joe Mixon suffered a concussion. If Mixon can’t go, that means a ton of workload for Perine. Now, it’s not a great matchup. He’s got Tennessee ahead. That’s one of the league’s best run defenses. But they have allowed opposing running backs, 400 receiving yards on the season, almost 70 catches on the season.

Perine is a fully approved pass catcher. He’s pretty good in that role. He was great in that role on Sunday. And there’s pretty good chance that he’s looking at 15, 16, maybe more touches than that in this matchup ahead. Again, I wouldn’t expect a ton of yardage, but he’s got a really good chance to find the end zone. He’s tied to a great offense.

MATT HARMON: All right, hey, even if the actual Samaje Perine doesn’t excite you, the idea of Samaje Perine should excite you, because it just hammers home the importance of stashing these backup running backs. Regardless of what you think about their talent as we get ready to close the fantasy regular season and move into the postseason. So, all right, those are your guys to go pick up here in week 12. I’m sure you’re just super, super excited to click that add button now.

A man died Tuesday afternoon after he reportedly barricaded himself inside a north Sacramento County home and presumably set fire...

President Joe Biden kicked off his first State of the Union address before a divided Congress by congratulating the new...

The Huskies, who reached as high as No. 2 in the rankings this season, had no issue getting past Shaka...

Madonna SLAMS comments about Grammy appearance: ‘I am caught in the glare of ageism and misogyny’

Madonna was up in arms on Tuesday as she responded to criticisms of her appearance at the Grammy Awards on...

Three Women has been given a second life. The upcoming limited series starring Shailene Woodley, Betty Gilpin and DeWanda Wise...

The case for Jim Caldwell, a glaring example of NFL’s racial coaching bias

‘He’s one of the best bigs in the nation’: Alabama preps for Castleton

Alabama's Wednesday night matchup with Florida features another battle in the paint, as Colin Castleton comes to town.

When will Bill Belichick surpass Don Shula's NFL coaching record, and what will be his next step after reaching that...