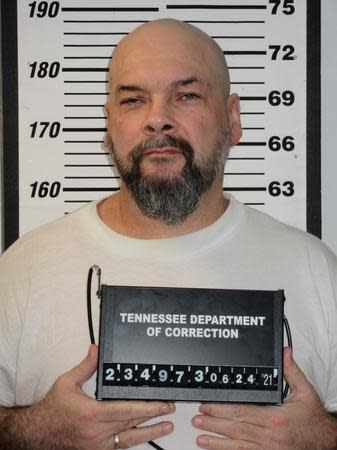 His convictions stand, but the case will head back to the trial court level for a new sentencing phase.

William Glenn Rogers, 60, was convicted of the 1996 rape and murder of a 9-year-old Clarksville girl. A jury sentenced him to death on the charges.

In his most recent appeal, he raised claims for relief around possible ineffective assistance of counsel at multiple stages in his case as well as questions about the sufficiency of evidence against him.

Previous coverage: Tennessee executed two inmates by lethal injection since 2018. It didn’t follow its own rules in either one

The ruling of Rogers’ guilt was not disturbed by the appellate court, but Moore wrote his counsel during the sentencing phase “makes us doubt whether this phase of trial produced a fair result.”

Rogers was convicted in the death of Jacqueline “Jackie” Beard, 9, whose remains were found by deer hunters almost 50 miles from her house four months after she was reported missing by her mother.

At first, Rogers denied seeing Beard that day; later, he said he accidentally struck her with his car and then threw her body off a bridge into the river.

Trial evidence showed he had interacted with Beard and her mother multiple times that week, including after approaching the girl and her brother at a “mud puddle” near their Clarksville home where the children were playing on July 3, 1996.

July 8, 1996, was the last day anyone saw Beard alive. Rogers appeared at Beard’s home that afternoon, and a neighbor told police he saw a car like Rogers’ leaving the area after the last time her mother saw her.

Throughout the police investigation, Rogers denied the sexual assault claim.

Part of his appeal relies on an argument his defense showed lack of thoroughness around sperm evidence found at the scene to truly rule out another source. The evidence was never conclusively tied to Rogers, the court filing indicates.

When the child’s body was discovered, animals had scavenged her remains and clothing was strewn about the area, including a pair of shorts that were found to have a small amount of sperm on them. Evidence in earlier stages of the trial included an expert witness’ testimony that such material can be transferred between clothing items in a normal washing machine cycle.

“The combination of rape and murder of a 9-year-old child is so disturbing that it is significantly likely that the child rape conviction would have ‘overwhelm[ed]’ at least one juror’s judgment in a way that affected their weighing of the aggravating and mitigating circumstances,” Moore wrote, referencing the decision the jury made on the death penalty.

“Both crimes are heinous. But raping and murdering a child is far worse than murder alone: The added element of child rape makes the crime altogether more sadistic.”

At the time of his conviction, rape of a child was still a death penalty-eligible crime, even if the assault did not result in death. At one point, Tennessee law required mandatory death sentences in child rape convictions.

Family members detailed years of physical and mental abuse at the hands of Rogers’ stepfather, and the jury also heard from a social worker about the violent and abusive conditions at the Louisiana Training Institute where he was once held. The trial record supports evidence of PTSD and traumatic brain injuries beginning in childhood.

Read this: Tennessee hasn’t followed its own lethal injection rules. What you need to know

From earlier this year: Double-execution scheduled for oldest death row inmates in Tennessee and Texas

“Reports of this abuse would have given a competent attorney additional reasons to suspect that Rogers had suffered brain injuries. Counsel should have investigated further,” Moore wrote.

All together, the court record paints a picture of a defense team that completely failed to present a thorough case of the mitigation factors that could have convinced a jury to sentence Rogers lower than the death penalty, Moore found.

The order, although not ruling on guilt, leaves the door open for the trial court to review Rogers’ claim of ineffective assistance on the motion for a new trial immediately after his initial conviction.

In a short partial dissent, White disagreed a different presentation of the sperm evidence would have swayed the jury to a different sentence.

“While the majority argues that there is a ‘reasonable probability’ the jury might have weighed the factors differently without a formal rape conviction — admittedly the most powerful aggravating fact — the jury would still have been confronted with the premeditated and calculating kidnapping and murder of a 9-year-old,” she wrote.

Gov. Bill Lee paused all executions in Tennessee through the end of 2022 after granting a temporary reprieve for death row inmate Oscar Franklin Smith in April due to a “technical oversight” in the lethal injection. Former U.S. Attorney Ed Stanton was tapped to oversee the ongoing independent review of the state’s lethal injection process and the issues in the planned execution of Smith.