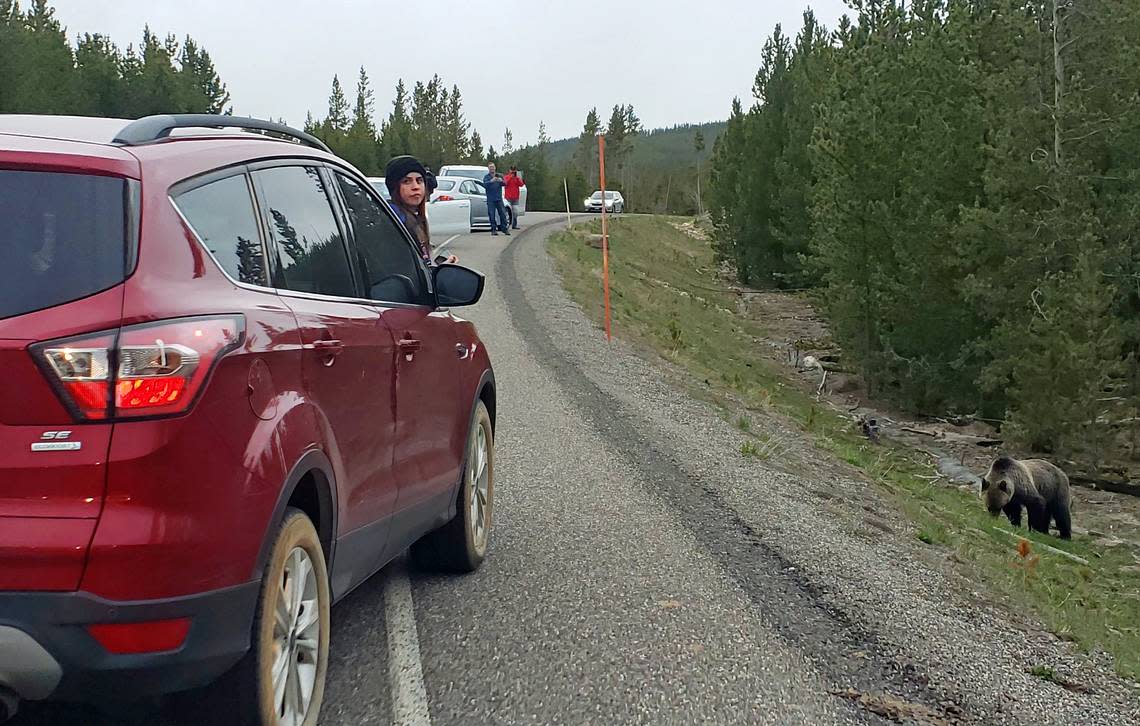 Feeding a grizzly along the road? Yellowstone tourists continue to flout wi…

An adult grizzly bear in Yellowstone National Park can weigh 400 to 700 pounds and sprint short distances at speeds up to 40 mph. They possess large, bone-cracking jaws and teeth, as well as sharp claws as long as your fingers.

All of this prompts the question: Why would you want to lure one closer for a photograph?

Yet on May 18, Krisztina Gayler was driving near Roaring Mountain, between Norris and Mammoth in the park, when she came upon a bear jam. To those not familiar with the phrase, it refers to a traffic jam created as tourists try to see or take photos of a grizzly or black bear, or group of bears. Cars may stop in the middle of the road, blocking traffic, often with little room to pull onto the narrow shoulder of some park roads.

Ahead of her, Gayler saw people in a vehicle throw food toward the grizzly and reaching “out as far as possible to get a close photo of the bear with their phones, as it walked up just a few feet from them to eat the food that was thrown,” she wrote in an email.

“I got very nervous and upset, because as we know, ‘Fed bear is Dead Bear,’ ” Gayler said, adding that she reported the incident to park officials.

“As soon as I saw it, I opened my door, stepped out and yelled out very loud: ‘Please do not feed the bear!’ I repeated it at least five times. Suddenly I heard a sarcastic answer by a woman from that direction: ‘Oohh we hear you, we hear you!’

“Also some of my friends … called for help one day earlier, to call for a ranger because some people were walking up to this same bear just a few feet away and she or he bluff charged them,” Gayler added.

When Gayler witnessed people walking past her car to get closer to the grizzly, she warned them away. Luckily, the two men obliged.

“It was a terrible end of a wonderful day,” she wrote.

In 2019, the last figures the National Park Service published, Yellowstone saw 1,170 bear jams. The report specifically called the animals “human-habituated,” meaning they had lost their natural fear of people. Out of the total number of bear jams, 333 were caused by grizzlies, with 833 attributed to black bears. Since most of Yellowstone’s tourism is compacted into the summer months of June, July and August, a lot of jams occur in a relatively short period.

What especially upset Gayler was that people were tossing food to the young grizzly bear. This is how they become habituated to humans.

“Never feed bears,” the Park Service warns on signs, in publications, at its visitor centers and online. “Bears that obtain human food may lose their natural fear of humans and become dependent on human food. As a result, they may become aggressive toward people and have to be killed. The maximum penalty for feeding park wildlife is a $5,000 fine and up to one year in jail.”

Yet Gayler said the visitors she saw approaching the bear seemed clueless, or at least unconcerned. During her visits to the park, she has also seen people walk up to elk, toss apples to bison in an attempt to draw them closer, as well as approach coyotes and wolves.

“Many are acting like kids who just got turned loose into a huge room with brand new toys and they can’t control themselves,” she wrote, adding the variety of “out of control behavior” she had seen created a long list.

Emphasizing the danger of wildlife, a couple weeks after Gayler’s bear-feeding incident a woman was gored and tossed by a bison after approaching the animal too closely in one of Yellowstone’s geyser basins.

According to a Centers for Disease Control and Prevention report released in 2016, “Since 1980, bison have injured more pedestrian visitors to Yellowstone National Park…than any other animal.” The main reason is because people got too close, despite park warning signs, bulletins and website information.

This summer, Yellowstone’s wildlife may have a chance to be a little more wild as the park celebrates its 150th anniversary. A record-breaking flood on June 12-14 destroyed portions of roads in the northern region, blocking tourists from visiting. All five entrances to the park were closed after thousands of tourists were evacuated.

The closure in the north extends from Norris north to Mammoth Hot Springs and the North Entrance, and from Mammoth east past Tower-Roosevelt, Dunraven Pass, the entire Lamar Valley as well as up Soda Butte Creek to the Northeast Entrance. How long the closure will last is uncertain.

“Yellowstone continues major flood recovery efforts in the north while repairing damage and preparing for reopening in the south,” the park announced in a Friday news release.

Park officials said they are hoping to have what they call the southern loop — including areas like Fishing Bridge, Yellowstone Lake, Grand Canyon of the Yellowstone, Grant Village, Old Faithful, Madison Junction out to West Yellowstone and on to Norris Geyser Basin — open this week.

Even when the southern loop is reopened, the park is planning to limit visitation.

“(The National Park Service) is analyzing the carrying capacity of the south loop and working closely with partners to develop appropriate visitor management actions to safely accommodate visitors within that portion of the park,” the agency stated, while working to determine what other portions of the park may be reopened.

“Decisions will depend on the extent of damage and the ability of the NPS to safely open additional sections as the year progresses,” the Park Service said.

How will closure impact wildlife?

With the northern loop closed, wildlife will have a quieter summer in that region because tourist traffic could be nonexistent. Yet the Park Service is encouraging visitors to still check out the border communities, places like Gardiner, Silver Gate and Cooke City, which are dependent on tourism.

What effect the shift in traffic, and drop in tourism, on two different regions of the park will have on wildlife is unknown. The Northern Range is Yellowstone’s preeminent wolf watching area and the Lamar Valley is an incredibly scenic place to view bison, elk, antelope, wolves and bears. The Lamar River, Soda Butte Creek and Slough Creek are also popular trout fisheries for anglers.

Cam Sholly, Yellowstone’s superintendent, reflected on the effects of the flooding on the park’s wildlife in a press call last week.

“As far as the animals, this spring — I’m going into my fourth summer here — this has been the most spectacular animal viewing that I’ve seen,” he said. “I think I’ve seen somewhere between 15 and 18 grizzlies in the last six weeks, large numbers of bison, wolves.

“As of right now we don’t think the animals are being largely affected (by the flood) except there are no visitors, at least currently, watching them.”

Gayler has returned to her Colorado home, so she won’t see Yellowstone’s wildlife for awhile. Yet she is worried about the disregard some visitors have for the park’s wildlife.

“The bears are doing bear things, they are being bears,” she said. “But humans are ignorant.”

She encouraged anyone who sees illegal activity in the park to report the incident by calling 1-888-653-0009. 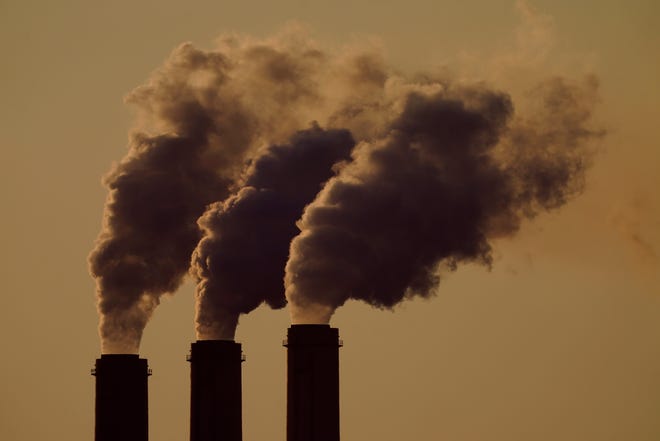