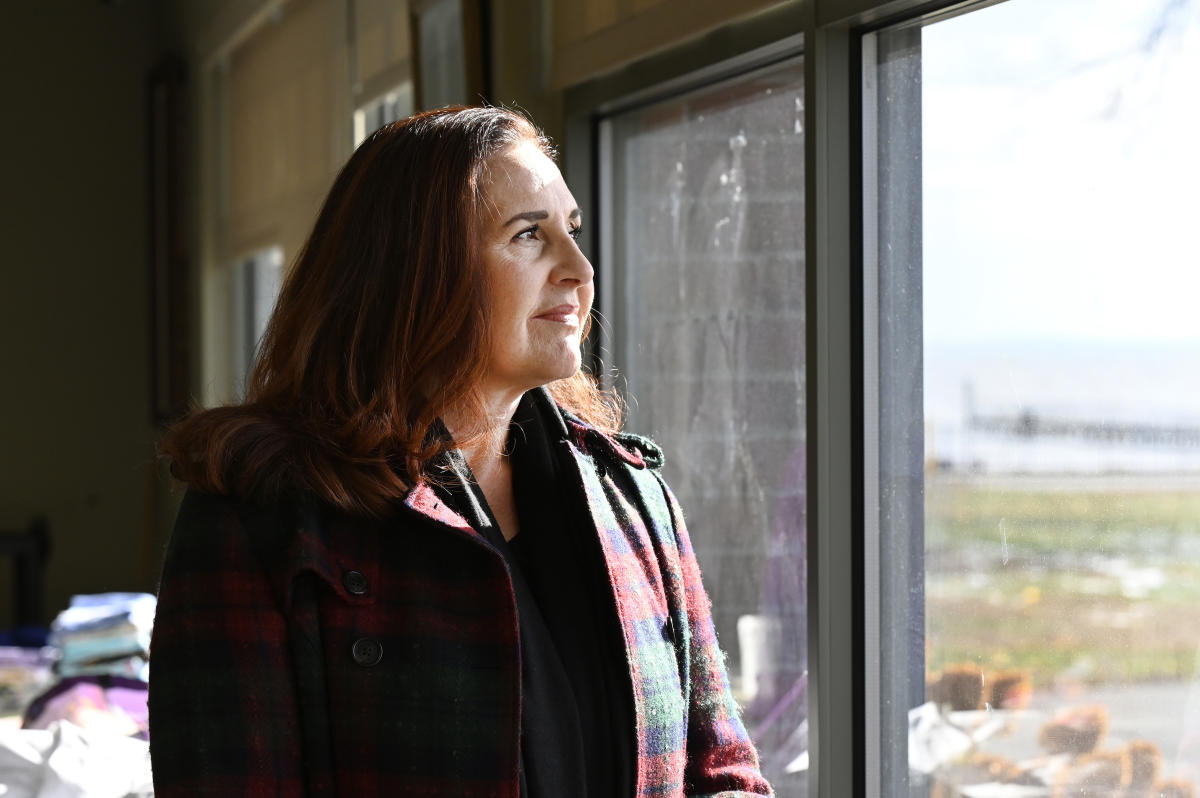 Democratic candidates for the Michigan House and Senate won a majority of votes this year, translating into their party winning control of both legislative chambers. That may seem like a natural result, but it hasn’t been in previous elections.

While Democrats also won a majority of votes in 2018 and 2020, Republicans won majorities in the Legislature. The difference this time: Candidates ran in new districts drawn by a citizens commission instead of ones crafted by Republican lawmakers that were designed to help keep their party in power.

“Michigan went from some of the most extremely gerrymandered maps to some of the country’s fairest maps, and now we have a perfect alignment between the votes that voters cast and the officials that were elected into office,” said Nancy Wang, executive director of Voters Not Politicians. Her group spearheaded a successful 2018 ballot initiative that changed the way Michigan’s legislative districts are drawn.

An Associated Press analysis of election data indicates that Michigan’s new state legislative districts reduced the built-in advantage Republicans had enjoyed over the previous decade. It shows that gerrymandering — or the lack of it — can affect the balance of power in legislatures and, ultimately, the policies they pursue.

The launch of Michigan’s new legislative districts this year coincided with a ballot measure seeking to enshrine abortion rights in the state constitution. The abortion measure passed with nearly 57% of the vote, elevating an issue that gave Democrats an edge in some competitive districts.

Abortion “was definitely a factor in my race, and most likely in every race across the state,” said Republican House Speaker Pro Tem Pamela Hornberger, whose roughly 300-vote loss in a state Senate race was the closest statewide.

The legislative flip in Michigan was part of a strong showing for Democrats at the state level in this year’s midterm elections. Wins in legislative or governor’s races also gave them full control of the government in Maryland, Massachusetts and Minnesota.

Michigan is not the only state with a history of partisan gerrymandering, in which the party in charge draws districts to its advantage — packing voters of the other party into select districts and spreading others among multiple districts to diminish their clout. Gerrymandering surged among both Republicans and Democrats this past redistricting cycle.

Unlike in Michigan, voters in about half the states do not have the ability to put issues on the ballot through citizen initiatives. So similar redistricting initiatives can’t be pursued in Democratic-dominated Maryland or be used to check the power of Republican-led legislatures in North Carolina, Texas and Wisconsin, where partisan maps all have faced lawsuits.

For the past decade, Michigan’s legislative elections were held under maps enacted in 2011 by a Republican-led Legislature and governor. Those districts gave Republican candidates one of the largest advantages in the nation, according to a prior AP analysis that used a mathematical formula to illustrate potential instances of gerrymandering. That formula shows the maps used in the 2022 elections were nearly politically neutral.

A constitutional amendment approved by voters in 2018 established the Michigan Independent Citizens Redistricting Commission and stripped lawmakers of their redistricting responsibilities. The measure required a 13-member panel, randomly selected from a pool of applicants, to consider “partisan fairness” as one of several criteria for drawing maps. The process kicked in with the 2020 census.

Were it not for the new districts, Macomb County Commissioner Veronica Klinefelt, a Democrat, said she probably would not have run for the Senate. But she seized the chance when a new map combined parts of two previous districts to create a new district in the northern Detroit metro area. Klinefelt defeated a Republican incumbent who was trying to represent the new district.

“The opportunity to flip the Senate for the first time in 38 years was something that I couldn’t just walk away from,” Klinefelt said.

Hornberger’s quest for a newly created Senate district pitted her against Democratic state Rep. Kevin Hertel. Like other Michigan races this election, their contest drew unprecedented spending from Democrats seeking to take control of the chamber. Democrats attacked what Hornberger described as a mistaken vote against a bill about reporting child abuse that she later reversed, while Republicans attacked Hertel over an unpaid tax bill from years ago.

Hornberger said she was disgusted by the tone of the campaign.

“It just goes to show you how absolutely crucial it is to have that power in Lansing, Democrat or Republican,” she said, later adding: “and the amount of money we will spend and the horrible things we will do to each other to get it.”

Yet Hornberger said she considers the maps drawn by the citizens commission to be fair.

An analysis conducted for the commission when the maps were adopted projected that if Democrats received 52.3% of the vote, they would win a 20-18 Senate majority and a 57-53 House majority.

The actual results tracked almost exactly with that ratio. Democratic legislative candidates received just under 51% of the total statewide votes. Democrats won a 20-18 Senate majority and a 56-54 House majority.

“Honestly I think we did a pretty decent job,” said Dustin Witjes, a Democratic commissioner.

“To me, a fair map is a map that reflects the will of the voters,” Szetela said.

Partisan balance can be achieved through a mixture of lopsided districts favoring Democrats and Republicans or with districts containing a more bipartisan split among voters. Commissioners said it wasn’t their goal to create more competitive districts, but it was a byproduct in some cases.

While the number of Senate races decided by less than 10 percentage points remained the same from 2018 to 2022, the number of close House races rose from 14 in each of the previous two elections to 20 this year.

“Depending on the issues of the election and depending on the candidates, some of these districts can go either way — they can go Republican or they can go Democrat,” Clark said. “In this instance in this election, more of them went Democrat. So I think we have to accept those results — that’s what the people wanted.”

Merrick Garland Is Just Helping Trump Run Out the Clock