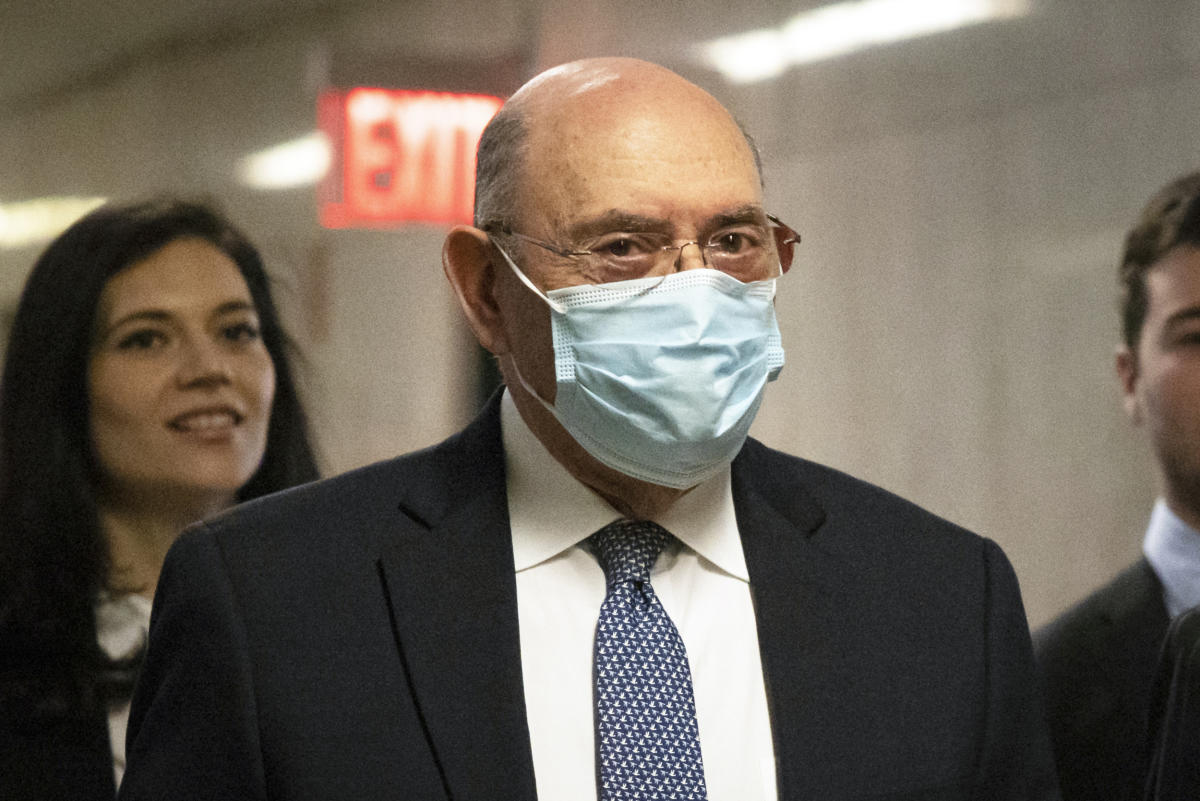 Donald Trump Jr. and Eric Trump did not discipline Trump Organization chief financial officer Allen Weisselberg after finding out he’d been cheating on his taxes — and later gave him a raise to make up for the shortfall, the ex-CFO testified Friday.

Weisselberg, 75, testified for a third and final day in the criminal trial of Trump’s family business in New York City that the Trump brothers found out in 2017 that he had been getting off-the-books perks and bonuses paid as an “independent contractor.”

At the time, he said, the company was cleaning up its business practices because of the extra scrutiny it got after its longtime head, Donald Trump, was elected president of the United States. Trump’s eldest sons took over control of the company following the 2016 presidential election.

“Following that cleanup were you demoted or disciplined?” prosecutor Susan Hoffinger asked. Weisselberg replied, “No.”

The company’s chief operating officer, Matthew Calamari, had also been getting bonuses paid as an independent contractor and was not disciplined either, Weisselberg said.

Weisselberg acknowledged that he’d used the fact that he was no longer getting perks, like a free apartment and car, to successfully argue for a raise from the Trump brothers, who he’d known since they were children. He said he was given a $200,000 raise in 2019.

“I told them since the practice was no longer going on I would need some additional income to pay for those expenses,” he said.

Asked if the brothers had filled their in father on what had happened, he said, “I don’t know what they told their dad.”

Weisselberg, the prosecution’s star witness, was indicted along with the Trump Organization in April of last year in what the government described as a 15-year tax fraud scheme.

He pleaded guilty in August and agreed to testify truthfully against his employer in return for a five month jail sentence. Had he been convicted at trial, he could have faced a sentence of five to 15 years in prison.

On the witness stand, Weisselberg often seemed to be walking a tightrope between honoring his deal with prosecutors while offering only muted criticisms of his longtime employers.

While the company profited from his scams by not having to pay payroll or Medicare taxes, he testified under questioning from Trump lawyers Thursday that it was his “own personal greed that led to this.” Pressed by prosecutors on Friday, he said, “There was some benefits to the company but primarily it was due to my greed.”

Weisselberg had also testified Thursday, in his second day on the stand, that the Trumps had not been aware of his schemes or given him permission to commit tax fraud when it was taking place, and that he had “betrayed” the family’s trust in him.

On Friday, he acknowledged the company kept paying him his $1 million even after he was charged in the case and pleaded guilty, and that the company was paying for the lawyers who’ve represented him in this case as well.

“These are some of the best lawyers in New York City, aren’t they?” Hoffinger asked.

“I hope so!” Weisselberg answered.

The former president, meanwhile, sounded off on the case on social media Friday.

“There has never been a ‘Fringe Benefits’ case such as this brought before. Did a long time executive pay tax on the use of a company car, or a company apartment, or payments (not even taken by us as a tax deduction!) for the education of his grandchildren? For this, he gets handcuffs and jail?” Trump said in a post on his Truth Social platform. “VERY UNFAIR!”