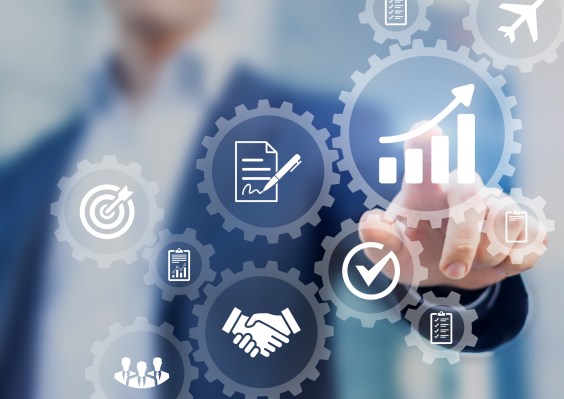 Platforms that bring more automation to the working environment, and platforms that are empowering more people to get involved in building tools to help themselves work, have equally seen a huge rise in usage in the last year and a half. Today, a company that ties both of those trends together — with a no-code platform designed to help build automated workflows for different tasks — is announcing a big round of funding to capture some of that growth.

Formstack, which provides a wide range of templates and integrations to let people create their own workflow automations, has raised $425 million, equity funding that it will be using to continue picking up more customers and to expand into more international territories.

The company today has some 238,000 users from 25,000 organizations, with some of the big names among its customers including Twitter, Netflix, the NHL and the Cleveland Clinic.

“About 25% of our customers are already international, so there is huge potential there.”

It will also use the funding to continue investing in its product, including adding in more integrations alongside the 250 it already has with a variety of big-name and lesser known email, payments, CRM, CMS and document storage services.

Silversmith Capital Partners and returning investor PSG are leading the round: PSG, along with Greater Sum Ventures, led a leveraged buyout of the company in 2018. This appears to be the company’s first big financing event since then, although the company is not disclosing many details about its management, nor its financial position, except to note that alongside being profitable, revenues have more than tripled since the LBO. We have asked, but valuation is also not being disclosed with this round.

Formstack is playing in the very heart of what is trendy in enterprise IT today — RPA and other kinds of automation to speed up mundane processes and reduce costs are huge, and the growing sophistication of no-code tools has helped to democratize how IT can be built and used in businesses — but the age of the company itself underscores just how long the concepts of low-code, no-code tools, and automation have actually been around.

Founded in 2006 — not in the Valley but Fishers, Indiana (near Indianapolis) — the initial aim of Formstack, Byers said, was to build a tool to make it easier to create online forms to gather customer information and more automatically channel that into relevant applications in the back office.

“Our original product was a drag-and-drop form builder, which could be used to put a form on site for lead capture,” said Byers. “Now we are not only focused on data collection, but document generation.” It has built out its reach very much with integrations, but it has also built a number of native features to complement that, such as e-signature.

Here’s a little more backstory: Byers himself is an integration of sorts. That is to say, he joined the company about five years after it was founded. When founder Ade Olonoh, who still sits on the board, moved on from Formstack, he built another startup: Formspring — similarly named but very different, initially focused on Q&A and then social networking. Unlike Formstack, which has found a very well-timed groove in the market, Formspring ultimately found it a struggle to grow amid the rapid rise of Facebook and others. Today, it no longer exists.

Formstack’s pitch, indeed, has resonated with its customers and seen it move into a number of newer areas, such as healthcare, where automatic flows built using Formstack have been used to take in patient data and help speed up the intake and triage process in clinical settings — a critical piece of the care process at a time when workers are stretched, and generally everyone concerned wants to minimize physical contact as much as possible.

“Digital transformation has been accelerated, and we’re seeing usage of our platform to improve customer and worker experience, as well as the move to remote work,” Byers said. There will be more applications emerging that Formstack is now building for, he said, to help organizations comply with vaccine mandates, by creating forms for users to fill out more easily to verify their status.

“The number of businesses looking to streamline and digitize business processes today is accelerating, yet a key pain point for companies is not having the technical resources to implement and maintain a solution,” said Jim Quagliaroli, managing partner at Silversmith, in a statement. “Formstack’s no-code workflow automation solution was built to address this problem by enabling non-technical employees who understand a business use case, but don’t have the technical skills to implement a solution, to become ‘citizen-developers.’ We are thrilled to partner with Chris, his team, and our friends at PSG as the company continues to rapidly scale.”

“We believe Formstack is at the forefront of innovation in the workplace productivity space. Their talented team continues to deliver solutions to help organizations across industries operate more effectively and efficiently,” added Tom Reardon, managing director at PSG. “It’s been a pleasure to witness the significant growth they’ve achieved in the past several years, and we’re excited to continue to serve as a partner and work alongside Silversmith to support their expansion.”

‘The Expendables 4’: Two Crew Members Injured During Production In Europe

Kakao Mobility picks up additional $55M funding at over $4.2B valuation

If we can’t design autonomous robots, maybe they can design themselves