Russia could impose ban on ALL disposable plastic goods in…

From Russia without much love: Rangnick swaps Moscow for Manchester leaving anger in his wake 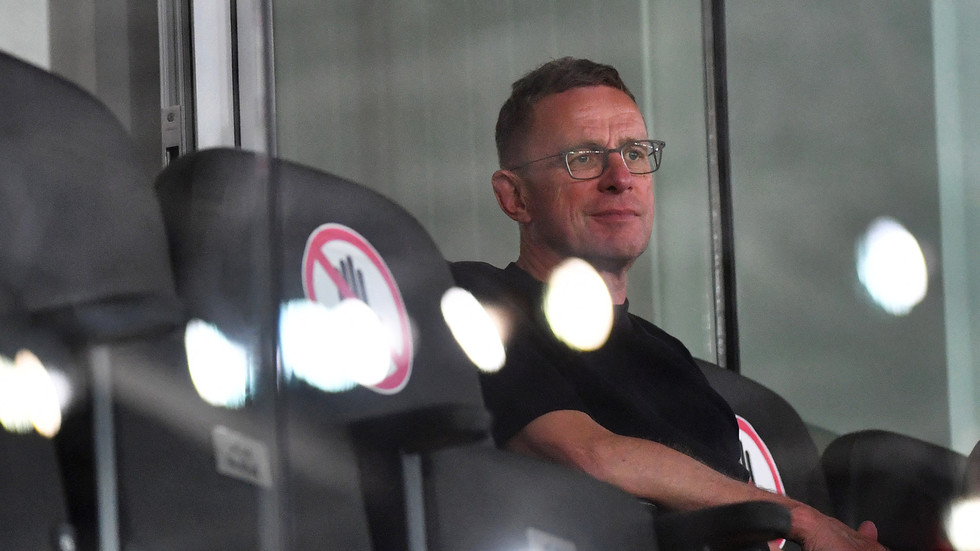 When the news broke on Thursday that Ralf Rangnick was primed to join Manchester United as their new interim manager, the nature of the timing seemed apt.

Lokomotiv Moscow were preparing to play Lazio in a Europa League game in the Russian capital in just a couple of hours’ time, but the man overseeing a supposed revolution at the Railwaymen was already charting his course to England.

“Our focus is on the match,” said Lokomotiv’s technical director Tomas Zorn when asked about Rangnick’s looming departure.

For the media and many of the fans, though, the focus was clearly elsewhere.

Websites, social media and column inches were already being filled voluminously with the story of Rangnick’s new role at Old Trafford, which is set to be made official on Friday.

Lokomotiv went on to lose 3-0 to their Italian visitors. They are bottom of Europa League Group E with just two points from their five games and stand no chance of reaching the knockout stages. They haven’t won in European competition in their last 16 matches.

On the domestic front, Loko lie fourth in the Russian Premier League table, part of a bunched-up group trailing leaders Zenit St. Petersburg. They’ve only lost two of their 15 league matches, but their tally of seven draws is testament to their patchy form.

The scenes after the Lazio defeat perhaps best summed up the mood at the club as captain Dmitry Barinov held a pitchside conversation with disillusioned fans.

This is what Rangnick leaves behind as he takes up his new role at Manchester United, where he will agree a six-month deal to become interim manager before assuming a consultancy role for a further two years.

In stark contrast to Moscow, the emotions among the Old Trafford faithful – and elsewhere in England – are mainly of excitement ahead of Rangnick’s arrival.

The 63-year-old is widely respected as the ‘godfather’ of the modern school of German coaching, inspiring the likes of Jurgen Klopp and Thomas Tuchel with his well-drilled, high-octane ‘gegenpressing’ approach.

The consensus is that Rangnick will add some desperately needed shape and structure to a listless Manchester United team.

Beyond that, a grateful United will have the luxury of tapping into the prodigious knowledge which Rangnick brought to bear at the likes of RB Leipzig and Red Bull Salzburg in recent years.

The sentiments were similar when Rangnick rolled up in Moscow earlier this year, signing a three-year deal at Lokomotiv to work closely with the club through his new football consultancy firm.

Officially unveiled in July but having been in the works for several months prior, the move was trumpeted as a major coup for Lokomotiv, who were effectively handing Rangnick carte blanche as their head of sports and development to shape a new team and reform the club.

Rangnick brought a new team with him, including installing the aforementioned Zorn – who had previously worked at Spartak Moscow – as technical director and his right-hand man.

According to Russian outlet Championat, Rangnick would pocket as much as €4.5 million a year for his services.

Rangnick and his crew set about their overhaul. Their professed aims were to “develop and modernize” Lokomotiv. An emphasis was placed on signing young prospects with the potential for a high resale value. The likes of fellow German Christian Mockel were brought into the scouting department.

On the playing front, around €30 million was splurged on players – not a significant amount for English Premier League clubs, but not to be sniffed at by Russian standards.

Croatian defender Tin Jedvaj arrived from Bayer Leverkusen, Nair Tiknizyan and Konstantin Maradishvili came in from CSKA Moscow, Gyrano Kerk was signed from Utrecht, French youngster Alexis Beka Beka moved from Caen, while the swoop for highly-rated teenager Tino Anjorin on loan from Chelsea was seen as a particular coup.

The jury is out on many of the signings, perhaps with the exception of Beka Beka, who has been a rare bright spot. The Lokomotiv number 10 shirt – last worn by club legend Dmitri Loskov – was even unretired for Anjorin, but after the Englishman announced himself with a headline-grabbing goal against Marseille in the Europa League, he has since returned to his parent club after suffering a metatarsal injury in training.

Heading out of the Lokomotiv door to join Premier League rivals Krasnodar was 31-year-old Polish midfielder Grzegorz Krychowiak, one of the team’s highest earners and best players – a clear indication the new profile of the team.

Then came the shift in the dugout that most had expected as Serb Marko Nikolic was sent packing, replaced by unheralded German Markus Gisdol, a longtime Rangnick associate.

Rangnick rang the changes, but results failed to follow. Much of Lokomotiv’s season has been characterized by indifferent domestic form and familiar failings in Europe.

In his defence, Rangnick could argue that his changes are fundamental and bound to take time. They still might bear fruit, and he will leave his team in place in Moscow as he embarks on his new challenge in the Premier League.

But the nature of his ties to Lokomotiv moving forward remain unclear. The opinion of most fans and pundits in Russia seems much more evident: they feel more Lokomotiv have been duped, perhaps naively expecting more from Rangnick and his band of merry men, only for him to leave them in the lurch.

Former Lokomotiv Moscow manager Yuri Semin made a telling remark when asked about the team’s mauling by Lazio on Thursday night.

“I’ll put it briefly – it’s difficult to make something, but easy to destroy it,” said the Lokomotiv legend.

Cast an eye at the comments sections of stories featuring Rangnick in the Russian press, and you get less-than-complimentary views.

“He came, he saw, and left a mess,” read one comment under a story on Rangnick’s exit.

That could be put down to the bitterness of a spurned lover or the disappointment of unfulfilled expectations, but the sentiments are undeniably that Ralf has wrecked it at Loko.

“If Ralf Rangnick wasn’t Ralf Rangnick, the Russian football community would unanimously look at him as one of the worst sporting directors in national history,” wrote the popular Russian Football News Twitter account scathingly.

If Ralf Rangnick wasn't Ralf Rangnick, the Russian football community would unanimously look at him as one of the worst sporting directors in national history.

Let's see where Loko go from here, and if Zorn is able to execute somewhat of a successful plan.

Lokomotiv Moscow handed Rangnick the keys and he proceeded to run the train off the rails – or so the case against him argues.

United fans can read into that what they will. Rangnick is clearly joining a much different club to the one he is leaving, with far grander ambitions and vastly differing resources.

But while the German will be welcomed with open arms in Manchester, any future visits to Moscow could be as frosty as the oncoming winter weather.

The statements, views and opinions expressed in this column are solely those of the author and do not necessarily represent those of RT.