Nurse explains why she won’t get COVID-19 vaccine

Netflix to ask US cast and crew to get vaccinated 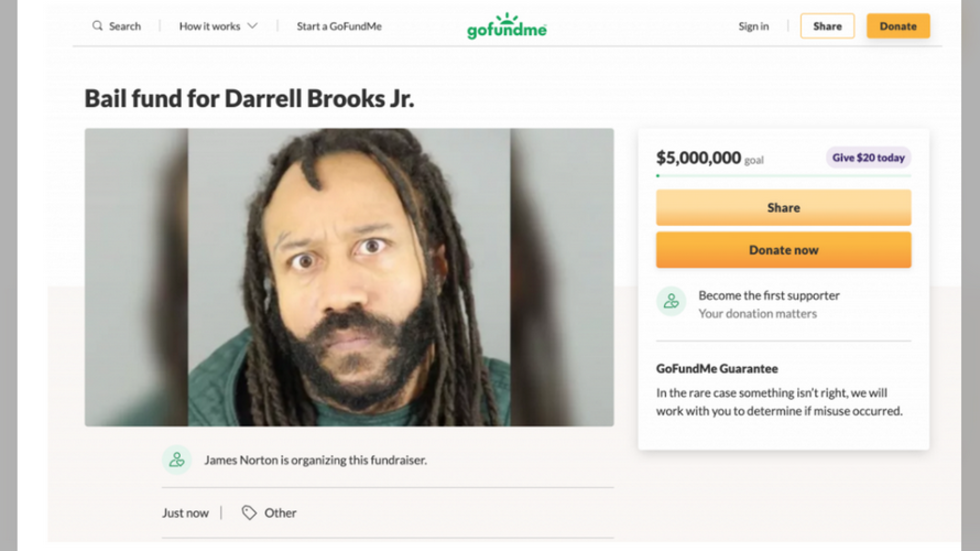 Crowdfunding platform GoFundMe has torpedoed an effort to raise $5 million to bail out Darrell Brooks, the suspect in last weekend’s car-ramming attack on a Christmas parade in Waukesha, Wisconsin.

The fund-raising page for Brooks was taken down because it violated the platform’s terms of service, GoFundMe reportedly said on Wednesday. A spokesman for the company told Fox Business that the organizer who was trying to raise money for Brooks had been banned from using GoFundMe for future campaigns.

Brooks faces six murder charges after allegedly plowing his sport-utility vehicle into parade participants and spectators. According to a police affidavit, he weaved from side to side to inflict maximum carnage as he mowed people down. In addition to the six people who were killed, 61 were injured, including multiple children.

News of the Brooks fund-raiser was first reported on Tuesday by Law Enforcement Today. The organizer was identified as James Norton of Waukesha, who referred to the convicted sex offender as “our dear friend.” The page went on to say that Brooks was innocent and that he was “another black man behind bars in a purely political and racist trial.” It also listed several hashtags, including “#BLM,” “#NoJusticeNoPeace” and “#RacismIsReal.”

It’s not clear what Norton’s relationship to Brooks is – if he truly knows the defendant – or whether he’s sincerely trying to raise money on the defendant’s behalf.

GoFundMe was criticized last year for refusing to allow a fund-raiser for the legal defense of Kyle Rittenhouse, the teenager who claimed self-defense after shooting three men, including two fatally, at a Black Lives Matter riot in Kenosha, Wisconsin. The platform had allowed campaigns for other people accused of violent crimes around the same time.

Facing renewed criticism last week after Rittenhouse was found not guilty of all charges against him, GoFundMe issued a statement saying its policies prohibited fund-raisers for the defense of people accused of violent crimes. “If someone is acquitted of those charges, as Rittenhouse was today, a fund-raiser started subsequently for their legal defense and other expenses would not violate this policy,” the company said. The rule allows money to be raised only after a defendant has been exonerated and presumably no longer needs a legal defense or bail money.

Brooks has previously been freed on bail twice this year. In one of those cases, in which the 39-year-old Milwaukee resident was accused of shooting at his nephew, he was set free in February after paying just $500. And just 10 days before the Waukesha bloodbath, he was released on a bail of $1,000 after being accused of striking the mother of his child and running her over with his SUV.

'We are disappointed, we came for more. Georgia is a must win – simple'