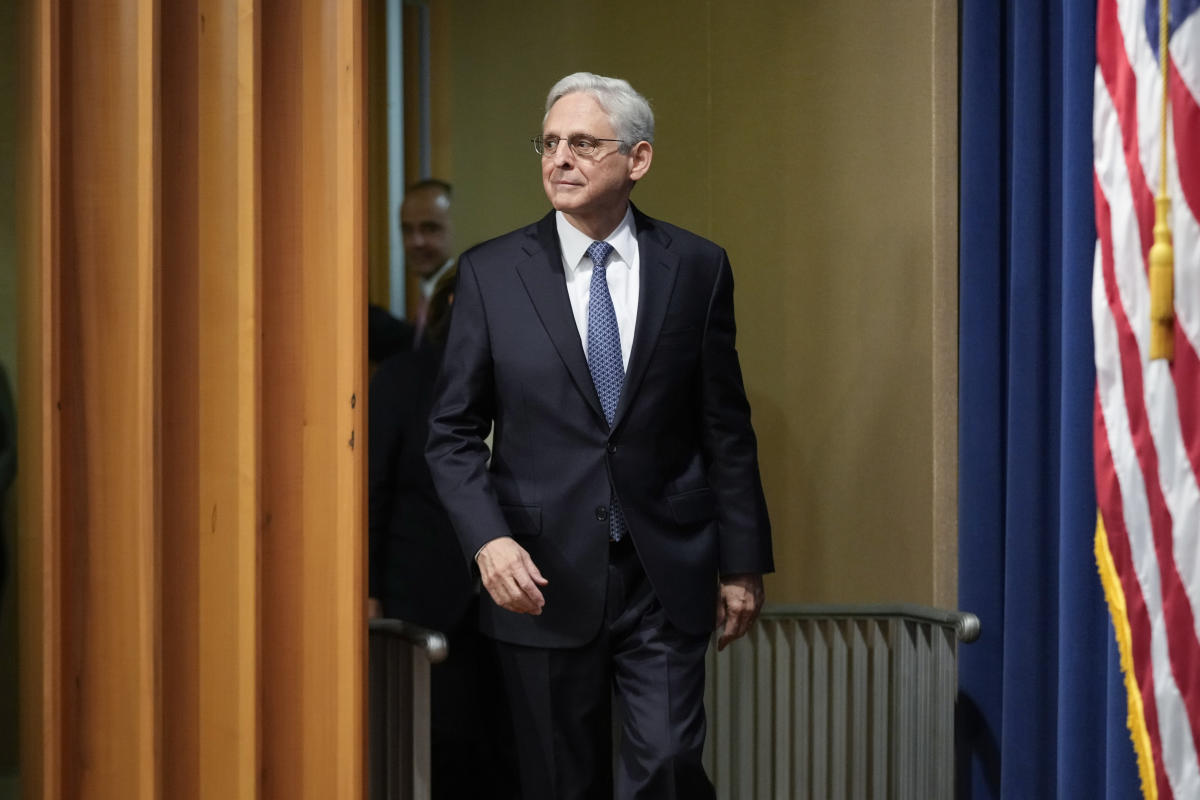 Jack Smith, a former chief of the Justice Department’s unit that investigates public corruption — the Public Integrity Section — will take on the new role which operates largely independent of Justice Department control under decades-old federal regulations. The announcement represents a new phase in the extraordinary investigations into an ex-president and his allies and comes as Trump mounts a new bid to reclaim the presidency.

“Based on recent developments, including the former President’s announcement that he is a candidate for President in the next election, and the sitting President’s stated intention to be a candidate as well, I have concluded that it is in the public interest to appoint a special counsel,” Garland said in a statement. “Such an appointment underscores the Department’s commitment to both independence and accountability in particularly sensitive matters. It also allows prosecutors and agents to continue their work expeditiously, and to make decisions indisputably guided only by the facts and the law.”

The special counsel’s purview will include the Justice Department’s ongoing probe of Trump’s alleged retention of highly sensitive national security secrets at his Mar-a-Lago estate, as well as aspects of the effort by Trump and his allies’ effort to subvert the 2020 election and disrupt the transition of power to President Joe Biden.

Garland expressed an urgency behind both investigations, emphasizing that Smith’s appointment should not slow them down.

“I will ensure that the Special Counsel receives the resources to conduct this work quickly and completely,” Garland said at a short-notice press conference at DOJ headquarters. “Given the work done to date and Mr. Smith’s prosecutorial experience, I am confident that this appointment will not slow the completion of these investigations.”

Garland’s announcement came just hours after he signed a formal order tapping Smith for the post. Smith, a 1994 Harvard Law School graduate, led the department’s public integrity section for five years during the Obama administration before taking on a position at the U.S. attorney’s office in the Middle District of Tennessee.

During his stint at the Public Integrity Section, Smith oversaw the prosecutions of CIA officer Jeffrey Sterling, who was convicted in 2015 of disclosing national defense information and obstructing justice — two potential crimes at the center of the Trump documents probe. Smith also oversaw the convictions of former Virginia Gov. Bob McDonnell and former Rep. Rick Renzi, an Arizona Republican, both for bribery and extortion charges. McDonnell’s conviction was later overturned by the Supreme Court.

Since 2018, Smith has been prosecuting war crimes in the Hague stemming from the conflict in Kosovo. He’s registered to vote in the U.S. as a political independent, officials said.

The announcement also came amid a flurry of notable activity at the federal courthouse in Washington, where three new grand juries were impaneled Friday, likely linked to the start of Smith’s investigation.

Under Justice Department procedures, special counsels are required to inform senior department officials of major investigative steps such as indictments. Garland retains the ability under the regulations to reject such charges, but any move to countermand the independent prosecutor must be reported to Congress and would be almost certain to ignite a political firestorm.

According to Garland’s order, Smith will take over the entirety of the probe into the presence of numerous White House records and documents with classified markings at Trump’s Mar-a-Lago estate in Florida after he left office in January 2021. Smith will also take over the ongoing investigation into “efforts to interfere with the lawful transfer of power following the 2020 presidential election or the certification of the Electoral College vote held on or about January 6, 2021” as well as related matters.

However, the U.S. Attorney’s Office in Washington, D.C., will retain control over investigations and prosecutions of people “physically present on the Capitol grounds” on Jan. 6, 2021, Garland’s order said. About 900 people at or near the Capitol that day have been charged criminally with offenses ranging from trespassing to seditious conspiracy against the U.S. government.

No one has yet been charged in the broader Jan. 6 or election interference probes.

Centralizing the Trump-focused investigations under a special counsel is a move meant to help instill confidence in the independence of any prosecutorial decision in the explosive investigations. In 2017, then-Deputy Attorney General Rod Rosenstein appointed former FBI Director Robert Mueller to oversee the investigation of Trump’s 2016 campaign links to Russia. In 2020, Attorney General William Barr appointed then-U.S. Attorney John Durham as special counsel to investigate the origins of the FBI’s Russia probe.

China pushes back on FBI claims of Chinese ‘police stations’ in U.S.