‘Ghosts’ Spooks Up a Season 3 Renewal at CBS

Lloyd Morrisett, co-creator of 'Sesame Street,' dies at 93: 'He will be sorely missed' 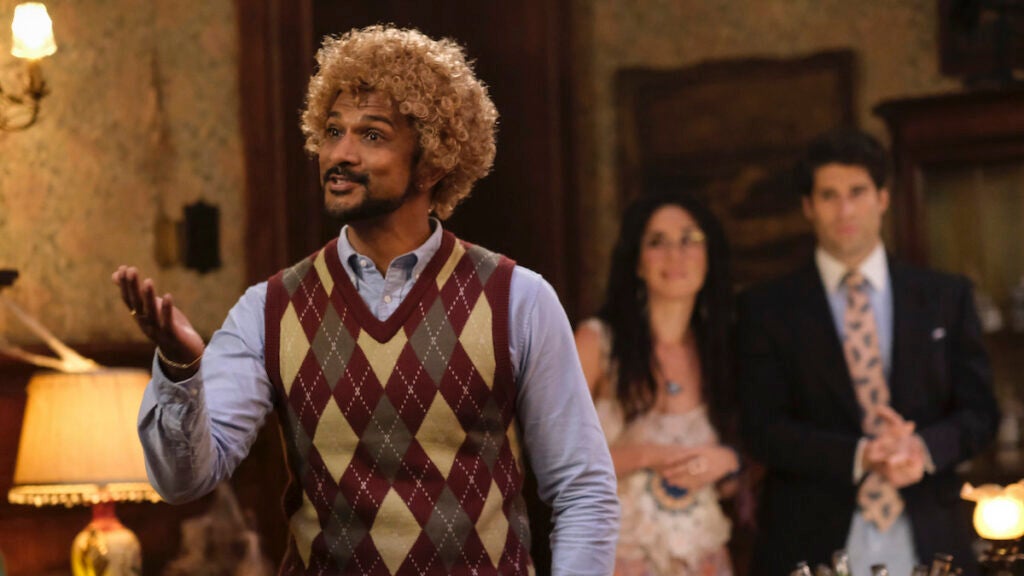 “Ghosts” has spooked up a Season 3 renewal at CBS.

Currently airing its second season, the hit broadcast and streaming comedy from creators Joe Port and Joe Wiseman ranks as the No. 1 comedy series on Paramount+ and CBS’ most-streamed program (Paramount+ and CBS TVE).

“Ghosts” stars Rose McIver and Utkarsh Ambudkar as a young couple who realizes their dream of inheriting a beautiful country home – only to learn that it’s a dilapidated property filled with the ghosts of previous residents across the centuries. It co-stars Brandon Scott Jones, Richie Moriarty, Danielle Pinnock, Asher Grodman, Román Zaragoza, Sheila Carrasco, Rebecca Wisocky and Devan Chandler Long, several of whom hilariously play the ghosts in question.

Also Read:
Demand for ‘1899’ Keeps Rising Despite Being Canceled by Netflix | Chart

“This season, executive producers Joe Port, Joe Wiseman and the brilliant cast delivered episodes that far surpassed our expectations. From the opening of the Woodstone B&B to epic Halloween and Christmas episodes, we have thoroughly enjoyed getting to know our GHOSTS even better. Much like our viewers, we love them more each and every week,” Amy Reisenbach, president of CBS Entertainment, said in a statement. “As the series continues to win fans on broadcast and streaming, we’re thrilled to bring back this touching and hilarious comedy for a third season.”

In addition to Port and Wiseman, “Ghosts” is executive produced by Mathew Baynton, Jim Howick, Simon Farnaby, Laurence Rickard, Ben Willbond and Martha Howe-Douglas, along with Alison Carpenter, Debra Hayward and Alison Owen of Monumental Television) and Angie Stephenson of BBC Studios. The series is produced by CBS Studios in association with Lionsgate Television and BBC Studios’ Los Angeles production arm. It is based on the BBC Studios distributed format “Ghosts.”

Season 2 of the comedy series saw it shift from its original 9 p.m. slot to 8:30 p.m., where it grew its audience to an average of 9.15 million viewers; that’s up 15% from Season 1. Per a release, “Ghosts” boasts a viewership of over 11.5 million viewers across linear and streaming platforms.

Florence Pugh opens up about public criticism of her 21-year age gap with ex Zach Braff: ‘People didn’t like it’