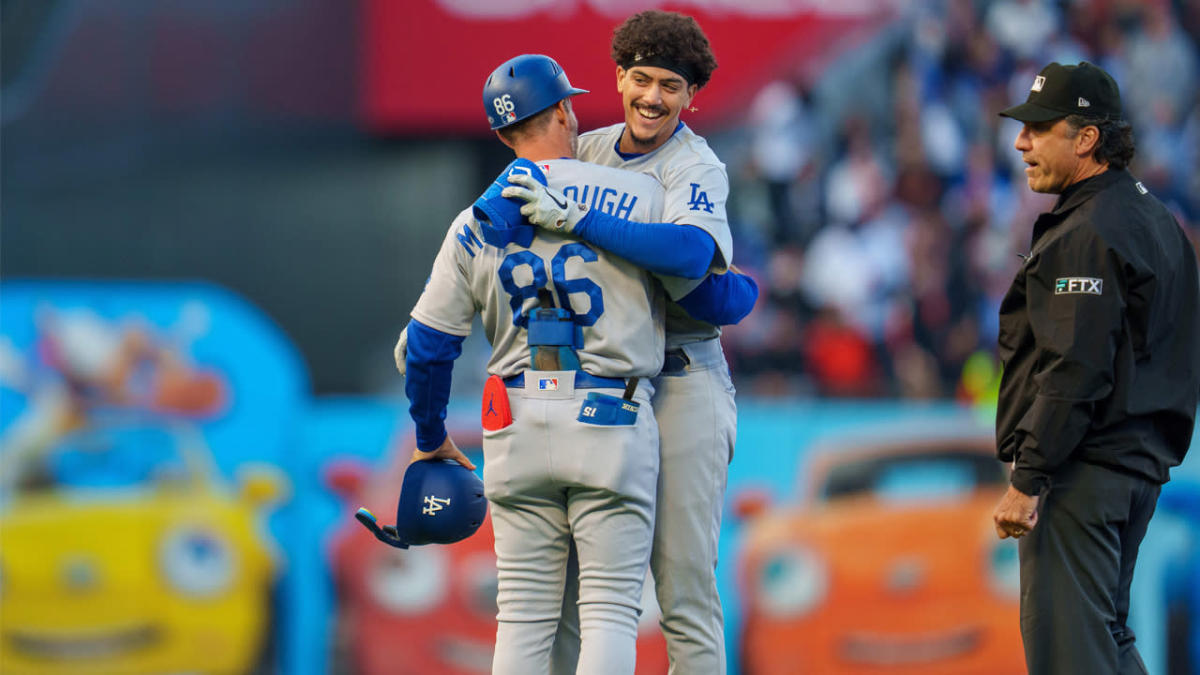 Los Angeles Dodgers infield prospect Miguel Vargas crushed an RBI ground-rule double in his first MLB at-bat Wednesday night against the Giants, and the good news is that the 22-year-old won’t have to haggle with the fan for the ball.

A Giants fan standing in the center field bleachers at Oracle Park snagged the ball after it bounced over the wall and he quickly tossed it to Blake Treinen in the nearby bullpen, appearing to trade it for the injured Dodgers reliever’s autograph.

The Dodgers promoted Vargas to the big leagues after placing veteran third baseman Justin Turner on the Injured List with an abdominal strain, and the rookie made an immediate impact, driving in the first two runs of the game for Los Angeles.

After his RBI double in the second inning, Vargas put the Dodgers up 2-0 with an infield single in the fourth inning, bringing home Max Muncy.

The Giants fan very likely could have held on to the ball and negotiated for a large collection of memorabilia from the Dodgers. Instead, all he wanted was a signed ball from Treinen and Vargas gets the keepsake without any hassle.