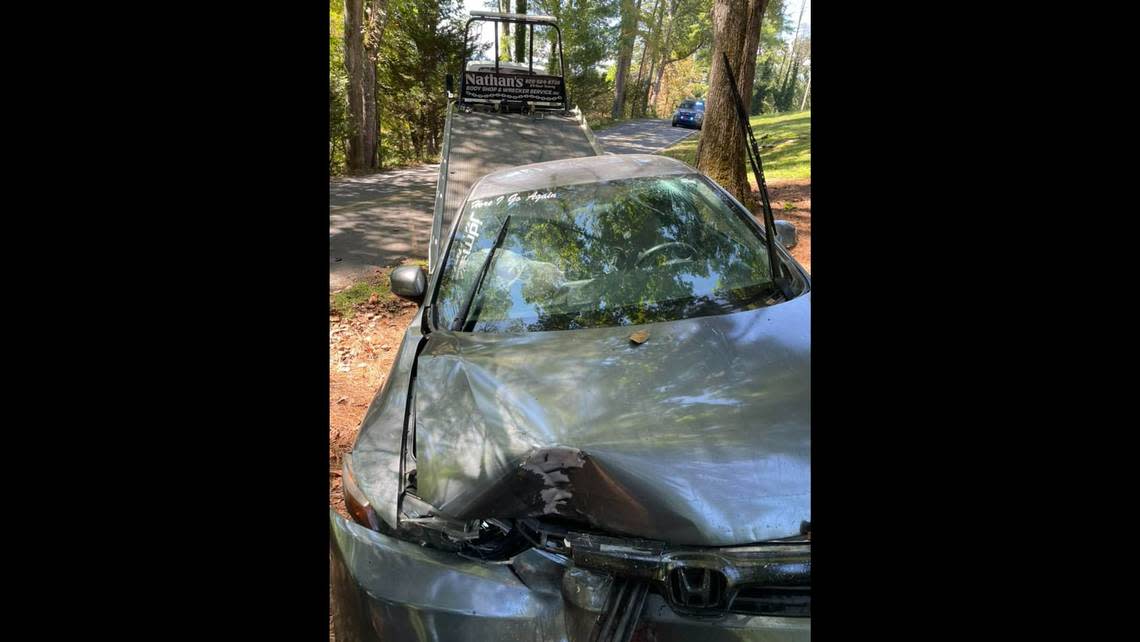 Golfers were sent running for their lives when a police chase jumped the curb and cut across a golf course in the North Carolina mountains, according to the Macon County Sheriff’s Office.

It happened Wednesday, Sept. 14, at the Franklin Golf Course in Franklin, about 190 miles west of Charlotte.

No injuries were reported, despite the vehicle crashing into a tree when the chase reached a nearby yard.

Bond was set at $4.2 million for the driver, who was described as “a menace to our community” by Macon County Sheriff Robert Holland.

Investigators say the chase began when the suspect dodged “a routine traffic stop” and began speeding through a construction zone.

“The vehicle was pursued by law enforcement and entered school property and then continued to drive off road and through a local golf course that sent golfers fleeing,” the sheriff’s office said.

“Once the driver entered Golf View Drive a detective with the MCSO attempted to utilize ‘stop sticks’ to disable the fleeing vehicle. To avoid the stop sticks the vehicle made an abrupt left hand turn into a local residence yard and collided with a tree. The driver of the vehicle exited the vehicle and attempted to run.”

He was quickly apprehended by a detective and found in possession of a handgun and a “large amount of fentanyl and methamphetamine,” the sheriff’s office said.

The driver was arrested, officials said, and charged with:

Two of his passengers were detained, including a woman charged with possession of methamphetamine and bringing narcotics into a jail “following a more thorough search” at the Macon County Detention Center, officials said. Bond was set at $100,000.

“A third person who was a passenger was released from the scene because she did not have anything illegal in her possession,” officials said.

Fugitive jumps in lake to escape, then begs pursuing cops to rescue him, NC police say

‘How is this even possible?’ Car climbs a utility pole in NC, baffling social media