Rapid tests for pupils on table in battle to keep schools…

Granthis Who Carried Guru Granth Sahib To India From Kabul 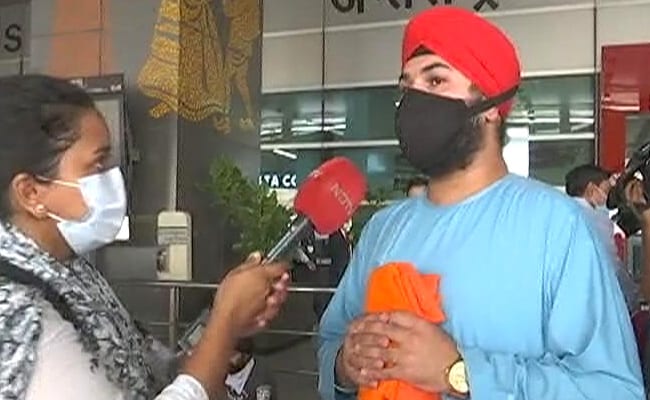 Speaking to NDTV on their arrival, 21-year-old Dharmendra Singh, who has been living in Afghanistan for the most part of his life, said, “We are Afghans with families in Delhi. The Taliban did come to the Gurudwaras but they didn’t say much. They didn’t say anything to the Hindus and the Sardars (Sikhs). But we wanted to leave the place since the situation in many areas, especially near the airports, is bad.”

“When we left the place, we saw a lot of fights and that is why we wanted to leave. There was a lot of firing which created fear. That is why we left and came here,” Kulraj Singh and Himmat Singh told NDTV.

“They didn’t say or do much. They said you are safe. Still, there was a sense of fear among the people,” Kulraj Singh said when asked what the militia did when they entered the Gurudwara.

“It was a very difficult decision to wrap up our lives in one suitcase. But we had to do it because that is how fearful the situation is over there right now. We have left our ‘watan‘ (homeland), our homes, our jobs – everything behind. It is sad but we had to do it,” Kulraj Singh said.

Union Minister Hardeep Singh Puri, who received the copies of the Sikh holy scripture at the Delhi airport Tuesday morning, had tweeted a video of him carrying one of the copies on his head with reverence. Two others were seen carrying the other copies, and chanting “Satnam Shri Waheguru” as they walked barefoot on the aerobridge.

Mr Puri on Monday had shared photos of three copies in three suitcases being carried at the Kabul airport.

A special Air Force flight flew the evacuees from Kabul to Tajikistan’s Dushanbe on Monday. An Air India flight with 78 passengers, including 25 Indian citizens, landed in New Delhi from Dushanbe Tuesday morning.

With Monday’s evacuation, the number of people brought back to Delhi from war-torn Afghanistan has gone up to around 730 since August 16 when the first group was airlifted from Kabul, a day after the Taliban seized control of the Afghan capital city.

India has stepped up efforts to evacuate its citizens as well as its Afghans fleeing their country from Kabul because of the worsening security situation in the capital city and other parts of the country after the Taliban’s stunning sweep to power last week.

India had said it will “facilitate repatriation to India of those who wish to leave Afghanistan” and said that Hindus and Sikhs from the country will be given priority.