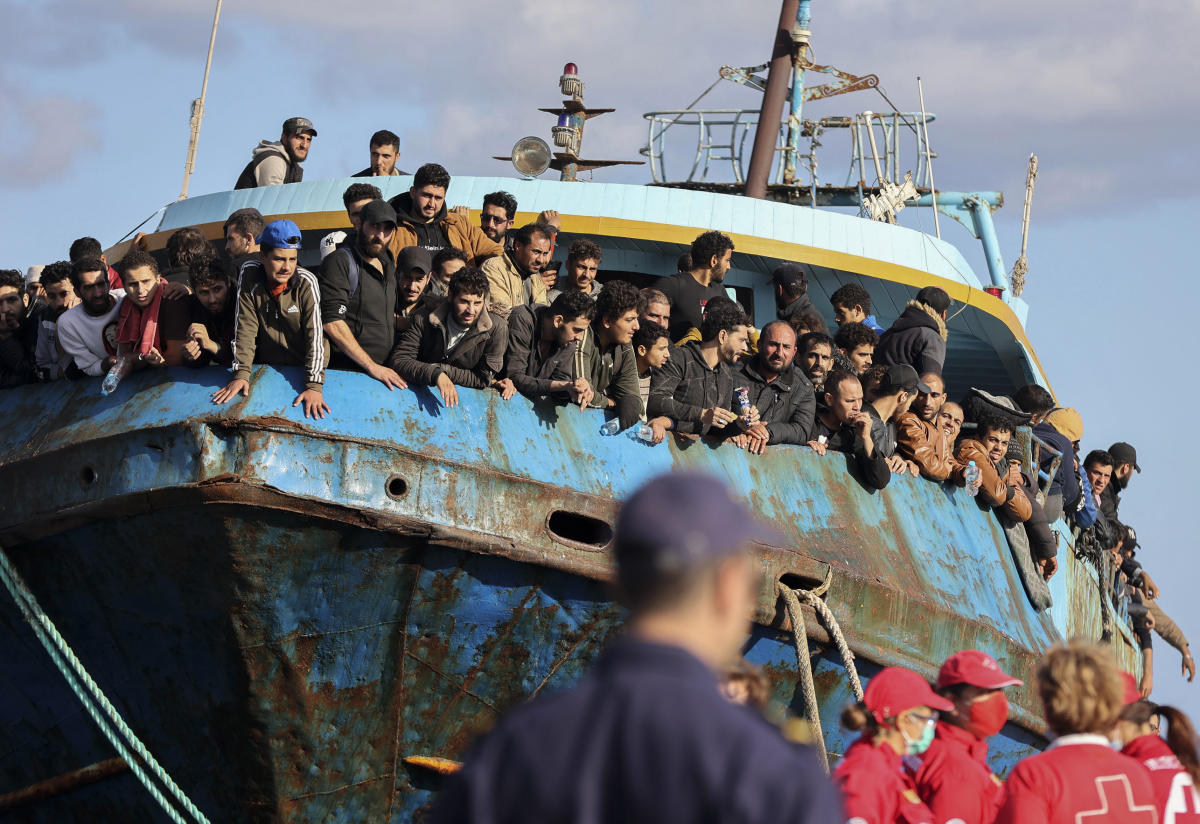 ATHENS, Greece (AP) — Greek authorities say they have arrested seven Egyptians suspected of having crewed a fishing boat crammed with nearly 500 migrants that lost steering in high winds off Crete and triggered a major rescue effort earlier this week.

The seven were arrested on suspicion of being involved in migrant smuggling, after a preliminary investigation identified them as allegedly having been members of the vessel’s crew, the coast guard said Friday.

The rusting 25-meter (82-foot) ship had been heading from Libya to Italy with 483 people on board when it lost steering south of Crete early Tuesday. Those on board made an emergency call to authorities, who launched a rescue operation. The fishing boat was eventually towed to Crete.

It was one of the largest numbers of migrants to have arrived together in the country in recent years.

According to the preliminary investigation, in which the European police agency Europol was also involved, the passengers had paid a smuggling ring $3,000-$4,000 each to be transported to Italy, the coast guard said. On the ship were 336 men, 10 women, 128 boys and nine girls from Syria, Egypt, Pakistan, Sudan and the Palestinian territories.

Tens of thousands of people fleeing conflict and poverty in the Middle East, Asia and Africa try to make their way into the European Union each year via perilous sea journeys. The vast majority head to eastern Greek islands from the nearby Turkish coast in small inflatable dinghies, or attempt to cross directly to Italy from north Africa and Turkey in larger vessels.

Greek Migration Minister Notis Mitarachi sent a letter to the European Commission Tuesday requesting that the passengers be relocated to other EU nations. He argued that Greece and other of the 27-member bloc’s border nations where many migrants first arrive in their effort to reach wealthier European countries “cannot be expected to shoulder an ever-increasing burden out of proportion to their respective capacities.”

Putin’s meeting with mothers of soldiers turns out to be farce: women were selected from among staff of Russian-aligned governmental bodies