Amid debt ceiling standoff, why Joe Biden is refusing to negotiate with Republicans

Are YOU washing your face wrong? Top dermatologists reveal the five common mistakes to avoid 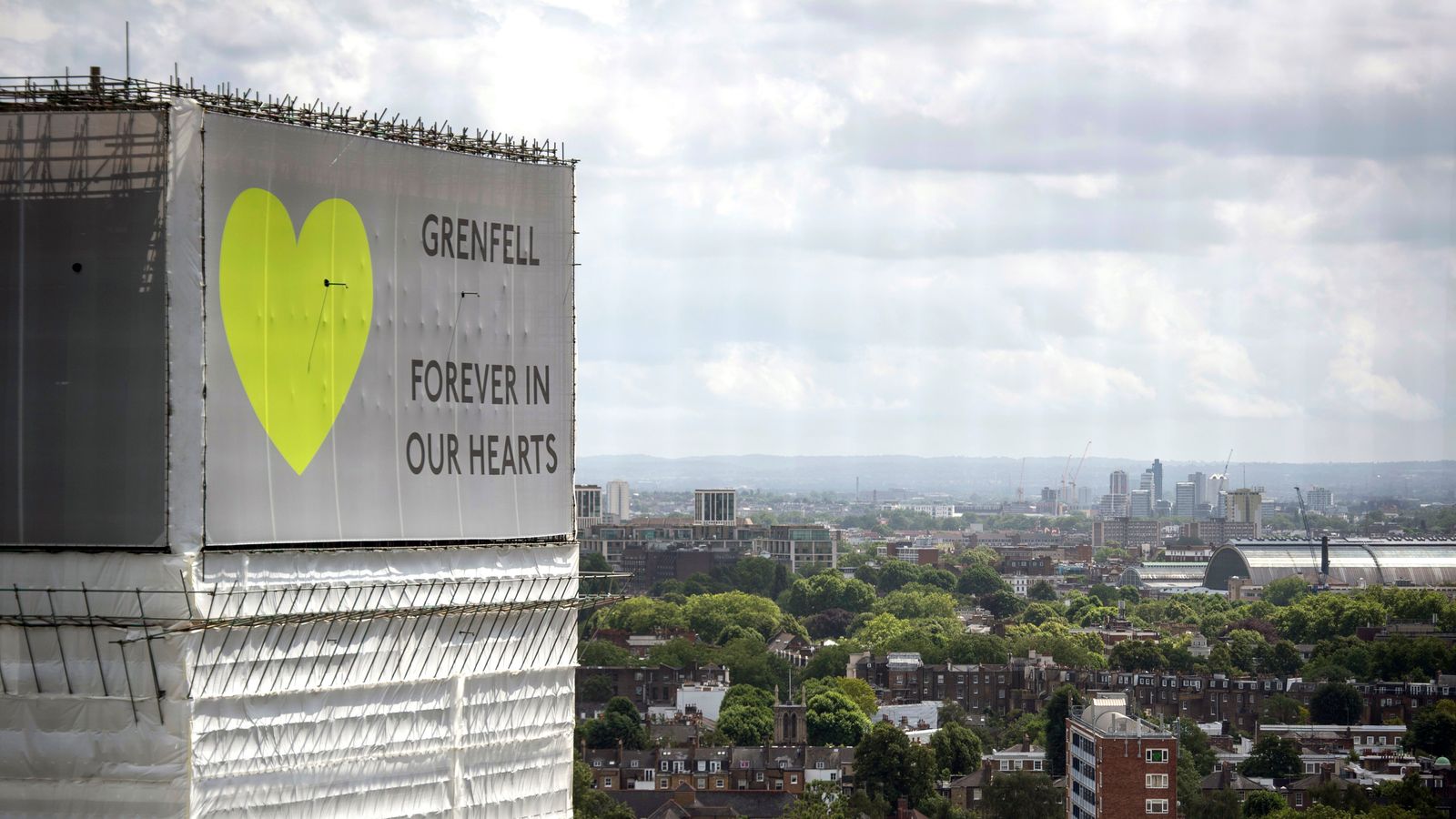 Grenfell Tower fire tragedy’s third anniversary is being marked today, The prime minister Boris Johnson said: “We are working to ensure it will never happen again.”

At midnight on 14 June 2017, news came from North Kensington, West London, the United Kingdom that a fire broke out in the 24-story Grenfell Tower block of flats. The building caught the fire and it was burning for several hours. It was started from the kitchen in less than 3 hours the fire caught whole the buildings, the fire spread to all four-sided.

According to the media reports the fire began from the kitchen of flat 16 on the fourth floor the flat owner Behailu Kebede said “I woke up after smelling the fire and hear the fire alarm.” he further added, “I call the fire brigade at Midnight 0:55 BST and in the next 5 minutes the four fire engines arrived at the location.”

It all happens due to the malfunctioning fridge-freezer which was the freezer of Behailu Kebede, the fire was one of the deadliest fires in the history of the United Kingdom. For 25 hours the Grenfell Tower was burning, the situation was under control the next day on 15 June. approximately 250 London Fire Brigade firefighters and 70 fire engines were involved from stations all across London in efforts to control the fire and rescue residents. The emergency was declared in West London, more than 20 Ambulances and 100 crews were at the spot. Around 60 people were rescued by firefighters.

According to the media reports, 72 poor souls died in the tragedy and around 220 people escaped, According to The Guardian “From taxi drivers and teachers to Soldiers and Artists everyone died.” 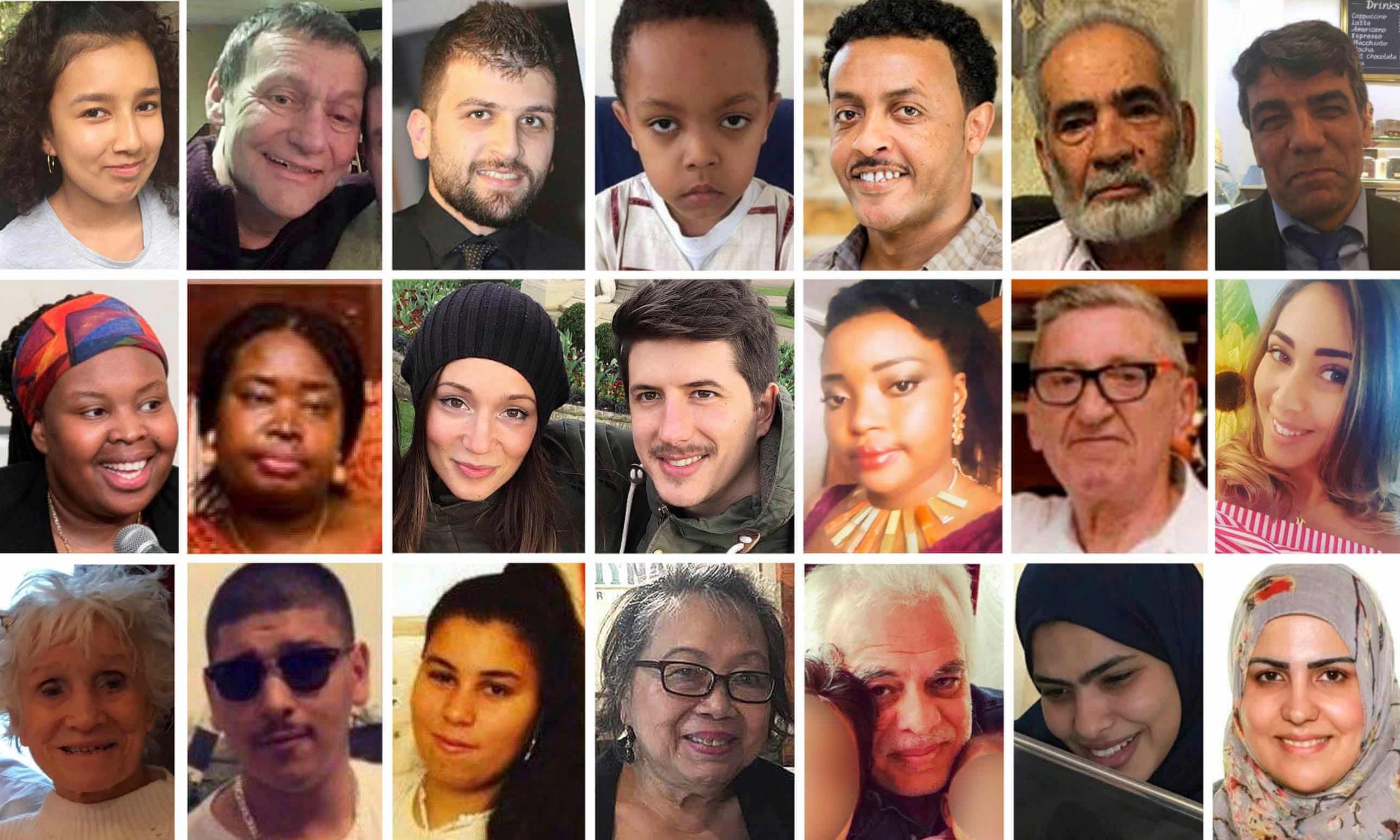 (The victim’s names were provided by The Sun)

Today on 14 June 2020, Due to lock down the third anniversary will be taking place online in commemorations. A virtual service, remembering the 72 people who died, was hosted by the Bishop of Kensington at which video messages by the prime minister and leader of the opposition were played.

It’s been 3 years since Grenfell and still no justice the Uk government has really failed the victims #JusticeForGrenfell pic.twitter.com/SJF7LogNwj

Absolutely nothing about Grenfell sits right.

From the missing money that was raised for victims.

To the random number that was assigned to deaths

To the number of families without housing THREE years on.

To the closing of the enquiry before anyone was held accountable
???

If you sat and watched Grenfell Tower happen and heard Jacob Rees-Mogg say the victims lacked common sense, watched my people dem being deported to their deaths during the windrush scandal and sat through all the death and poverty and still voted Tory, you are not my friend

Three years on from the Grenfell tragedy, victims are still waiting for justice and thousands are still living in buildings fitted with dangerous cladding. We must keep up the pressure to hold those in power to account and ensure this never happens again https://t.co/42cltPGb2R

Thoughts very much with #Grenfell victims, survivors & their fams.
Let’s be honest, 72 people died because of rampant capitalism & because these lives -working class black, brown & white lives weren’t worth the cladding.
One of the UK’s most shameful days #GrenfellNeverAgain ? pic.twitter.com/88JoTErQ5E

Today we remember all those who lost their lives at Grenfell Tower. My thoughts are with the bereaved & survivors who fight, day in, day out, to ensure such a tragedy never happens again. We, in Parliament, must do all we can to help them. Their loved ones must not be forgotten

Never forget, never give in.

72 people died because of a decades long failure in social housing policy and deregulation.

Those who tragically lost their lives, and the families of the victims of #Grenfell deserve justice. #Justice4Grenfell ? https://t.co/EmkaJsgFt0

I remember the night Grenfell happened and people were showing screenshots on twitter of their last conversation with a loved one stuck in that building, it was so upsetting man. These three years have gone quick but I'm sure it's dragged for those victims #JusticeForGrenfell

R. I. P to all those who lost their lives in Grenfell. Justice is still pending but let’s be honest ..it’s gonna take years and they are trying to delay it and cover it up. ??We’re still waiting for answers and justice for the new cross fire victims in 1981 ?❤️? https://t.co/4APJ0gahef

Join us tonight at 6.00 pm in remembering all the victims of the Grenfell Tower disaster. Our church bell will be tolled 72 times in memory of all who died. @GrenfellUnited #GrenfellNeverAgain @dioceseoflondon pic.twitter.com/iWjr2VIpYO

EMEA TRIBUNE paying tribute to the victims of the Grenfell Tower Fire, My prayers are with the victims & their family, hope they get justice. I hope that the government of the UK will arrest those who are involved in this tragedy.

Boston Celtics reserve guard Payton Pritchard candidly shared his thoughts on his future with the team with the NBA trade...

HELSINKI (Reuters) – Workers in several technology industry companies will go on strike in Finland from Wednesday to Friday this...

WASHINGTON — Senators are seeking to revisit police reform talks after the release of graphic videos of Memphis officers fatally...

A woman who vanished while walking her dog warned of her usual ‘spooky’ route just weeks before she vanished. Nicola...

Eagles' Landon Dickerson suffered an injury to his right arm in the fourth quarter of the NFC Championship Game. By...

Bo Horvat was surprisingly traded to the Islanders on Monday. How does this deal impact the Bruins ahead of the...

What’s going on with Aaron Rodgers and the Jets? Analyzing the possibility of a blockbuster trade

In 2008, the Jets acquired veteran quarterback Brett Favre in a trade with the Packers. Now dreams of Aaron Rodgers...

For the second time this month, a verbal altercation involving the Memphis Grizzlies led to a fan being escorted off...

Timo Meier trade: What Sharks want in deal for elite winger, per source

What do the Sharks want in a trade for Timo Meier? It sounds like three pieces.

Jack Hughes has lit the NHL on fire lately, registering 25 points in his last 14 games.

Even though the 2022 Florida State football season concluded just over a month ago, all eyes are already turned to...

Column: Bobby Hull was a Chicago Blackhawks legend, but he leaves a complicated legacy

Few things in sports were as memorable as a rush up the ice by the Chicago Blackhawks with Bobby Hull...