Russia suggests "defeat" in Ukraine could "trigger a nuclear war"

Pakistani listed by UN as terrorist denies links to al-Qaida

Zelenskyy said he's not sure Putin is still alive, as he seems absent from decision-making 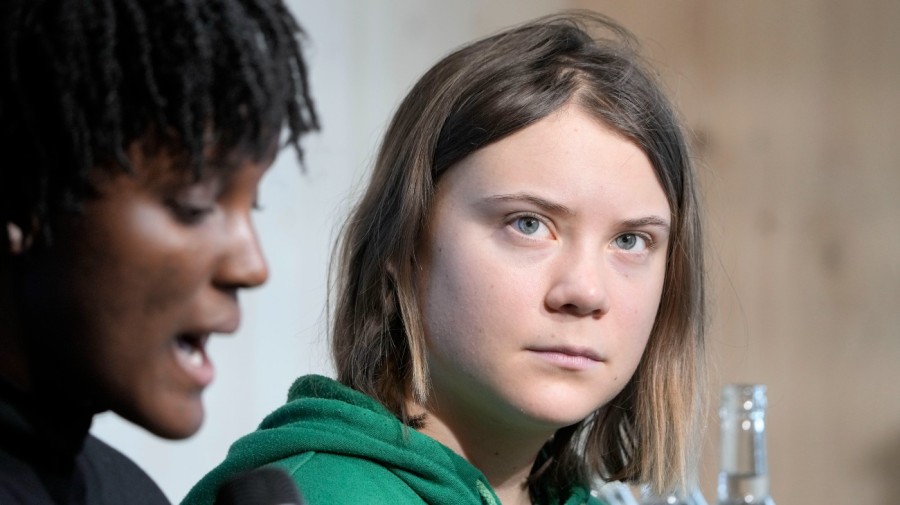 “Lobbyists have been influencing these conferences since forever, and this just puts a very clear face to it. … It’s completely ridiculous,” Thunberg said on the sidelines of the World Economic Forum’s annual meeting in Davos, Switzerland, according to CNBC.

Climate activists including Thunberg have critiqued the choice of Sultan Ahmed al-Jaber, the head of the Abu Dhabi National Oil Co., to helm the COP28 climate talks at the end of the year, arguing that al-Jaber’s crude oil–pumping company is a conflict of interest.

The UAE, which is one of the planet’s top oil producers, has also come under scrutiny as the host of the U.N. climate talks, since fossil fuels are the main driver of climate change.

John Kerry, the U.S. special presidential envoy for climate, said earlier in the week that he backs al-Jaber as the COP28 host, calling the UAE pick a “terrific choice” and highlighting that al-Jaber has been involved in a number of renewable energy projects.

The UAE has promised to be carbon neutral by 2050, despite plans to up its output of crude oil.

Thunberg was escorted away from the site of a protest against the expansion of a coal mine in Germany earlier this week and was detained by Germany police with other demonstrators.

Days later, she was at the swanky Swiss town of Davos for the World Economic Forum, participating in the panel with fellow climate activists.

Going out on top: Netflix co-CEO Reed Hastings QUITS – but will stay on as executive chairman

NASHVILLE, Tenn. (AP) — The Tennessee Department of Correction has fired its longtime top attorney and another employee following a...

NATO: Russia will remain a threat to us even if it loses the war in Ukraine

A senior NATO military official said on Thursday that Russia would remain a threat to the alliance even if its...

Pete Davidson and Snoop Dogg Named Captains for 2023 Pro Bowl: ‘The Competition Is Going to Go Off’

Green Bay Packers quarterback Aaron Rodgers could force his way out of town this offseason. What teams make sense for...

Jenson Brooksby shocked second-seeded Casper Ruud early Thursday, but Andy Murray stole the day with another five-set win in the...