As Gerrymanders Get Worse, Options to Overturn Them Get… 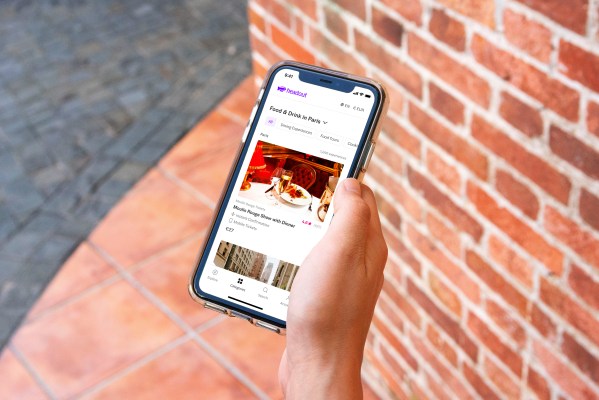 The travel industry was one of the hardest hit by the pandemic, and startup Headout was no exception. A marketplace that let tourists make same-day bookings for tours, events and activities, the app expanded around the world after launching in 2015. Then COVID-19 hit.

But business is growing again thanks to rebounds in domestic travel and Headout claims it has grown 800% since January 2021. The company announced today it has raised $12 million led by Glade Brook Capital, which has also invested in marketplaces like Airbnb, Meituan, Uber and Instacart. The round included participation from returning investors Version One Ventures, Nexus Venture Partners, FJ Labs, 500 Startups, Haystack and Ludlow Ventures, and new investors Espresso Capital and Practical VC.

Headout says it reached profitable EBITDA (earnings before interest, taxes, depreciation and amortization) in July. The new funding will be used to expand into 300 cities, product development and its product, business, marketing and operations teams. Headout plans to hire more than 150 employees around the world and is also looking for opportunities to acqui-hire travel and entertainment startups.

This represents a massive turnaround from the beginning of the pandemic. In an email, co-founder and chief executive officer Varun Khona told TechCrunch, “the pandemic was devastating as you’d imagine. Our business went from doing $250 million+ to negligible scale in a matter of weeks.”

But as travel gradually resumes, Headout identified “two massive tailwinds.” The first is an unprecedented demand for domestic travel. The second are travel experience providers who are digitizing for the first time. The company began focusing on domestic tourism in the last quarter of 2020. It’s seeing the highest demand in places with relatively high vaccination rates, like the United States, the United Kingdom, the European Union and the United Arab Emirates.

“To win this space, we prioritized onboarding new experiences that are more diverse, local and niche to attract domestic travelers. We standardized these mom-and-pop experience providers, upgraded their services and brought them online,” said Khona. “In conjunction, we worked hard on making Headout available in local languages — not just with machine translation but by actually ensuring we create content that is compelling and inspiring.” For example, 85% of bookings in Spain are sold in Spanish.

When asked how Headout differentiates from other on-demand booking marketplaces, Khona said in 2018 it evolved from a traditional listings oriented marketplace, like Booking.com, to a “more managed marketplace” by standardizing, upgrading and branding experiences to ensure consistent quality. This increased conversion rates, which in turn “helped us provide more sales to our partners and hence command a higher take rate,” leading to profitable unit economics.

Kakao Mobility picks up additional $55M funding at over $4.2B valuation

If we can’t design autonomous robots, maybe they can design themselves