Are the Bengals the NFL's next great villains? 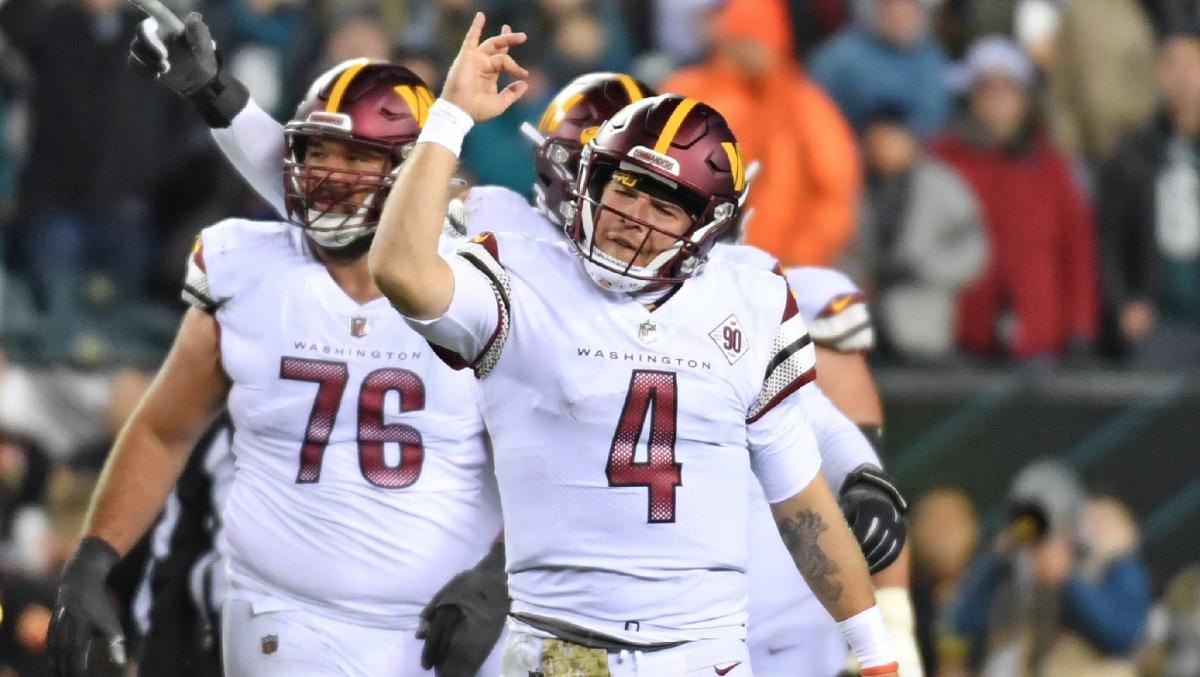 The Washington Commanders are officially on a roll. They’re enjoying the spoils of strong defensive play as their thrilling Week 12 win over Atlanta saw their record improve to 7-5 – the first time they’ve been two games above .500 since 2018.

In virtually any other year, those conditions would mean Washington would be sitting pretty with regard to playoff aspirations. But 2022 is different. The NFC East is the best division in football and every team is in contention. Still, Washington still has ground to cover before potentially securing their spot in the postseason.

The NFL playoffs work like this: in each conference, the four division winners are guaranteed a spot. Beyond that, the three teams with the next-best records across the conference are awarded Wild Card spots – that’s what got Washington into the playoffs two years ago despite the fact they finished 7-9.

Because of the fact that the Seattle Seahawks lost to the Las Vegas Raiders in overtime on Sunday, the Commanders jumped into the final Wild Card spot in the NFC.

So, here’s where things stand regarding the Commanders’ postseason chances with five games remaining this season in a crowded NFC playoff race, with each team’s strength of schedule remaining.

In a Playoff Spot

Yes, that’s correct. If the playoffs started today, all four teams from one division (the NFC East) would qualify for the postseason — that’d be a first in NFL history. However, Washington’s particular situation is interesting.

Their remaining schedule includes two straight games against the New York Giants. Those two contests will determine just how comfortable each team is heading into the final three weeks of the season. After that, Washington takes on the vaunted San Francisco 49ers defense, then they return home to play the Cleveland Browns on New Year’s Day before closing their regular season out against the Dallas Cowboys in Week 18.

Essentially, the Commanders’ playoff situation improved tremendously on Sunday. Not only did they take down Atlanta, winning their sixth game in seven weeks, but they also have to tip their hat to the Raiders for taking down another NFC Wild Card contender in Seattle.

With five games remaining this season, and three of those games coming against division rivals, the Commanders are riding their momentum into Week 13.

U.S. coach Gregg Berhalter has silenced critics at World Cup, but his biggest test is next: Iran

A Boise man shot a bass player outside a concert venue in 2021. He was just sentenced

A Boise man who shot a musician in 2021 was sentenced to prison on Tuesday and could serve up to...

Ambassadors, UN officials and experts from the international community have been sharing ways to better prevent genocide, ethnic cleansing, war...

An Irish teacher who was dismissed amid a row related to transgender pronouns was arrested after he returned to the...