Hindu Temple Construction in Islamabad, Hindus in Pakistan are Happy

Shri Krishna Mandir Islamabad, Should the Government of Pakistan build Hindu Temple in Islamabad? What Jinnah Said? This article will cover the PROS & CONS and the Reaction of Pakistani’s. Before starting EMEA TRIBUNE want to quote Mr. Jinnah Father of the Pakistani Nation who has said in the 1940s,

“To me, Hindus, Muslims, Parsis, Harijans, are all alike. I cannot be frivolous” 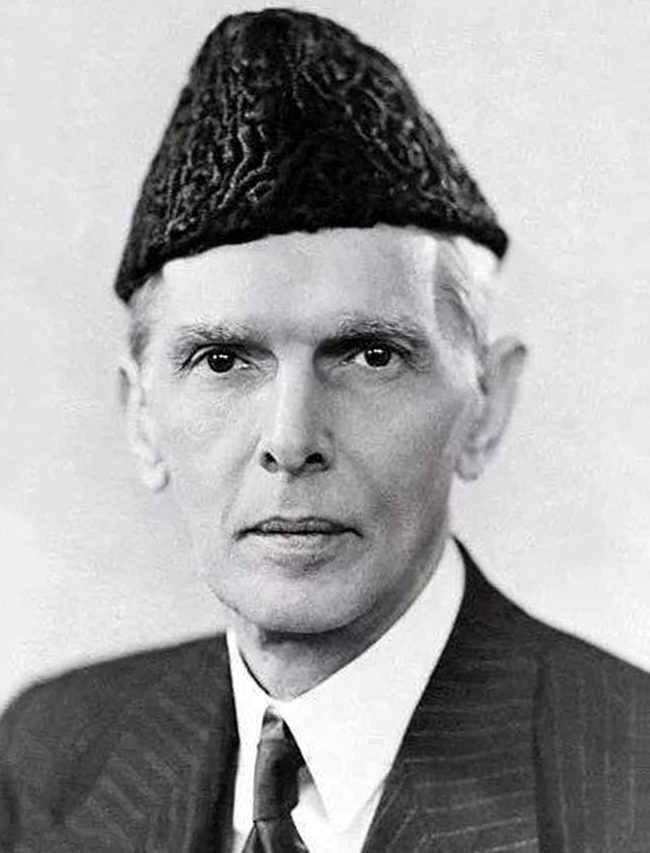 Before 1947, Temple structures were present in Islamabad and surrounding regions Construction Work of Shri Krishna Mandir Islamabad has been stopped by the CDA. The Government of Pakistan is now facing criticism over building a Hindu Temple in Islamabad, and according to Capital Development Authority (CDA) its a serious violation to create a temple in Islamabad. CDA says “Plan of Temple has not been approved yet by us and no NOC was issued for the construction of the temple, therefore the work has been halted.”

CDA Spokesperson said, “Building or Temple can not be constructed without the approval of the map, But the concerned persons have been asked to approve the map of the temple.”

On June 23, 2020, A Parliamentary Secretary for human rights Mr. Lal Chand inaugurated the construction work on the land approved for the temple. The Prime Minister has announced Rs 100 million for the first phase of the construction of the Temple. The Hindu community of Pakistan has been demanding the allocation of land where they could build a temple, while the CDA had allocated half an acre in sector H-9 for building a temple.

It will be first ever temple in #Islamabad since centuries. The govt provided 4 canals of land for construction of temple. Long live Pakistan.

Particiapted in ground breaking ceremony of #Kirshna #temple at Islamabad H-9 sector, organized by #Hindu Panchayat Isb. It will be first ever temple in #Islamabad since centuries. The govt provided 4 canals of land for construction of temple. Long live Pakistan.@SMQureshiPTI pic.twitter.com/ucd9Umocb9

Petitioner Chaudhry Tanveer Advocate who is a lawyer by profession has gone to the court in Islamabad over the government’s allotment of land for the temple and halting construction work. Petitioner said that the development agency of Islamabad (CDA) had violated the master plan of the federal capital by allocating land for the construction of a temple in Sector H-9 of the city. What has been done is illegal. However, the Islamabad High Court has refused to issue a restraining order against the construction of a Hindu temple for performing Hindu religious rites in Pakistan’s capital Islamabad.

A mufti of madrasa has issued a fatwa against constructing the temple (EMEA TRIBUNE received a copy of Fatwa and affidavit). 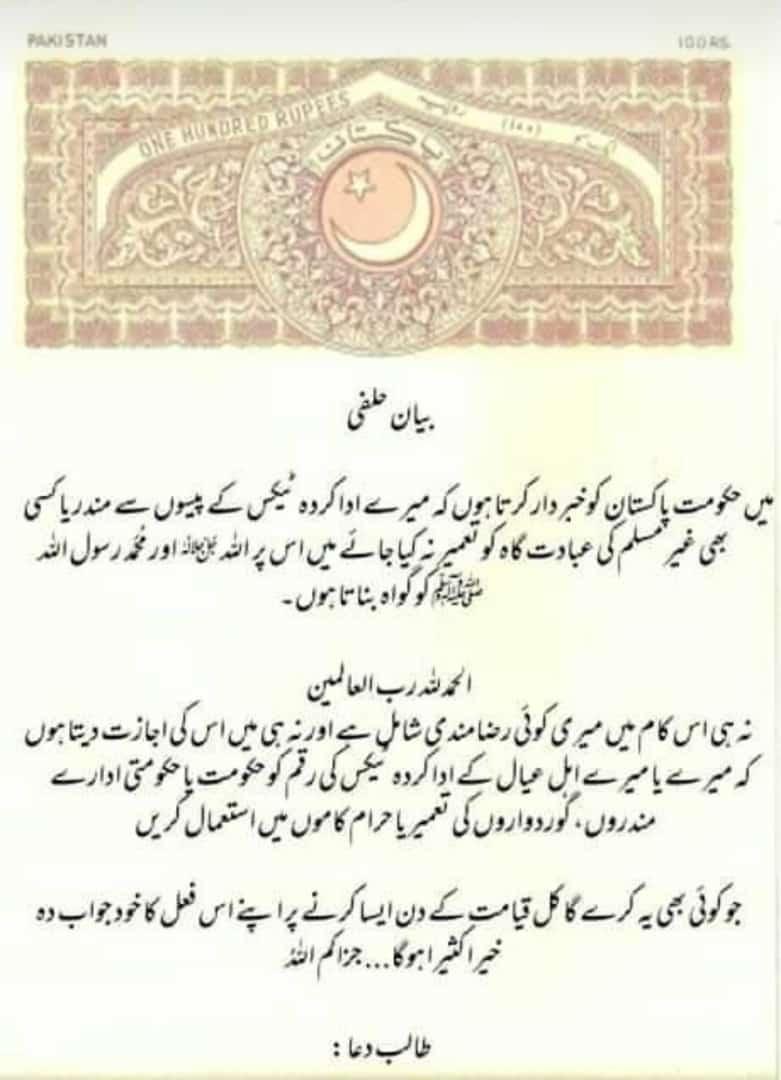 The speaker of the Punjab Assembly Ch Pervaiz Elahi who is a senior politician has also opposed the decision of constructing the Hindu Temple in Islamabad. He further said Pakistan was built in the name of Islam and the construction of a new Hindu temple in Islamabad is not only against Islam but also the state of Madinah which Prime Minister Imran Khan always says that I will make Pakistan the same as “Riyasat e Madinah”.

Pakistani’s on Hindu Temple in Islamabad

People on Saturday in Pakistan were tweeting with the hashtag #MandirTauBanega and it was trending on Twitter at number 1 position, at the time of publishing this story it is also trending as of now.

Jinnah granted us the right to religious liberty. You can visit masjid 5 times a day, that's because it's beside your home. The Hindus residing in Islamabad deserve this right too. #MandirTauBanega pic.twitter.com/mJiEVY6Dwl

A radical Muslim group who are opposing construction of temple in Islamabad should read this Charter of Privileges to non-muslims written by Prophet Muhammad (P.B.U.H) and if they are still opposing this construction then they are definitely disobeying Islam.#MandirTauBanega pic.twitter.com/nC9O98NGeK

#MandirTauBanega ????
Remember Babri Masjid?
Anyway, i have no complaints against building mandirs, but only Hindu's money should be used and government should not take any part in it. Govt. Cut tax and zakaat from my salary, imagine spending that money on building a mandir? pic.twitter.com/6yI6RgD2Qs

This is not even a debate you bigoted fucks. Jinnah gave everyone equal rights. Hindus are equal citizens of Pakistan and it is as much their country as it is ours. You are not following Islam you are following behis mullaiyat when you oppose. #MandirTauBanega

Will just leave this hadith here ‘Beware! Whoever is cruel and hard on a non-Muslim minority,curtails their rights,burdens them with more than they can bear,or takes anything from them against their free will. I (Prophet PBUH) will complain against the person on judgement day’

I'm Muslim I openly support building of temple. Islam preaches us to respect non-muslim's beliefs and giving them proper rights. Trust me construction of temple isn't gonna weaken your Iman so put your senseless ego, extremism aside and let live everyone freely#MandirTauBanega pic.twitter.com/8RDzRnoweM

This is also Pakistan!!

Anyone who has a problem with Hindu Temple construction in ISB can consider leaving, as Pakistan belongs to ALL. If our flag of ?? has space for our minorties (Including Hindus) then our hearts & cities have space for their places of worship too #ShameOn92News #MandirTauBanega pic.twitter.com/d0ebva1cKS

This is not modi's India, this is Quaid's Pakistan.
We will built Mosques, Temples, Churches, Gurudwaras and take care of all the religious communities residing in Pakistan.#IStandWithOurHinduCommunity #MandirTauBanega
Let's spread these hashtags to tell them, we stand united. https://t.co/bZiOtLtbqb

Well, Covid or not, these mullahs cannot ever seem to stop their fitna & thuggery. #MandirTauBanega

This is disgusting and shameful that @92newschannel is terming it their victory as CDA has stopped construction of a #Hindu #temple in #Islamabad. Simply, #ShameOn92News for siding with and promoting bigotry. This is Jinnah's Pakistan, not mullah's Pakistan. #MandirTauBanega pic.twitter.com/uvkPHwUcis