How Juan Soto fared in his San Diego Padres debut 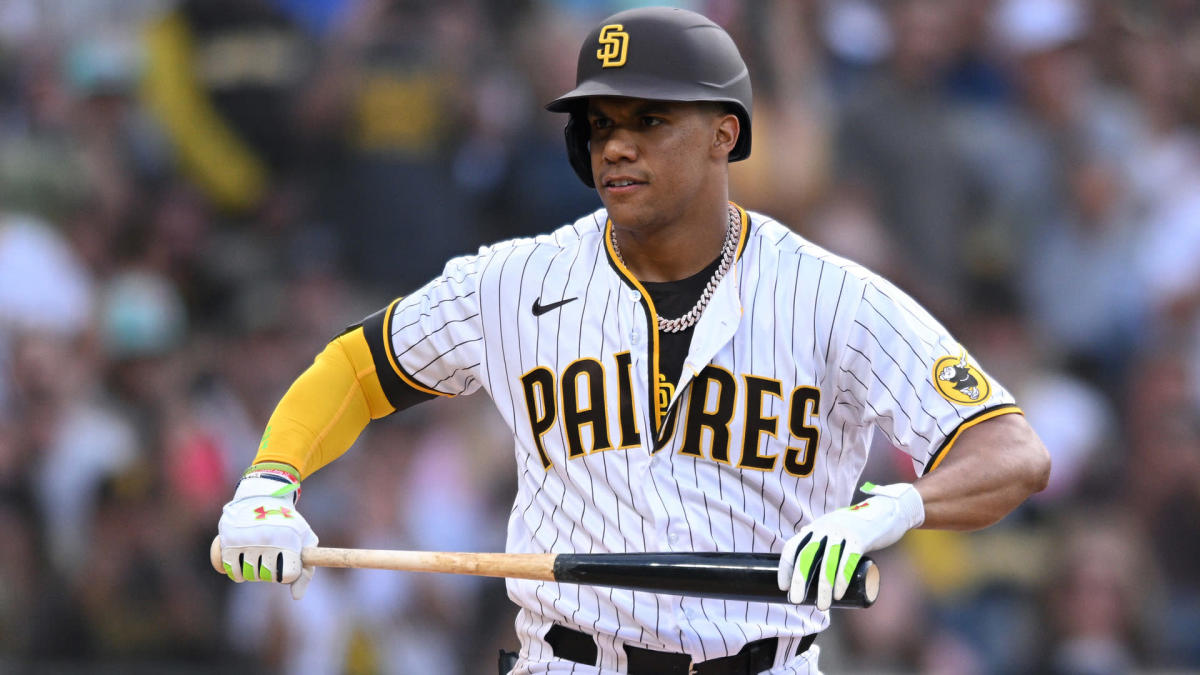 Juan Soto got the most attention in his first game as a San Diego Padre on Wednesday night, but it was another brand new Padre who got the biggest hit.

After walking in his first at-bat in San Diego, Soto came in to score on a bases-loaded walk three batters later.

Next up, was Brandon Drury, also playing his first game in San Diego, and the Padres designated hitter sent the Petco Park crowd into a frenzy with a grand slam in his first at-bat with his new team. Drury’s 402-foot grand slam to left field gave the Padres a 5-0 first-inning lead against the Colorado Rockies.

Drury made homer history with his deep drive, becoming the first Padre ever to hit a grand slam in his first at-bat with the team. Drury was traded from Cincinnati to San Diego on Tuesday, in a deal that was separate from the Soto mega-trade with Washington.

In the fifth inning, Manny Machado added to the Padres’ power surge with his 19th homer of the season, when Rockies pitcher Chad Kuhl grooved a belt-high pitch right down the middle. The 389-foot homer put the Padres ahead 7-1.

Two batters later, Jake Cronenworth made it 9-1 with a two-run homer to right. For Cronenworth, it was his 11th homer of the season.

Josh Bell, who came over from Washington in the Soto trade, also made his Padre debut. Bell started at first base and scored two runs, reaching base both times on walks.

A beneficiary of the Padres’ offensive outburst was starting pitcher Blake Snell. The Padres left-hander pitched six innings, allowing just one run and striking out nine Colorado batters to earn his fourth win of the season. Snell has allowed one run or fewer in five of his last six starts.

Soto’s final stat line for his San Diego debut was 1-for-3 (a line-drive single in the eighth inning) with two walks, one run scored and plenty of cheers and standing ovations from the home crowd.

Soto began his day at Petco Park over six hours before his first at-bat when he arrived in the locker room to meet his new teammates, before meeting the media for his introductory press conference.

When asked about a Padres super lineup of Fernando Tatis Jr., Machado and himself, Soto said, “It’s gonna be really exciting, it’s gonna be tough to go through. I wish good luck to the other pitchers.”

The Padres will go their sixth straight win and a five-game series sweep of Colorado on Thursday, when the teams play a 4:10 p.m. ET game.

Re-evaluating the Hunter Renfroe trade after Jackie Bradley Jr. DFA is not pretty