What's next for Matt Patricia and the Patriots? 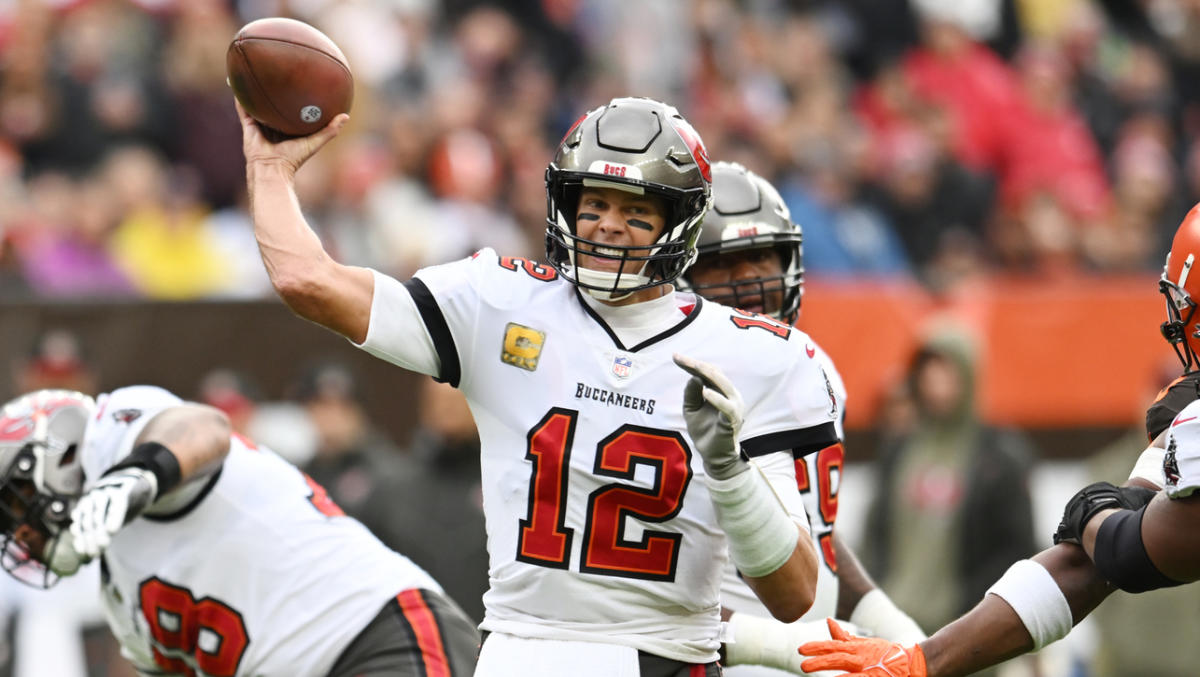 It has been a disappointing season for Tom Brady and the Tampa Bay Buccaneers. Sunday’s loss to the Cleveland Browns may have been their most frustrating defeat yet.

The Bucs had a seven-point lead with 33 seconds remaining in the fourth quarter. That’s when Browns quarterback Jacoby Brissett — Brady’s former New England Patriots teammate — found his tight end David Njoku, who made a ridiculous one-handed grab to tie the game at 17.

Njoku’s TD forced overtime, and it was all downhill from there for Brady and the Buccaneers. Brady’s right tackle Tristan Wirfs was carted off the field with an injury and safety Antoine Winfield was shaked up during the OT period.

A clutch 46-yard catch from wideout Amari Cooper brought the Browns to Tampa’s two-yard line. Running back Nick Chubb punched in the game-winning touchdown to bring the Bucs back under .500 (5-6).

Here’s a closer look at Brady’s performance in Sunday’s loss.

Brady completed 29 of his 43 pass attempts for 246 yards, two touchdowns and no interceptions. He was sacked three times for 17 yards and posted a 97.6 QB rating.

Brady connected with wideout Chris Godwin for a 10-yard TD in the first quarter.

Brady and the Buccaneers will look to bounce back in Week 13 when they host the New Orleans Saints on Monday Night Football.

A bullet fired during a road-rage shooting hit a car’s headrest, narrowly missing a passenger, South Carolina officials said. The...

WASHINGTON (Reuters) -U.S. Senator Josh Hawley, a Republican and China hawk, said on Tuesday that he would introduce a bill...

The weight on the Bengals bandwagon has led to a drastic shift in the title game odds, where Cincinnati is...

Women should NOT get menopause leave, MailOnline readers overwhelmingly say

Seven out of 10 MailOnline readers agree with No10 rejecting trials of menopause leave. Time-off for women affected by ‘the change’...

Tom Cruise in Top Gun: Maverick; Viola Davis in The Woman King; Taylor Swift (Everett Collection/Getty) Would we have more...

See First Trailer For Rihanna’s Super Bowl Halftime Performance Lady Gaga and Rihanna will square off for the best original...