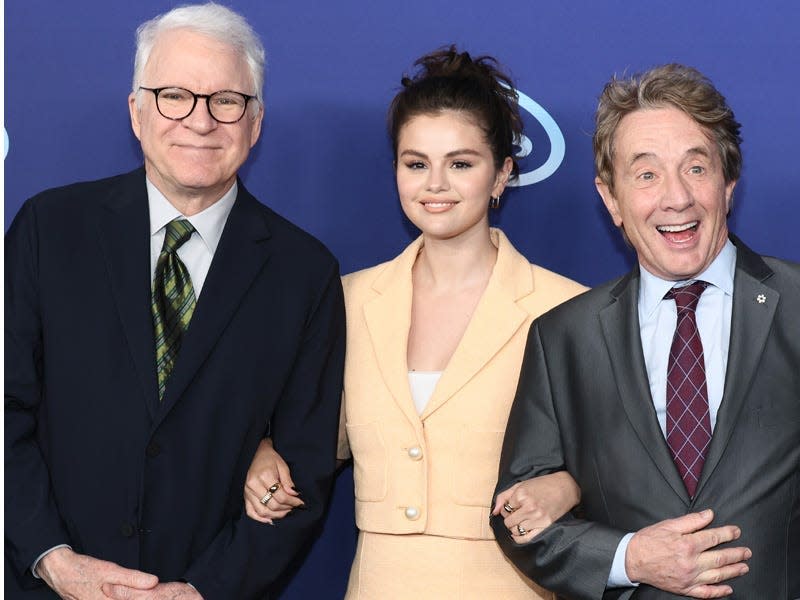 If you’re looking for Martin Short or Steve Martin on the set of “Only Murders in the Building,” you’ll probably find them playing a board game.

Insider spoke with actor Julian Cihi — who played Tim Kono in season one of the Hulu series — at the Tony Awards red carpet on Sunday.

The “Take Me Out” star talked about working with stars like Selena Gomez, what’s to come next season, and the “indirect” lesson he learned from the way the legendary comedians “conducted themselves.”

“Steve and Marty would be playing card games or board games during our breaks while everyone else was on their phones or taking a nap,” Cihi told Insider.

“They’re veterans, but they were always active,” he continued. “They were just having fun, and it was inspiring.”

While it’s unclear what specific games they played, Short and Martin seem to be fond of Scrabble.

Speaking with 88Nine Radio Milwaukee in April, the comedians said they bonded over the spelling board game while filming “Three Amigos” in the ’80s.

And their games have likely been competitive ever since. Aaron Dominguez, who plays Oscar in “Only Murders in the Building,” previously told Insider that the actors would roast each other “nonstop” on set.

“Every day — whether it was Martin making fun of Steve in any way that he could — the banter was nonstop,” Dominguez said.

Of course, Cihi also spent time with Gomez on set, and described the actress, musician, and makeup mogul as “so sweet.”

While Cihi won’t be featured in the upcoming season — his character is “dead and gone,” as he told Insider — he still has an idea of what’s in store.

“I would be murdered if I told you,” he joked about why he couldn’t reveal any details of season two. “But I’ve watched the first three episodes raw. There’s a lot of new, very exciting characters.”

Congress passed a bill Friday that aims to keep up the expanded, pandemic-e…