Islamabad: The Islamabad High Court stopped FIA to harass the PTI social media activist Maryam Shafat Malik aka Maryam Maddy. IHC issued a notice to the FIA Cyber Crime Wing in response to a petition filed by social media activist Maryam Maddy against harassment by the FIA. Justice Athar MinAllah told FIA to Stop harassment and don’t take any disciplinary action until May 31, 2022. The Director FIA Cyber Crime Wing has been called for the next hearing which is on May 31, 2022.

FIA has been restrained by Islamabad High Court (IHC) from taking any adverse action against me and restrained from harassing me. They will also be sent notices..The next hearing date is 31st May.

Also for the record, I have told the media that I don’t believe our Army or Agencies are harassing us social media activists.. it is the Government (said ‘Opposition’ by mistake probably coz my mind still hasn’t accepted this Imported Gov) As for my activism, it WILL continue.

I believe, for Pakistan, it is my constitutional right to question COAS Qamar Bajwa about the letter that threatened Imran Khan & our sovereignty and the regime change that took place under his watch.

FIA has been restrained by Islamabad High Court from taking any adverse action against me, and restrained from harassing me. They will also be sent notices..Next hearing date is 31st May.#امپورٹڈ__حکومت__نامنظور

Earlier, FIA sent the notice to the social media activist Maryam Shafat Malik and told her to appear herself in the FIA Cyber Crime Wing office on May 9, 2022, Imaan Mazari was her counsel in the case. 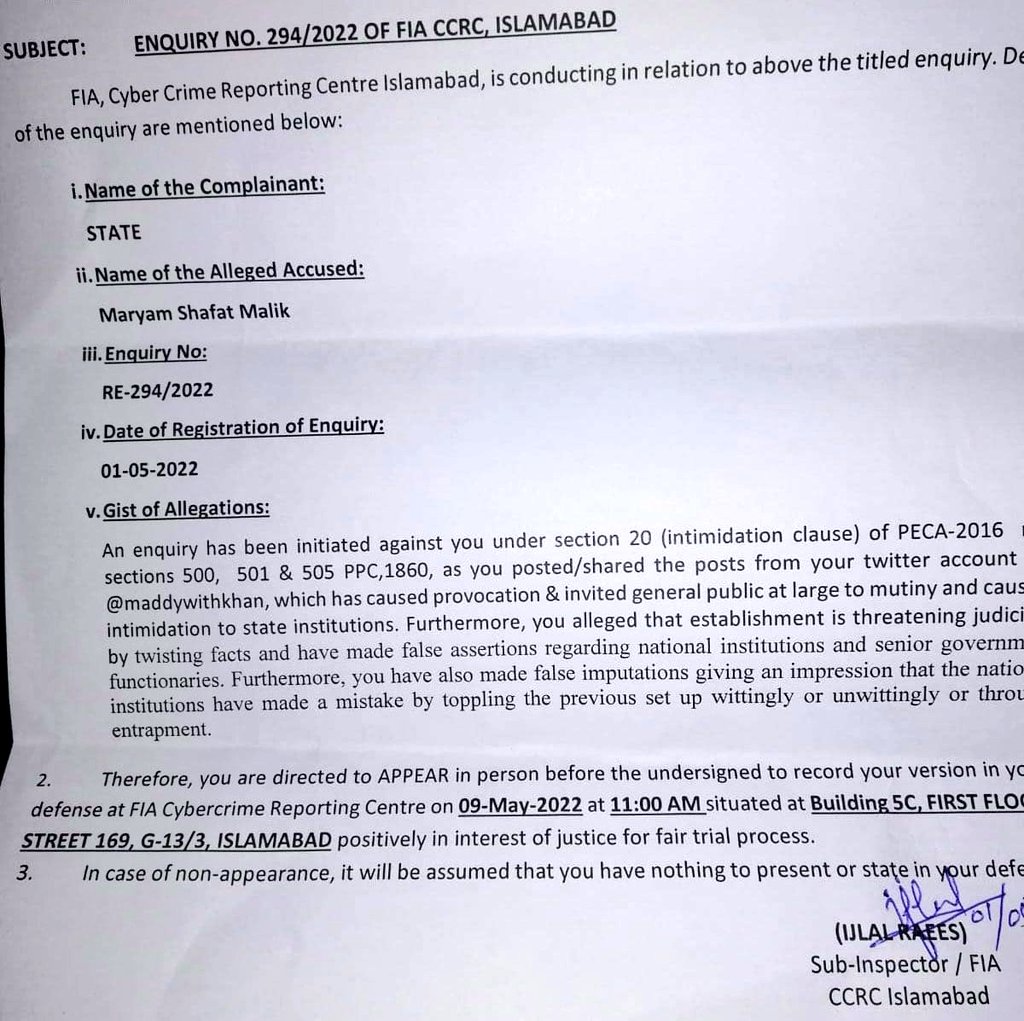 Only one dish will available in marriage, says Hamza Shahbaz