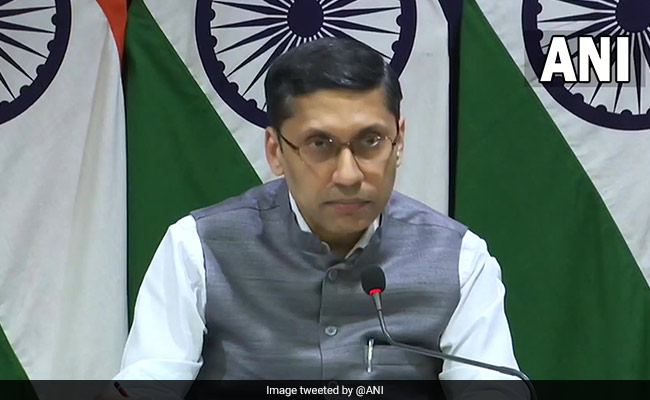 Coronavirus vaccines have been sent to Nepal, Bangladesh, Myanmar and Iran according to the government’s decision to resume their supplies, the Ministry of External Affairs said on Thursday.

External Affairs Ministry Spokesperson Arindam Bagchi said the government has decided to send the supplies to the neighbourhood initially.

India, the world’s largest producer of vaccines overall, suspended exports of COVID-19 vaccines in April to focus on inoculating its own population following a sudden spike in infections.

“Prime Minister Narendra Modi said recently at the UN General Assembly that India will resume supply of coronavirus vaccines. We have decided to start with the neighbourhood,” Mr Bagchi said.

“As far as I know, vaccines have already gone to Nepal, Bangladesh, Myanmar and Iran. We are constantly monitoring and reviewing the situation,” he said.

Mr Bagchi said the decision on further supplies will be based on India’s production and demand.

“We will decide on further supplies based on our production and demand,” he said.