Instagram today announced the launch of a couple of new tools aimed at addressing the needs of Live creators. Now, creators will be able to build up buzz for their upcoming Live by scheduling it up to 90 days in advance, then share the news across Instagram to alert their fans. It’s also preparing to roll out a new feature called “Practice Mode,” which allows creators to join their guests ahead of the scheduled event to test their connection, lighting and manage any other pre-show prep that may be needed.

The latter is a feature creators have been asking to have for some time, says Instagram.

YouTube has for a long time offered tools that allow creators to schedule live streams in advance in order to begin promotional efforts. And in 2018, it expanded its capabilities to allow creators to schedule the release of their pre-recorded videos through a Premieres feature that offers similar functionality — like access to Super Chat, for example. Last year, it added a pre-show option, as well.

Facebook Live has also offered tools to creators for many years, including those for scheduling, marketing, and pre-broadcast lobbies.

Meanwhile, TikTok just this year rolled out a set of creator tools which included the ability to schedule TikTok LIVE videos, as it continues to more fully embrace the live format.

Instagram says its new Live Scheduling feature will be available to creators globally. And after scheduling their upcoming Live video, they’ll then be able to share that scheduled content directly to their followers through both their Stories and Feed posts.

Followers can then use tools to set a reminder so they won’t miss the Live videos from their favorite creators. 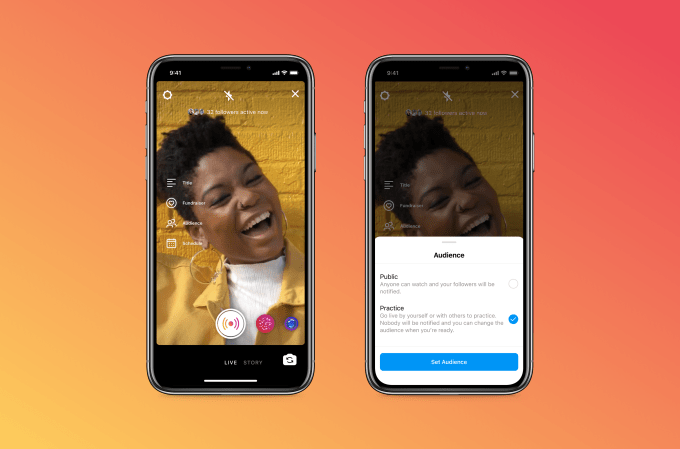 The launch arrives as the market for live content is heating up. In addition to enabling real-time e-commerce — an area where Instagram is deeply invested — Instagram’s biggest rival, TikTok, has also been working to make its live content a larger part of the overall user experience. Not only do users randomly come across live videos as they scroll their TikTok feeds, it also recently introduced a new way to navigate through live videos by category using an “explore” button within the live section.

Instagram, on the other hand, has been revamping its video strategy in recent days. This month, it said it was giving up on the “IGTV” brand, and instead would merge that long-form video with Feed video. As part of this effort, it rebranded the IGTV app which will now be the home for all Instagram videos, including Lives, with the exception of Reels.

Reels, however, continues to have a central place in the main Instagram app, where it’s accessible from the center button, users’ profiles, Explore, and hashtag pages.