Investors who did this one thing survived the markets in 2022 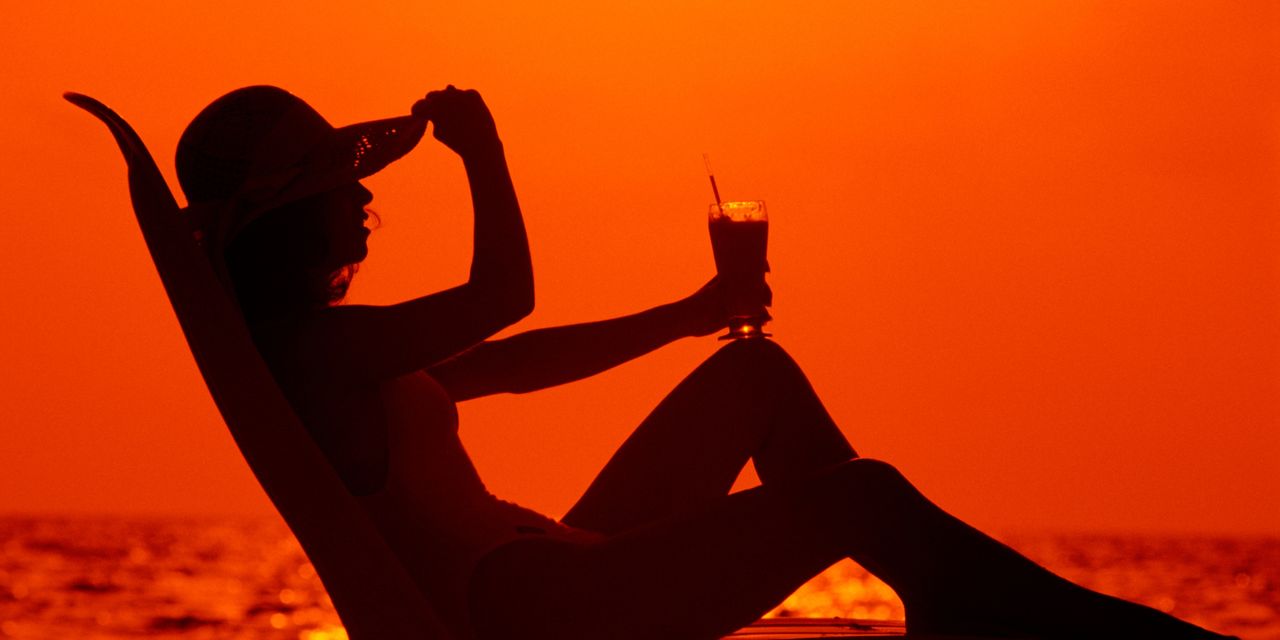 When I sat down to write about what worked for investors in 2022 and what didn’t, I came to a simple conclusion. Put very simply, what worked was price.

The biggest winners of the year were, of course, those who owned energy stocks. The Energy Select Sector SPDR ETF
XLE,

made you a stunning 62% return if you were lucky, or smart, enough to own it.

And sure, Putin and the energy crisis were a big part of that.

But…another huge part was that a year ago oil stocks were really, really, really cheap. Take bellwether Exxon Mobil
XOM,
,
for example. Just over a year ago, in late 2020, its stock price hit a relative low, compared with the broader S&P 500 index
SPX,
,
not seen for decades—at least not since 1973, which is as far back as FactSet’s data go. In 2020 Exxon Mobil stock actually traded at a couple of points at 20% below “tangible book value,” meaning the cost of its real assets. The usual figure over the past 40 years has been somewhere around 200% of tangible book, or more.

So oil stocks began 2022 really cheap. And as value investors like to say, “good things happen to cheap assets.” Sooner or later someone who bought big oil stocks at knockdown prices was going to make out. Putin’s war sped up the process, but it wasn’t the only factor.

(Incidentally, in the second half of 2020 Exxon was booted out of the Dow Jones Industrial Average
DJIA,
,
to be replaced by highflying tech company Salesforce
CRM,
.
Performance since then? Exxon is up 200%, including dividends No, really: You’ve tripled your money. Salesforce over the same period? Down 50%.)

Or take inflation-protected U.S. Treasury bonds, known as “TIPS.” You’d think, wouldn’t you, that these would have boomed when inflation took off. Not a chance. TIPS had a dismal year. The broad-based Vanguard Inflation-Protected Securities
VAIPX,

What was going on? Well, a year ago TIPS were really, really expensive. All along the yield curve they sported negative “real” or inflation-adjusted interest rates—which is another way of saying that if you bought them back then you were guaranteed to lose purchasing power over the life of the bond.

Nuts? Well, the market didn’t like it. While inflation took off, TIPS tanked. By October, the same bonds were sufficiently cheap that you could lock in long-term real rates of nearly 2%. By historic standards that is pretty reasonable. And at that point they bottomed out.

And then there were stocks.

A year ago, futuristic “growth” stocks were in the stratosphere and boring, profits here-and-now “value” stocks were in the dumps: Nobody wanted them. The price gap between the two was as high as it was during the madness of the first dot-com bubble. Tesla
TSLA,

reached a market valuation of $1.2 trillion—or more than 4 times that of boring old Toyota
TM,
,
the world’s biggest manufacturer of…er…cars.

So there is no great mystery why Tesla has lost about three quarters of its value since then, while Toyota is down just over 20% (And still looks pretty cheap, actually, on around 10 times last year’s earnings.)

Or why the most popular U.S. “growth” stock index, the Nasdaq Composite
QQQ,
,
lost a third of your money in 2022. Boring big-company value stocks, like those tracked by Vanguard Value
VTV,

And the indexes don’t tell the whole story. When I look through the list of U.S. mutual-fund managers who actually made money for their clients last year, “value” managers dominate the list. Those who hunted for bargain stocks found the best opportunities.

White shoe Boston money managers in 2020 launched a special hedge fund (for the rich and institutions) which bought the “cheap” stocks and sold short—bet against—the expensive ones. Returns last year? Up 20% (through the end of November).

I’d mention bitcoin and “NFTs,” but as far as I can tell any price for them is too much. NFTs are completely worthless. And I am still waiting for someone—anyone—to give me an actual reason why we need these digital coins, let alone why a year ago they were “valued” collectively at $3 trillion.

Sorry, crypto fans. To quote the famous poker player Herbert Yardley, I wouldn’t bet on this stuff with counterfeit money.

Personally, I’ve always seen the appeal of buying cheap “value” stocks in the hope that they will become more expensive (or just pay out big dividends). I’ve never really been able to get my head around the idea of buying wildly expensive “growth” stocks in the hope that they will become even more wildly expensive. There is plenty of data to argue that over the long-term buying low has usually been a better strategy than buying high. But to each their own. People who bought high made a lot of money from 2017 to 2021.

What does this mean for 2023? Casey Stengel made the only worthwhile comment on predictions: Never make them, especially about the future.

But it’s still possible, at the very least, to see which assets appear cheap and which don’t. The U.S. stock market, for example, trades at 17 times forecast earnings: The figures for Tokyo
FLJP,
,
Frankfurt
FLGR,

is 8 times, and to my naïve eye I would imagine they are going to get a lot of economic love from the West in the next few years. Good for the stock market, no?

The U.S. stock market, as measured by a long-term measure known as Tobin’s q, is twice its historic average valuation. Meanwhile, I notice the real yields on TIPS have been creeping back up lately. The bonds that mature in 2045 now offer a guaranteed return of 1.75% a year above inflation for the next 22 years.

All of these assets may get even cheaper in the months ahead. Nobody knows. But it’s hard to argue they are expensive now. They are certainly better value than they were a year ago.