Iran does not recognise annexation of Russian-captured Ukrainian regions 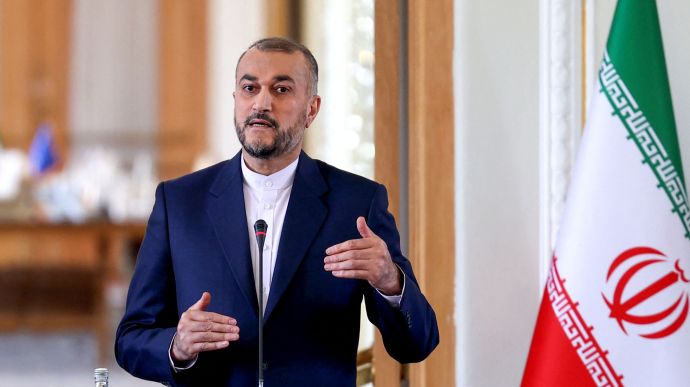 Hossein Amir-Abdollahian, the Minister for Foreign Affairs of Iran, has stated that Iran does not recognise Russia’s annexation of occupied Ukrainian territories.

Quote: “We oppose the war and displacement of people in Ukraine. On the other hand, we recognise the sovereignty and territorial integrity of countries within the framework of international law and for this reason, despite excellent relations between Tehran and Moscow, we have not recognised the separation of Crimea from Ukraine,” Iranian diplomat said.

“We have not recognised the separation of Luhansk and Donetsk from Ukraine because we insist on our consistent principle in foreign policy. When we say war is not the solution in Ukraine, we mean it and we believe it as a fundamental policy and we rely on that,” Amir-Abdollahian added.

On 17 January, the Iranian high-ranking official arrived in Ankara on a business trip, where he met with Turkish President Recep Tayyip Erdoğan.

Iran is providing military support to Russia in its war against Ukraine by supplying Moscow with kamikaze drones. Due to these supplies, the USA, the EU, and other Western countries imposed sanctions against Iran.

Apparently, Iran and Russia are negotiating an agreement on the supply of certain types of missiles. The head of the Foreign Ministry, Dmytro Kuleba, warned that Iran would cross a “red line” if it provided missiles to Russia.

The White House believes that Moscow provides Tehran with an “unprecedented level” of military and technical support in exchange for Iran supplying Russia with weapons to wage war in Ukraine.

By the numbers: President Biden at the two-year mark

Florida Gov. Ron DeSantis (R) holds a 9-point lead over former President Trump in a hypothetical head-to-head match-up in the...