Peshawar, the city of flowers, becomes epicenter of violence

Nigeria election 2023: The oil land with no electricity

Columnist Brian Howey wonders: Should we be concerned about a nuclear war? 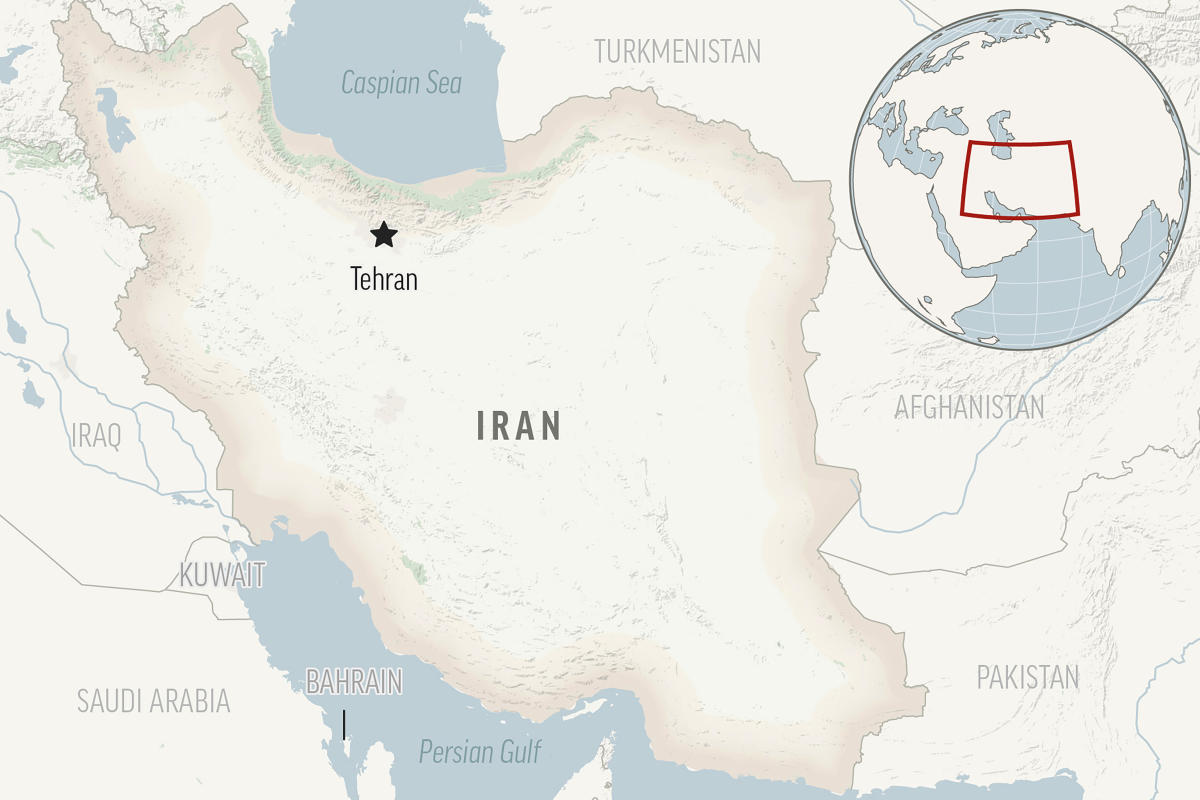 CAIRO (AP) — Iran on Saturday began construction on a new nuclear power plant in the country’s southwest, Iranian state TV announced, amid tensions with the U.S. over sweeping sanctions imposed after Washington pulled out of the Islamic Republic’s nuclear deal with world powers.

The announcement also comes as Iran has been rocked by nationwide anti-government protests that began after the death of a young woman in police custody and have challenged the country’s theocratic government.

The new 300-megawatt plant, known as Karoon, will take eight years to build and cost around $2 billion, the country’s state television and radio agency reported. The plant will be located in Iran’s oil-rich Khuzestan province, near its western border with Iraq, it said.

Iran has one nuclear power plant at its southern port of Bushehr that went online in 2011 with help from Russia, but also several underground nuclear facilities.

The announcement of Karoon’s construction came less than two weeks after Iran announced it had begun producing enriched uranium at 60% purity at the country’s underground Fordo nuclear facility. The move is seen as a significant addition to the country’s nuclear program.

Enrichment to 60% purity is one short, technical step away from weapons-grade levels of 90%. Non-proliferation experts have warned in recent months that Iran now has enough 60%-enriched uranium to reprocess into fuel for at least one nuclear bomb.

The move was condemned by Germany, France and Britain, the three Western European nations that remain in the Iran nuclear deal. Recent attempts to revive Iran’s 2015 nuclear deal, which eased sanctions on Iran in exchange for curbs on its nuclear program, have stalled.

Since September, Iran has been roiled by nationwide protests that have come to mark one of the greatest challenges to its theocracy since the chaotic years after its 1979 Islamic Revolution. The protests were sparked when Mahsa Amini, 22, died in custody on Sept. 16, three days after her arrest by Iran’s morality police for violating the Islamic Republic’s strict dress code for women. Iran’s government insists Amini was not mistreated, but her family says her body showed bruises and other signs of beating after she was detained

In a statement issued by Iran’s state-run IRNA news agency on Saturday, the country’s national security council announced that some 200 people have been killed during the protests, the body’s first official word on the casualties. Last week, Iranian Gen. Amir Ali Hajizadeh tallied the death toll at more than 300.

The contradictory tolls are lower than the toll reported by Human Rights Activists in Iran, a U.S.-based organization that has been closely monitoring the protest since the outbreak. In its most recent update, the group says that 469 people have been killed and 18,210 others detained in the protests and the violent security force crackdown that followed.

The United States unilaterally pulled out of the nuclear deal — formally known as the Joint Comprehensive Plan of Action, or JCPOA — in 2018, under then-President Donald Trump. It reimposed sanctions on Iran, prompting Tehran to start backing away from the deal’s terms. Iran has long denied ever seeking nuclear weapons, insisting its nuclear program is peaceful.

Downtown Fresno lit up with a line of flashing lights by emergency vehicles Tuesday night as local law enforcement came...