Is the sky really falling for Eagles in wake of ugly loss? 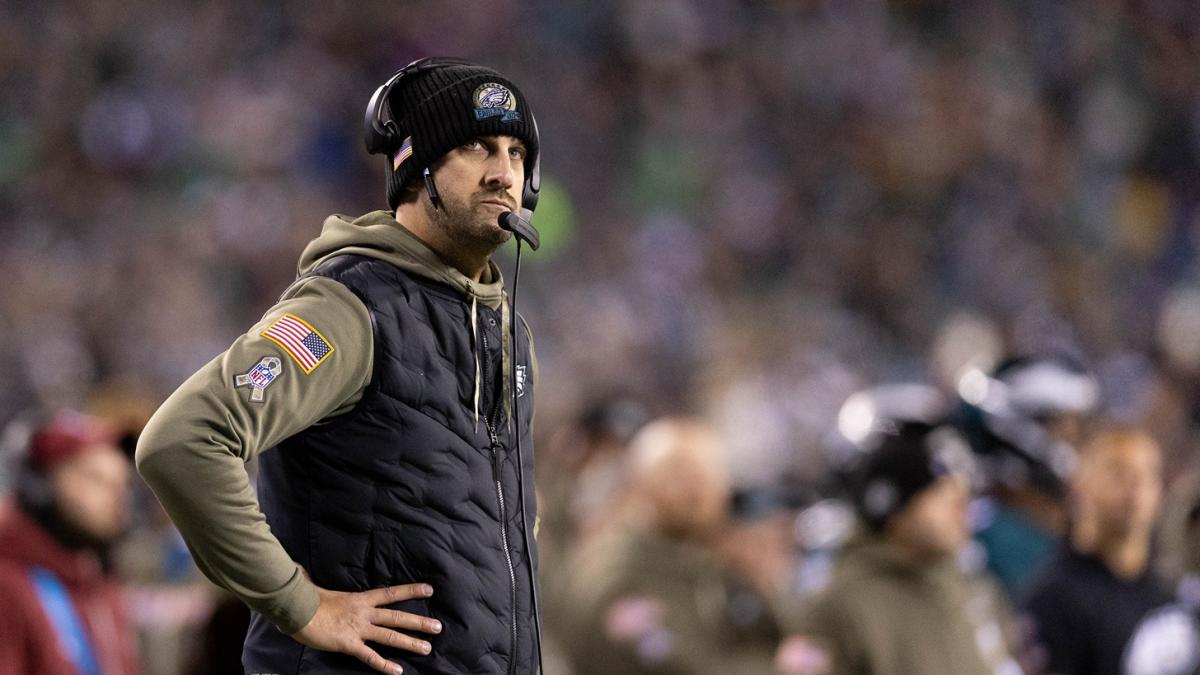 Is the sky really falling for Eagles in wake of ugly loss? originally appeared on NBC Sports Philadelphia

It’s never that easy in the NFL.

There’s a reason only two teams in the league’s more than 100-year history have finished a season unbeaten – the 1948 Browns and 1972 Dolphins.

Every team faces adversity at some point. The best teams aren’t the ones that get off to the fastest start or are in first place in the middle of November. They’re the ones that find a way to dust themselves off and get back up when they inevitably get knocked to the ground, the ones that don’t let one bad loss snowball into two or three.

And that’s exactly where the Eagles are today.

It feels like the end of the world right now in the wake of that excruciating 32-21 home loss on Monday night to the Commanders. The reality is the Eagles still have the best record in the NFL, and everything they’ve been working toward all year is still within their reach.

Sure, that path to the No. 1 seed is definitely a lot rockier than it was a few days ago. Everything went right for the Eagles for two months and now things are starting to go wrong. Inexplicable turnovers – one of them matched with an egregious officiating gaffe – derailed the undefeated season, and now the Eagles have a number of things conspiring to work against them.

First is the schedule. Some of those games that looked like walkovers not too long ago now look far more difficult. It starts on a short week with a Colts team that looks rejuvenated under new coach Jeff Saturday and with a real quarterback back in place. Then it continues with a Packers team that just beat the Cowboys, a Titans team that’s won six of its last seven, a Giants team that might be the biggest surprise in the league and then a Bears team that’s only got three wins but has suddenly found a dynamic playmaking quarterback in Justin Fields.

Then it’s off to Dallas, where the Eagles have lost four straight by an average of 18 points.

When the schedule was released in April, this looked like the easy stretch. Now it’s a minefield of improving teams and dangerous quarterbacks.

Jordan Davis will miss at least two more games and it’s obvious to everyone how much they miss him. Avonte Maddox is out three more weeks. Jordan Mailata’s shoulder is clearly bothering him. Dallas Goedert is out, depriving Jalen Hurts of one of his most reliable receivers. And now A.J. Brown is hampered by an ankle issue that clearly affected him Monday night.

And then there’s the NFC East, which has a combined 21-6 record vs. teams outside the NFC East. The Eagles are off to one of the best starts in franchise history and it happens to be the same year their division has the best record of any division in history through 10 weeks. They still have a game lead over the Giants and a game and head-to-head win over the Cowboys, but the Eagles know their margin for error is gone. A lot of 8-1 teams are just coasting to their division title this time of year. The Eagles are one bad weekend away from the five-seed.

The big topic around the NovaCare Complex this week will be dealing with adversity and learning from Monday night and making sure it doesn’t happen again, and considering everything that’s going on right now, they’re going to need every bit of character or dawg mentality or togetherness – call it whatever you want – to navigate these next couple months.

Their run defense is leaky, special teams is awful, pass rush has been disappointing.

But keep in mind every team has issues.

The Eagles aren’t alone in facing some serious challenges in the coming weeks, and they still have an elite roster, one of the NFL’s best quarterbacks, playmakers on both sides of the ball and a coaching staff that knows how to win.

And they still have the opportunity to achieve every single one of the lofty goals they had before that ugly loss to the Commanders Monday night.

The Justice Department on Monday denied a request from House Judiciary Committee Chair Jim Jordan for sensitive information involving its...

A motorist has been called out for driving with a pet carrier tied to the roof of their car on...

The Texans are expected to hire 49ers defensive coordinator DeMeco Ryans later this week, so it comes as no surprise...

Despite a heartbreaking ending to their season, Christian McCaffrey showed his gratitude to the 49ers after their loss to the...