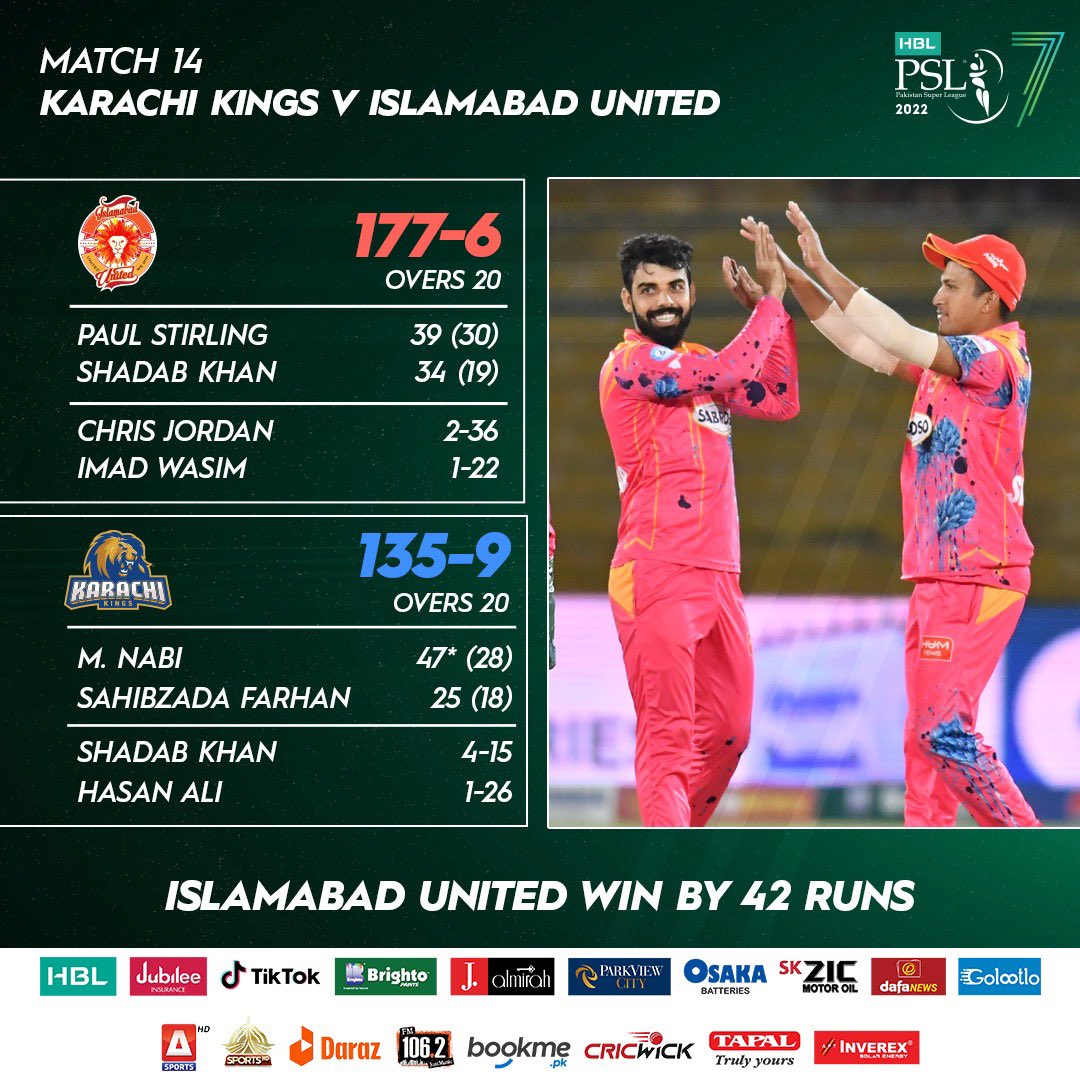 Karachi: This is the fifth continuous defeat of Karachi Kings in PSL 7, Islamabad United defeated Kings by 42 runs on Sunday. In pursuit of the target of 178 runs given by Islamabad United, Karachi Kings scored 135 runs for the loss of 9 wickets in the stipulated 20 overs. Muhammad Nabi remained prominent by scoring 47 runs.

For Islamabad United, captain Shadab Khan was once again the leading bowler with 4 wickets.

Islamabad United won the toss and elected to bat first in the match played at the National Stadium in Karachi.

The openers of Islamabad United started the innings brilliantly, however, Alex Hales was dismissed after scoring 30 runs at the score of 66.

Dec. 3—LIND — Two Ritzville residents were arrested on suspicion of burglary after a report of a break-in at a...