States Fight Each Other for Jobs With Laws To Hire Local

Taylor Swift Sings ‘Will You Love Me Tomorrow’ in Inducting…

G20 Against Premature Withdrawal Of Support For Covid-Hit… 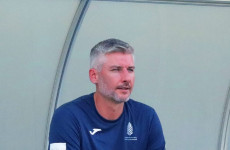 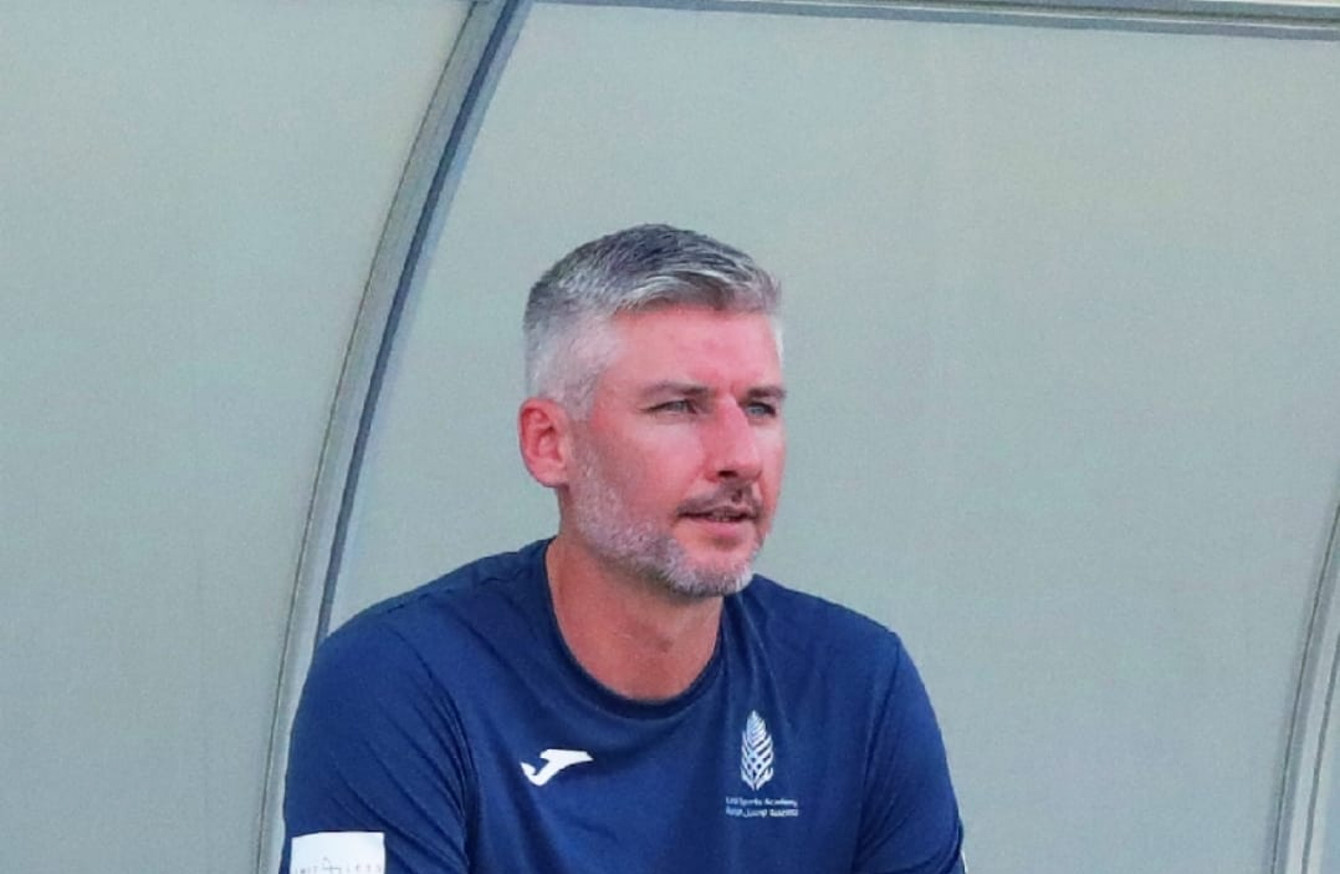 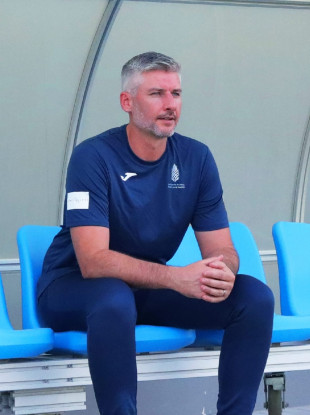 SO HOW exactly does an ex-League of Ireland footballer end up in Qatar?

On these shores, Ciaran Kelly is probably best known for his penalty-saving ability.

In the 2010 FAI Cup final, he stopped a remarkable four spot-kicks as Sligo beat Shamrock Rovers 2-0 on penalties.

The following year, Sligo were in the final again, but this time Kelly had to be content with a place on the bench.

However, in the final minute of extra-time, manager Paul Cook opted to introduce the experienced goalkeeper, and the decision paid off — he saved two penalties as they earned a 4-1 shootout victory against Shelbourne.

Sligo also triumphed in the 2013 FAI Cup final and Kelly again started on the bench, though on this occasion, his services were not required, as they managed to beat Drogheda 3-2 after 90 minutes.

It was around this time that the Mayo native hung up his boots and began planning for a life in Qatar.

He firstly went about getting a Uefa A coaching licence and had stints on the sideline with both Sligo and Castlebar before visiting the Middle East and making some connections in 2016, settling there with his wife, who found work as a teacher, the following year.

“We spoke about it together in 2014, where would we be interested in going,” he tells The42. “I suggested it because the World Cup was only around the corner. We’d seen some opportunities. She knew some people out there. So we identified it as a good area to start a new chapter.

“It’s been an amazing journey, always lots of ups and downs, which is part of the industry.

“I came here to work with a club and through that first few months, the opportunity that was given to me was a little bit different to what was sold to me.

“So through my friends over here, I bumped into a guy [Keith Young] that had an amateur club. He sold me a vision. His assistant manager at the time was a guy called Stephen Gough. Stephen would have been ex-Shamrock Rovers, Longford, Bray. So he was familiar with me in the League of Ireland and I came in as their head coach.

“I suppose I have many hats, but just this season, I have been promoted to technical director of the whole club.” 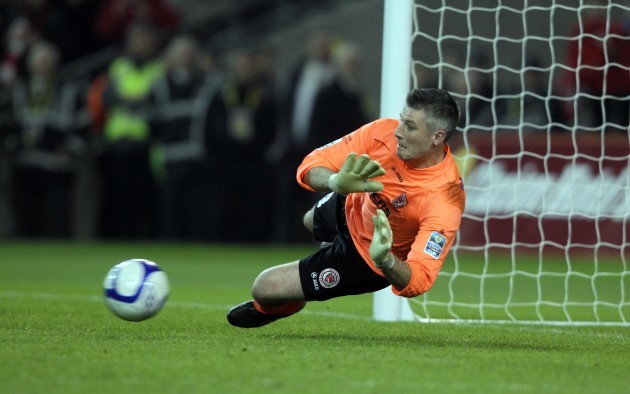 Kelly earned a reputation for saving penalties at Sligo.

Lusail Sports Club have made significant strides since Kelly became involved. In 2019, their first-team players and staff became fully professional. They are currently in Qatar’s second tier and at the time of writing, have picked up three points from their opening two games.

“It was basically a Sunday league team,” Kelly explains. “A group of ex-pats that had a team together. In the Qatar amateur league, you have to have five Qatari players on the pitch. We had to diversify and make sure we had that criteria checked off. So we had to bring in local Qataris, we needed a Qatari manager, we brought in a Qatari president and he still is the president of the club today.”

The pandemic provided Kelly with some scope for reflection on how far the team, only formed in 2014, had come in a relatively short space of time.

“Our criteria is a little bit different [from other teams],” he adds. “We have to use all local Qatar players. We’re not allowed to have any professional players who are born outside of Qatar. That’s a little bit difficult for us because we’re competing against clubs that have these players.

“The criteria here is that clubs are supported by the ministry. So they receive a budget from the government. Lusail Sports Club don’t receive any support. We are a pilot club to prove that you can be sustainable. So we’re earning sponsorship and investment. This is how we’ve put our model in place and we’re now sustainable.”

There have been plenty of high-profile footballers who have spent time playing in Qatar and the country continues to attract some notable names.

Got to meet the greatest midfielder of my generation tonight. Gentleman. #Barca #Legend #tikataka #Qatar2022 pic.twitter.com/PHcQu8j66U

Samuel Eto’o and Mario Mandzukic have also spent time playing in the Qatar Stars League, while former Spain star Xavi is currently manager of reigning champions Al Sadd. Kelly recently posted a picture of himself on Twitter (see above) with the Barcelona legend and says they have had “a couple of meetings”.

Having previously not been renowned as a footballing stronghold, Qatar have improved considerably of late, winning the Asian Cup for the first time in 2019.

They also impressed playing against Ireland back in March, drawing 1-1 in Debrecen, and should provide a similarly stiff test for Stephen Kenny’s men this evening. 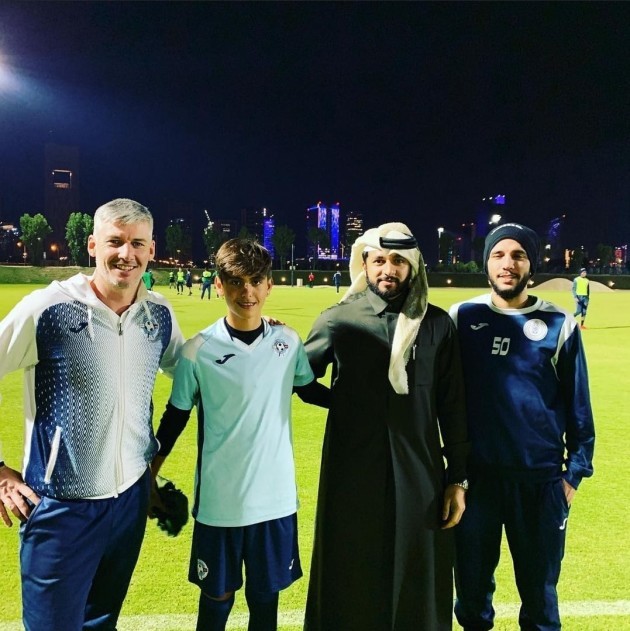 Kelly puts a significant portion of their success down to the Aspire Academy, which was founded in 2004 and aims to scout and help develop Qatari athletes — the majority of the current national team are graduates.

“They go into the academy to train full time or speed up their development,” Kelly explains.

“Next year, with the World Cup, you could see Qatar doing well. But what people have to put into consideration is only 400,000 Qataris are living in Qatar. It’s fairly minute the pool of players they could pick from. So to be able to compete on the world stage is a huge credit to the industry here.”

All eyes, of course, will be on the country in November next year, as the World Cup gets underway.

There has been no shortage of controversy associated with their hosting of the competition.

The bid has long been plagued by allegations of bribery and corruption, while the plight of the country’s migrant workers has also attracted significant criticism.

The feasibility of staging the tournament there similarly has been questioned, prompting Fifa to take the unusual step of arranging it for midway through most countries’ domestic seasons, rather than the traditional summer months.

Nonetheless, Kelly believes the tournament will be a success, pointing to the superb facilities and substantial preparation for the event.

“Some of the stadiums that are being built [are impressive], our first team played on Tuesday night in the Al Thumama Stadium behind closed doors as a trial game for operations ahead of the Arab Cup, which is here next month.

“It was a fantastic opportunity for our players to play in a brand new stadium, and since it was announced in 2010, this country has been building for 2022 with the final to be finished on National Day on 18 December. A lot of money and work has gone into it, they’ve put a huge amount of energy into making sure this is the biggest showcase event in World Cup history.”

Kelly plans to return home at some point, citing the League of Ireland as somewhere he would be interested in working but doesn’t envisage leaving Lusail at present.

He will be watching on with interest this evening from his adopted home, as Qatar line out at the Aviva.

“A lot of the Qatar national team’s staff I see quite regularly. Their kids have come through our academy. They’re always popping in so I have a good chat with them. They enjoyed the [first] Irish game, it was a good test for them. One of the coaches brought me back Callum Robinson’s jersey from the game so that was a nice present.

“For the Qatar national team to have an opportunity to play against European opposition — the philosophy of the game out here is a little bit slower. It’s not as intense. That’s down really to the climate, how players and teams have to adapt their philosophy and their game model. But from a European perspective, playing a higher intensity game will support them for preparations for 2022.”

So will he have somewhat mixed loyalties for tonight’s encounter?

“Two of the players that play with the national team are actually on our board of directors,” he says. “I’d see them quite regularly in monthly meetings, but you never forget where you’re from.”

One-time TikTok rival Byte relaunches as Clash, an app for video creators and their top fans

Uber To Allow Users To Book Rides Via WhatsApp In India

NATO has been too successful at doing the wrong thing