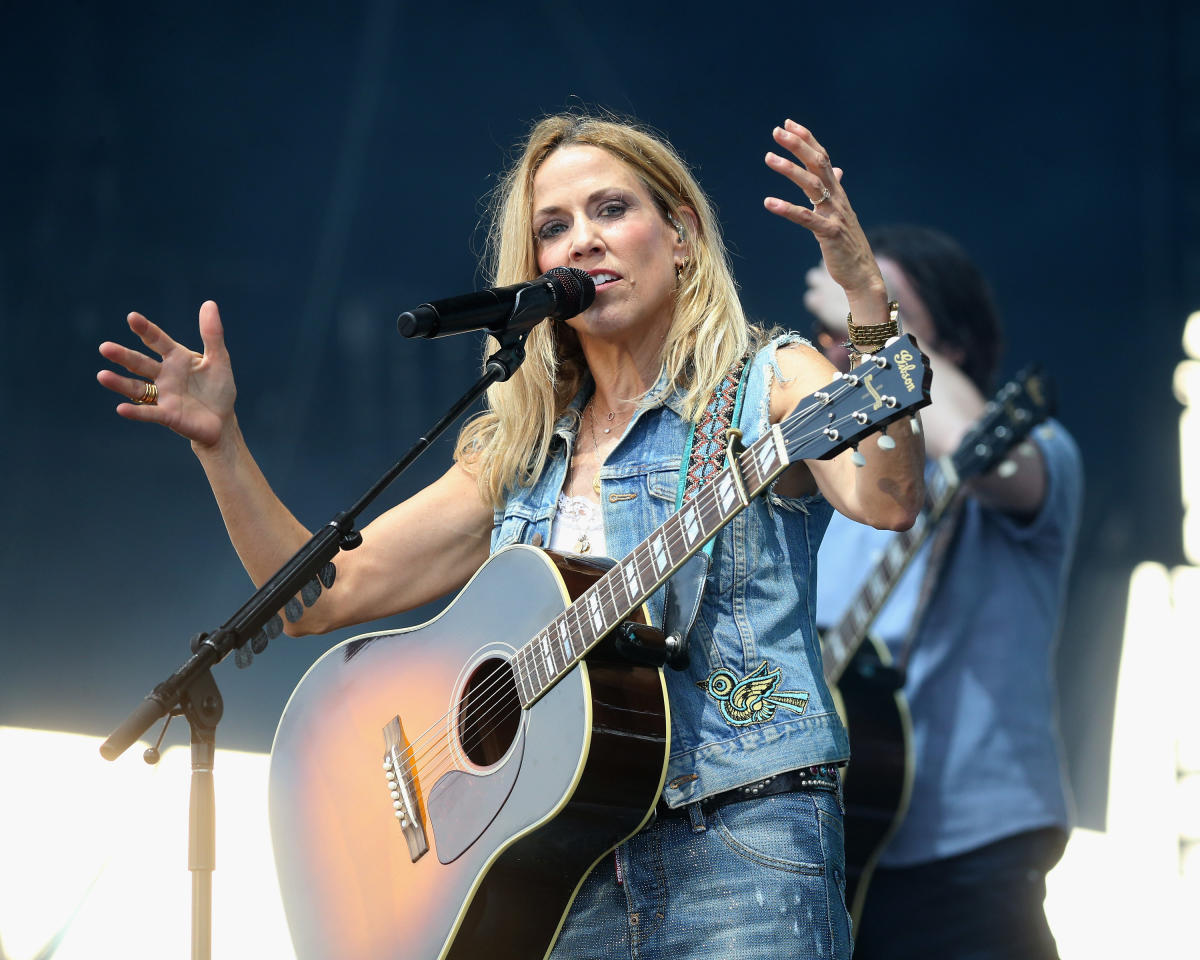 ‘It’s devastating that we’re still having these conversations’

Sheryl Crow’s new Showtime documentary, Sheryl, is fascinating and unflinching look at the Grammy-winning singer-songwriter’s incredible life. Her humble beginnings in small-town Missouri; her Hollywood waitressing days, when she’d sneakily slip demo tapes into music executives’ menus; her stint singing backup for Michael Jackson and being sexual harassed by Jackson’s then-manager, Frank DiLeo; her eventual meteoric rise to fame and the ensuing cruel press backlash; her fraught romance with Lance Armstrong; her 2006 breast cancer battle; her “beautiful little family” as a single mom to adopted sons Wyatt and Levi; even her brief role on Steven Boccho’s bizarre musical TV drama Cop Rock — it’s all in there.

“I don’t think I realized that sitting down and telling those stories was going to be as emotional as it was,” Crow, now age 60, admits while speaking with Yahoo Entertainment. “I definitely felt all of the pain and sadness and grief and anger, even talking about it, and digging deep, that I felt when it was going down.”

One moment featured in both Sheryl and in Crow’s Yahoo interview, about the track “Love Is a Good Thing,” is still especially tough to Crow to revisit. “It’s funny as I do these interviews. … I have to really fight back the tears. It’s devastating that we’re still having these conversations,” she says.

The protest song — which unfortunately is as relevant today, if not more so, than when it came out on Crow’s 1996 self-titled second album — included the line, “Watch our children while they kill each other with a gun they bought at Walmart discount stores.” As a result, Walmart refused to carry Sheryl Crow unless she agreed to change that damning lyric. This was a pre-iTunes, pre-streaming era, when physical music sales were the end-all and be-all, and in many parts of the U.S., big-box stores like Walmart were the only places where fans could purchase CDs. There was a lot riding on the record’s release: Along with the usual “sophomore slump” dread, as Crow followed up her quadruple-platinum debut Tuesday Night Music Club, she was also trying to dispel the damaging myth that she hadn’t been the creative leader on her first LP. Therefore, shutting off one of America’s biggest music retailers was a massive professional risk.

“There was a lot of blowback. I mean, when you consider that you have a record label who’s investing a lot of money in what you’re doing and they’re also hoping that you’re going to sell a lot of records, they definitely were pleading that I reconsider,” Crow recalls. “But being given a choice of changing the lyric to ‘Kmart’ or changing it to a different discount center, which is what Walmart offered, seemed so much of a hypocrisy, as well as a straight-up lie, that it didn’t seem like a choice. … I think part of it is, in the documentary, you see who my parents are, you see who they are now, but certainly who they have always been: people that have always felt like if you have an opportunity to do something good, then don’t ask, just do it. And for me, that was one of those moments where I felt like I had a huge support system under me saying, ‘If this is something you feel like you have to do, then do it.’”

Looking back on her decision to keep the controversial lyric intact, especially when gun control is a more urgent topic than ever, is still a “source of pride” for Crow. “I think ultimately in the end, I may have lost some record sales… but the one thing that did come out of it, at the time at least, was that [Walmart] quit selling the ‘cop-killer’ bullets, which were the bullets that did real destruction,” she notes. (Twenty-three years after Sheryl Crow’s release, Walmart stopped selling modern sporting rifles, including the AR-15, as well as certain types of ammunition.) “Now we’ve gone so much further and have semiautomatic weaponry that 18-year-olds can buy. At least there was a moment where people were talking, and I guess as an artist, that’s the greatest outcome you can ever have — is to have a song that actually makes people talk and galvanizes a movement. It may not have changed everything, but at least it created a public discourse.”

Crow confesses, “I’ve never thought that song was the best song I ever wrote,” but she appreciates the significance that “Love Is a Good Thing” took on in light of the Walmart battle. “It doesn’t mean it was not an important song, and it doesn’t mean it wasn’t an important moment,” she stresses. Now Crow is planning to update “Love Is a Good Thing” for 2022, with hopes to release it as a benefit single. “Up until this moment, it had never occurred to me to rework the song, but we are doing that now, really in light of the fact that we’ve had so many mass shootings even in the last 10 days. So, it almost feels imperative, which I hate. … It does, sadly, give me an opportunity to make it a better song, but also to continue this conversation. And the gift of that song is that it has been thought-provoking. You know, we’re still talking about it. We’re talking about it, because it’s still happening, not because of the song.”

Another subject Crow opens up about in Sheryl is her lifelong mental health struggle. “The only way I can explain it is knowing as a little kid that I had a sense of melancholy,” she muses. “I always had a strong sense of something missing, and that fueled my wanting to be an artist.” Crow is happy to be part of this equally important national conversation in 2022, but at the height of her fame, few celebrities — including Crow herself — felt that they could discuss mental health so frankly.

“I’m a private person. At the moment where I felt like it was the most threatening for me, at that moment when I did call my manager and say, ‘I’m in trouble,’ there was another very high-profile female artist who had just canceled her tour, and the press was going crazy with her checking herself into a mental facility,” Crow explains, reflecting on her own rock-bottom crisis. “And I remember vividly from a hotel in Boston telling my manager, ‘I just can’t have the scrutiny. I can’t have the world looking in on me falling apart. It already feels too, too heavy.’ So yeah, there was definitely never an opportunity that said, ‘You should go take care of your mental health and you should talk about it with the world, because a lot of other people deal with this.’ … But we have to talk about it, now more than ever. It is a huge part of my story. It is the part of my story that has inspired what I feel like are the deepest songs in my catalog.”

The subject of depression inspired the harrowing final track on Crow’s 2002 album C’Mon C’Mon, “Weather Channel” — which is discussed at length in Sheryl — but it also inspired her deceptively upbeat Sheryl Crow hit “Everyday Is a Winding Road,” with its key line, “Sometimes I feel like a stranger in my own life.” The song was about her good friend, Crowded House drummer Paul Hester, who struggled with depression throughout the ‘90s and died by suicide in 2005. The subject of suicide has in fact affected Crow’s life many times, not just regarding her own dark thoughts — “I know what it feels like to not want to wake up,” she says frankly — but when the media, during that aforementioned period of post-Tuesday Night Music Club backlash, irresponsibly accused her of playing a part in the suicides of two other men.

The only time that Crow actually fully breaks down in Sheryl is when she discusses the hurtful reports that the suicide of author John O’Brien, whose novel Leaving Las Vegas had inspired the title of her 1994 single, had anything to do with her infamous appearance on David Letterman. (The flustered Crow, during an impromptu post-performance interview on the late-night talk show, forgot to mention O’Brien’s name when Letterman asked her if “Leaving Las Vegas” was autobiographical; O’Brien died by suicide shortly after her appearance.) “To know that somebody was associated with a song, that it had any motivation for him to decide that his living his life wasn’t valid — that for me is bigger than the press even blaming me. And it makes me angry still,” Crow tells Yahoo Entertainment. “And it wasn’t the only time. I mean, [Tuesday Night Music Club collaborator] Kevin Gilbert died by his own hand, and [journalists] were writing stuff that said, you know, “‘While Sheryl Crow was up collecting her Grammys, Kevin Gilbert was dead in his bed.’”

By the time Crow — who in her documentary reveals that she understandably no longer reads her own press, and hasn’t for years — produced and released her make-or-break sophomore LP, she was at her breaking point, so her protective armor was up. And it was perhaps that attitude that made her not care if her decision to stand up to Walmart would result in millions of people not hearing Sheryl Crow.

“I look at the artwork from the second album and I see the black makeup. I see the hair in front of the face. I see the goth look. And I can see the difference between that happy-go-lucky, middle-American girl [from the first album] to this person who’s like totally f***ed-over and doesn’t want the world to get near: ‘I’m going to make a record, and I don’t care if you ever hear it. In fact, I’d rather you not hear it!’ And that’s how I felt,” Crow says.

Crow stresses that her new documentary isn’t quite as dark as her candid Yahoo interview might imply (after all, there is a mention of Cop Rock!), explaining more cheerily, “There’s a journey [in the film] that I think a lot of women will relate to, especially as you get older and your biological clock is ticking and you’re have trying to have a career. … I was supposed to get married. I was supposed to have children. I was supposed to do this, supposed to do that. I mean, it can be all things. It can be everything. It can be different. It can be better. It can be more incredible. It can be more infinite. … And it’s taken me until just really recently, since having had breast cancer, to really figure out: You know what? It’s OK to let yourself be happy. It doesn’t undermine your creativity.”

If you or someone you know needs help, please call the National Suicide Prevention Lifeline at 1-800-273-8255. 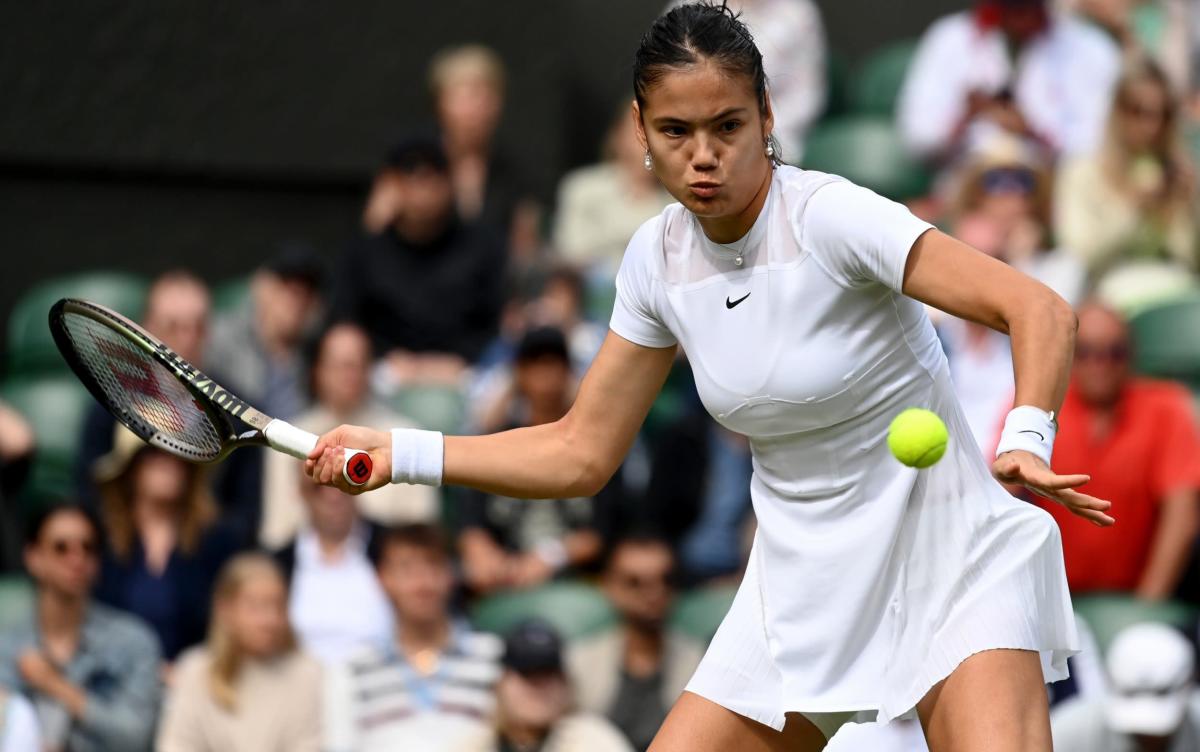 James Mattis gets married — leaving behind his mistress, the Marine Corps

How to survive an Atlantic crossing in the world’s tiniest boat? Eat the wa… 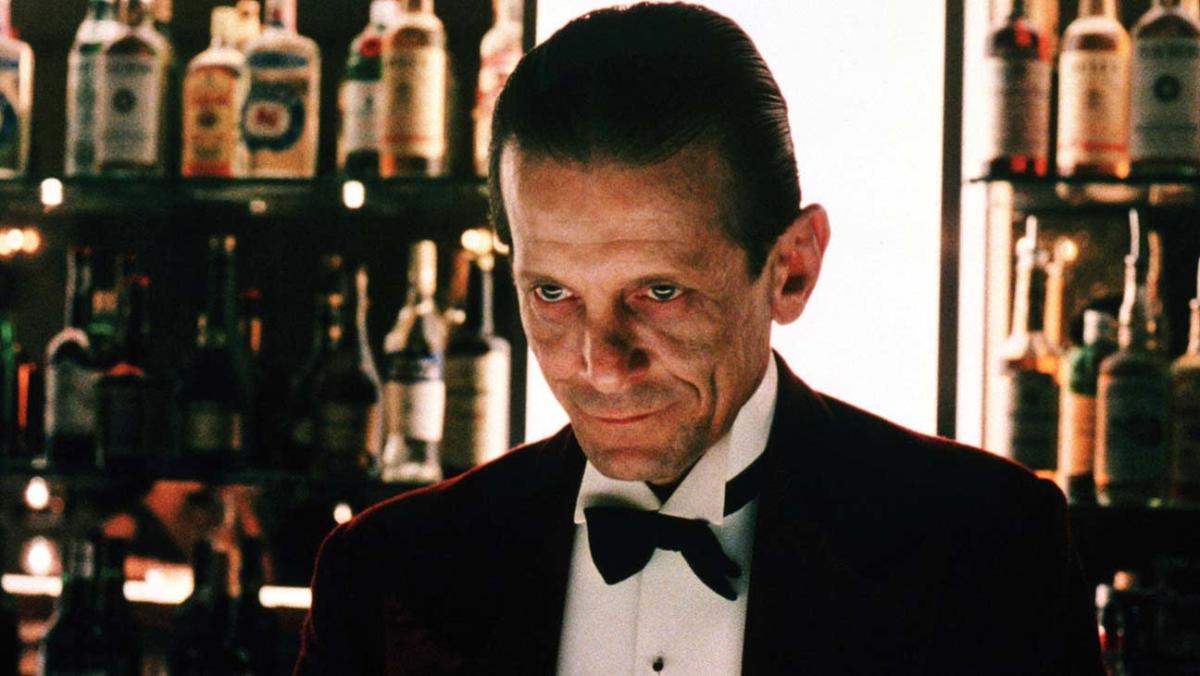 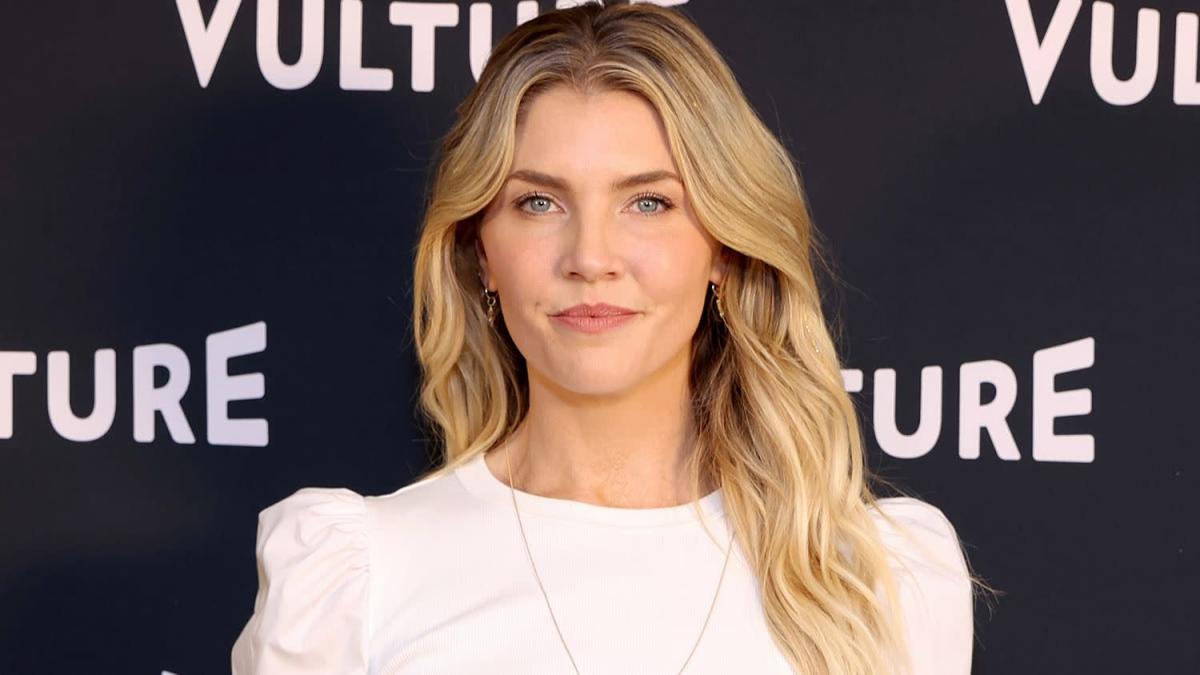 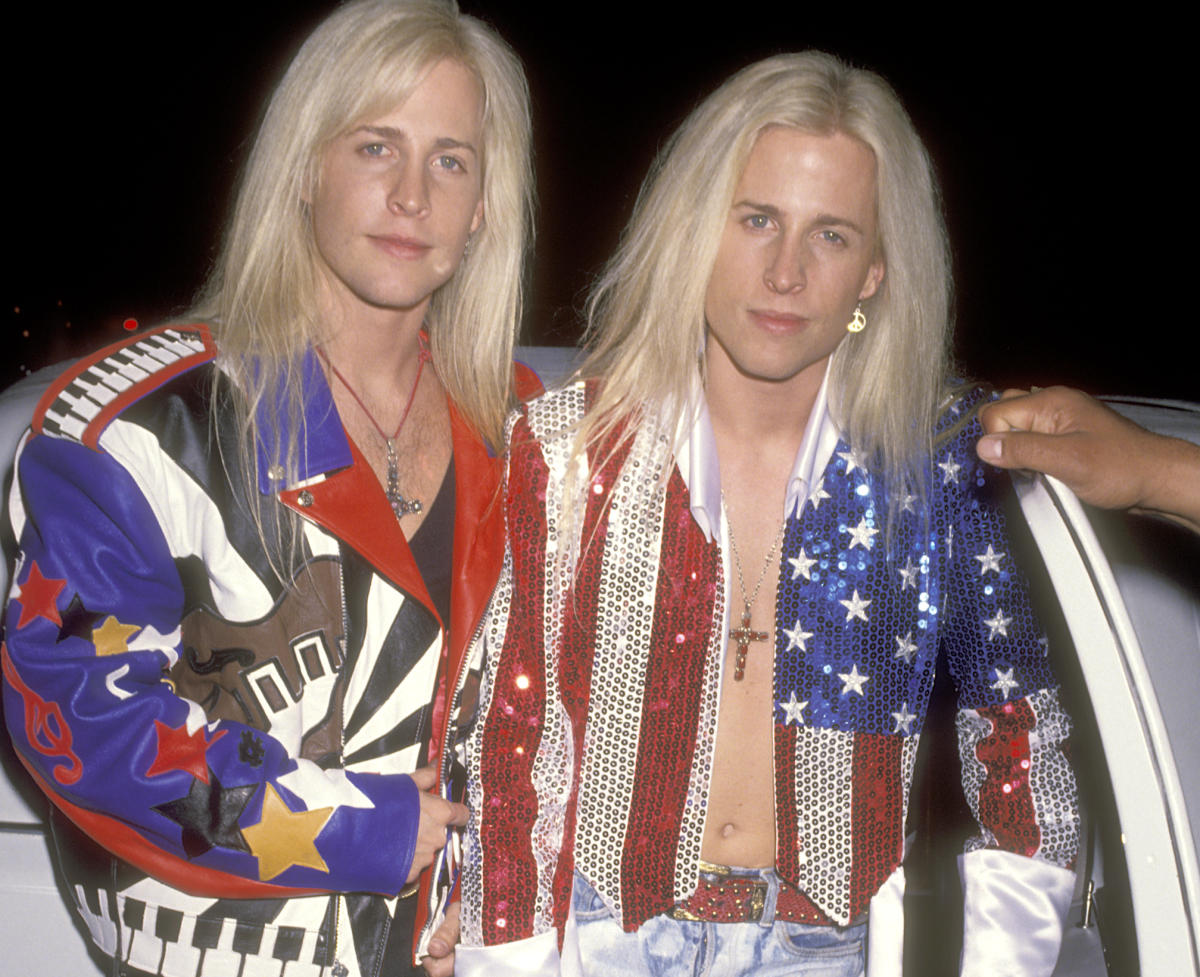 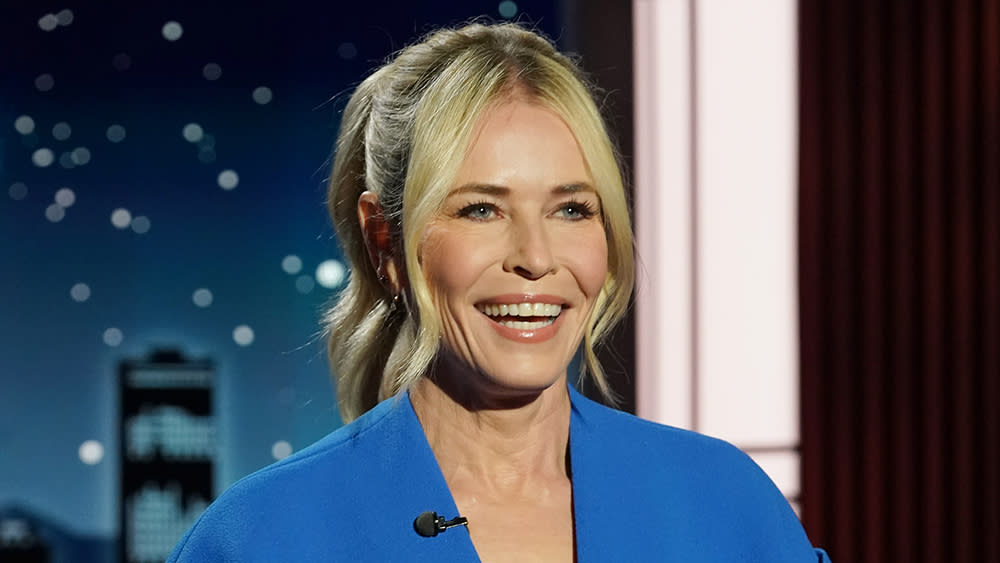