Jamie Dimon is waffling on his economic ‘hurricane’ take yet again. His bank is now calling a ‘mild recession’ later this year 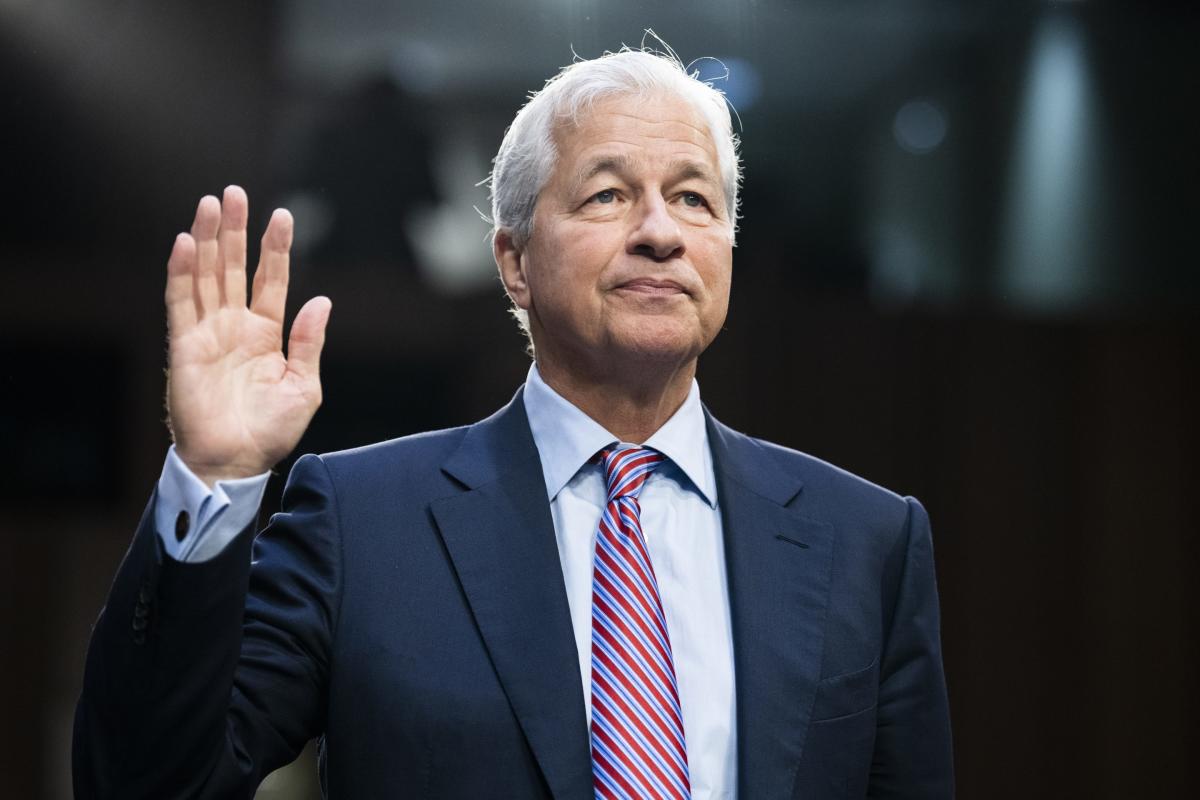 Jamie Dimon is waffling on his economic ”hurricane” take yet again. Now his bank is calling a “mild recession” later this year.

JPMorgan Chase released its fourth-quarter earnings report on Friday and topped Wall Street’s expectations. But the bank also warned that “a mild recession“ is now its “central case” for the U.S. economy this year. CEO Jamie Dimon said that the U.S. economy remains “strong” for now, but that JPMorgan is “vigilant” and “prepared for whatever happens.”

“We still do not know the ultimate effect of the headwinds coming from geopolitical tensions including the war in Ukraine; the vulnerable state of energy and food supplies; persistent inflation that is eroding purchasing power and has pushed interest rates higher; and the unprecedented quantitative tightening,” he said in a statement.

Dimon’s latest comments seem to represent a shift in tone from some of his previous statements. In May of last year at an annual conference sponsored by AllianceBernstein, Dimon told a group of investors that a “hurricane” was coming for the economy.

“Right now it’s kind of sunny, things are doing fine, everyone thinks the Fed can handle it,” he said at the time. “That hurricane is right out there down the road coming our way. We don’t know if it’s a minor one or Superstorm Sandy. You better brace yourself. JPMorgan is bracing ourselves.”

But the CEO—who is often seen as the voice of the banking industry—clarified in an interview with Fox Business earlier this week that he wasn’t attempting to make a prediction with his earlier comments.

“I shouldn’t have ever used the word ‘hurricane,’” he said. “What I said was there were storm clouds which may mitigate, and people said, ‘Oh, he doesn’t think it’s a big deal.’ So I said, ‘No, those storm clouds could be a hurricane.’”

Dimon said he was simply trying to emphasize that he was preparing for every possible outcome—even an economic “hurricane.” And JPMorgan is certainly preparing.

The bank increased its reserves—or cash held to cover potential loan losses—by $1.4 billion in the fourth quarter owing to its expectation for a mild recession this year. That’s a big change from a year ago, when it let go of $1.8 billion in reserves. Still, the company’s stock was up 1.5% by midday on Friday. Rising interest rates boosted its lending business in the fourth quarter, lifting overall net revenues 17% year over year to $35.6 billion and net income 6% to $11.0 billion.

CFO Jeremy Barnum said that JPMorgan is now on track to resume share purchases this quarter during the company’s earnings call on Friday, and reiterated that both small businesses and consumers are “generally on solid footing.” But he also noted that debit and credit card spending is up 9% year over year at the bank, and consumers are on pace to spend down their pandemic-era savings by the third quarter.

Some of JPMorgan’s competition, including Bank of America, Wells Fargo, and Citigroup, also reported earnings on Friday, and recession fears were in focus.

Bank of America CEO Brian Moynihan said his bank is fighting against a “slowing economic environment” in a Friday press release, despite topping Wall Street’s estimates in the fourth quarter, with revenues rising 11% year over year to $24.6 billion.

“Our baseline scenario contemplates a mild recession,” he added during an earnings call with analysts Friday morning in response to a question about the bank’s reserve requirements in the current economic environment. “But we also add to that a downside scenario, and what this results in is 95% of our reserve methodology is weighted toward a recessionary environment in 2023.”

Bank of America set aside $1.1 billion for credit losses in the fourth quarter owing to recession fears. Which, again, is a big change from the $500 million release in the same quarter a year ago, and another sign that big banks are preparing for turbulent times.

Wells Fargo also set aside $957 million for credit losses in the fourth quarter, after reducing its reserves by $452 million in the same period last year. And Citigroup chief financial officer Mark Mason also told reporters on Friday that his “base case” for the U.S. is a “mild recession in the latter part of 2023,” per Reuters.

Nikola To Move Battery Production From California To Arizona – What Does It Mean?