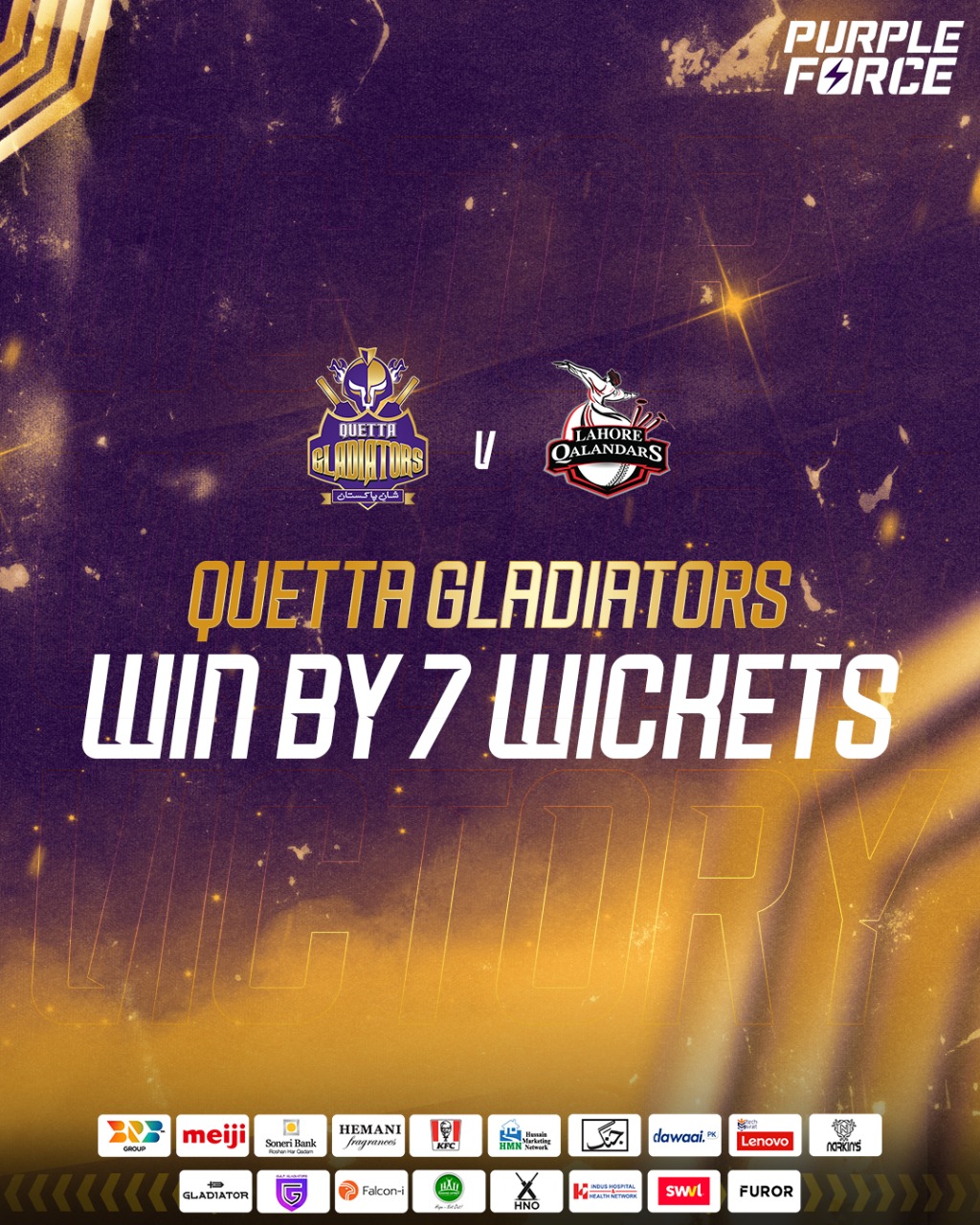 Karachi: It was the last PSL 7 match in Karachi’s national stadium between Quetta Gladiators and Lahore Qalandars, which Quetta beats Lahore in the last over by 7 wickets and chased the target of 205 runs. Jason Roy scored a century in just 49 balls and becomes the player of the match. 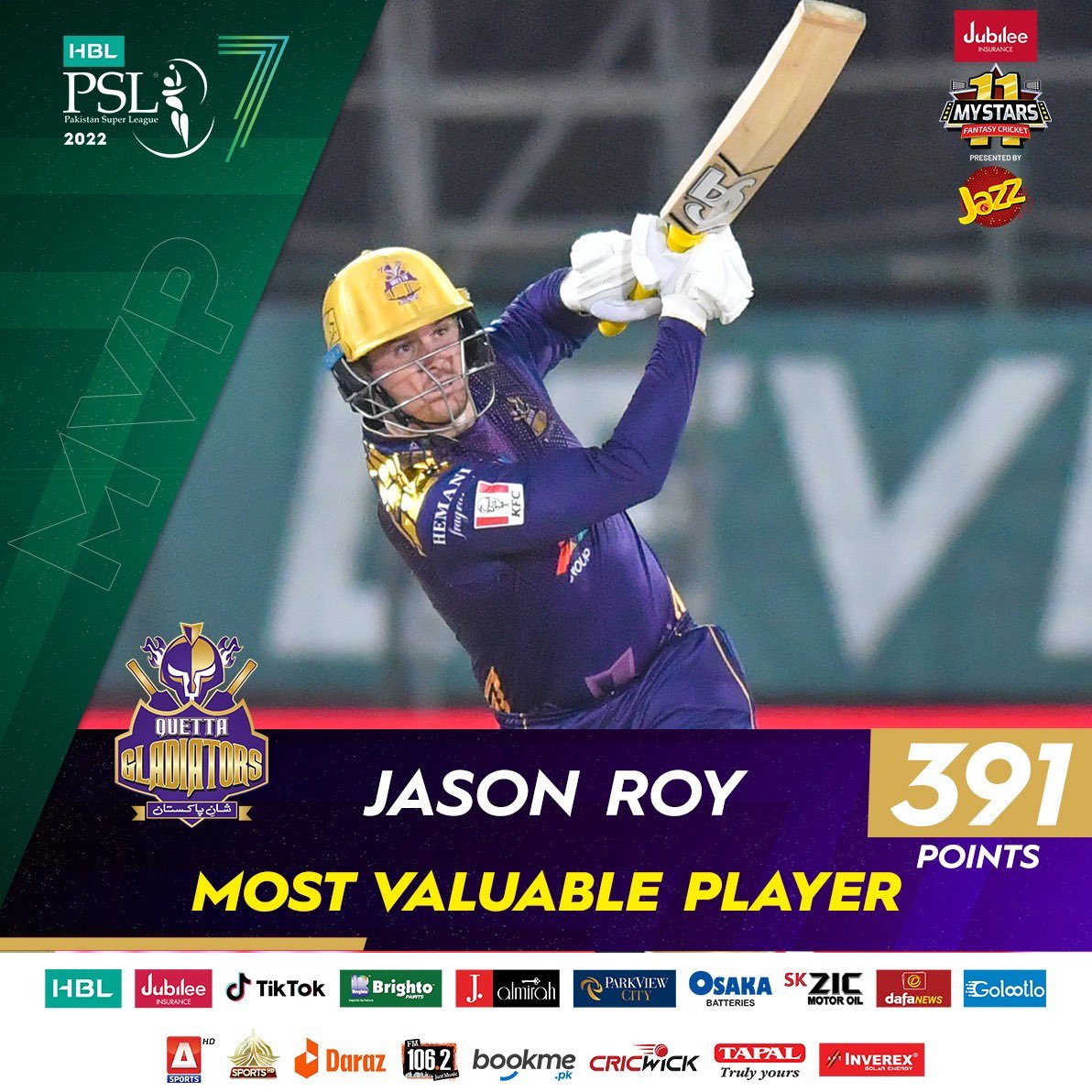 Qalandars gave Quetta Gladiators a target of 205 runs for the loss of 5 wickets in the stipulated 20 overs.

Qalandars openers Fakhar Zaman and Abdullah Shafique batted brilliantly. Fakhar played an innings of 70 off 45 balls and was bowled by Ghulam Mudassar while Abdullah returned to the pavilion with 32 off 27 balls. Kamran Ghulam and Mohammad Hafeez scored 19 and 8 respectively.

Phil Salt made 8 runs and was caught on Muhammad Nawaz by Wood’s. Thus Lahore Qalandars scored 204 runs for the loss of 5 wickets in the stipulated 20 overs and gave the rival team a target of 205 runs to win.

Quetta’s Jason Roy smashed 19 boundaries total including 11 fours and 8 sixes, he made 116 runs off 57 balls. The start of Gladiators was impressive, they played brilliantly in the first six overs. Vince hit 49 off just 38 balls with five fours. Quetta chased the target in 19.3 overs by the loss of 3 wickets only. The partnerships between Vince and Roy were so impressive and that was a match-turning point for QG.