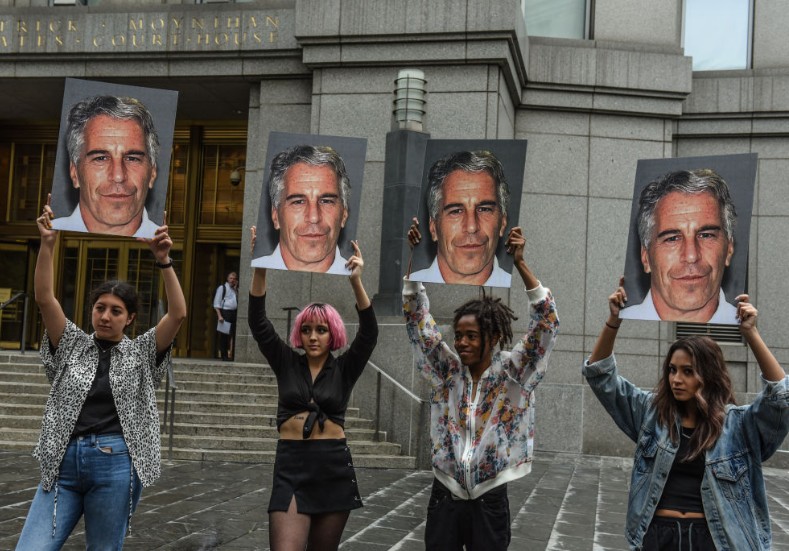 Two separate lawsuits, filed in the U.S. District Court for the Southern District of New York Thursday, allege the banks knowingly benefited from “assisting, supporting, facilitating, and otherwise providing the most critical service for the Jeffrey Epstein sex trafficking organization to successfully rape, sexually assault, and coercively sex traffic” the women despite knowing about Epstein’s dealings.

The anonymous plaintiffs in both filings argue the banks knew “they would earn millions of dollars” from facilitating Epstein and “chose profit over following the law.”

Epstein couldn’t have kept up his sex trafficking operations without “the assistance and complicity” of a banking institution, the lawsuit contends.

Attachment to a banking institution gave Epstein’s operations “special treatment” and “the appearance of legitimacy,” reads the filing against Deutsche Bank.

The Hill has reached out to Deutsche Bank and JPMorgan Chase & Co. for comment.

The lawsuits come after New York on Thursday opened up a one-year window under the state’s Adult Survivors Act, which waives the usual statute of limitations deadlines for filing sex-crime lawsuits to allow survivors to file claims on old cases, as long as they were above 18 when the alleged crime occurred.

Epstein died in prison before he could go to trial for sex trafficking charges.

His longtime associate, socialite Ghislaine Maxwell, was found guilty and sentenced for grooming young girls for Epstein to abuse — many as young as 14 when the abuse began.

A new NY law lets sexual assault survivors file new lawsuits, even if the statute of limitations has expired