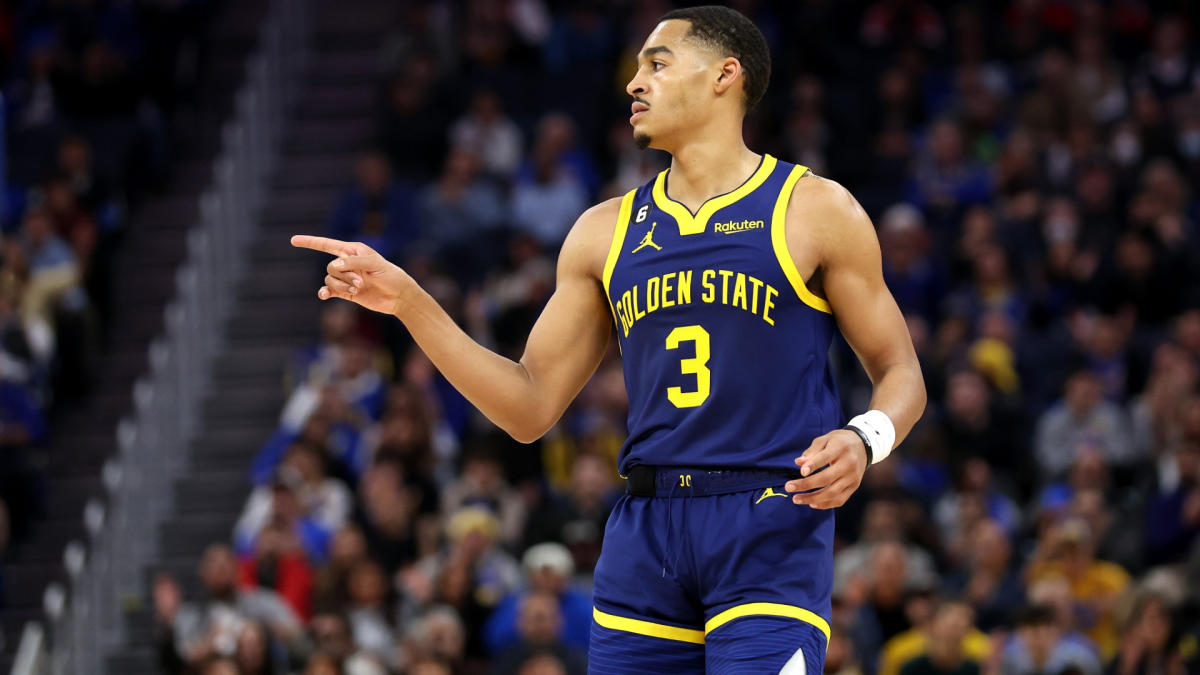 The Warriors will have to learn to control their joyful emotions while on the bench.

During Golden State’s 119-111 win over the Chicago Bulls on Friday night at Chase Center, Klay Thompson hit a crucial 3-pointer midway through the fourth quarter.

The Thompson shot from beyond the arc gave the Warriors some breathing room as the Bulls mounted a comeback, which is why Jordan Poole celebrated while on the bench..

Unfortunately for the Warriors, the celebration led to Poole receiving a technical foul as the 23-year-old walked onto the court while play was still ongoing.

“I think they said I was on the court, but I don’t really remember it. I guess this is new,” Poole told reporters when asked if the referees gave him an explanation for his technical foul.

“I don’t know when they tried to start controlling everything is my question. We bring energy on the bench. It was a big shot, but it’s like a couple of inches from the bench … I guess if our foot steps out of bounds and we’re on the court, they give us a ticket. It is what it is.”

“I don’t know when they tried to start controlling everything.”

JP still is trying to understand why the refs gave him a tech pic.twitter.com/pHWzS7TP6p

The technical didn’t prove costly as the Warriors did withstand the Bulls’ comeback thanks to a crucial 3-pointer from Draymond Green. However, the rest of the team will need to be aware of their surroundings when celebrating on the bench.