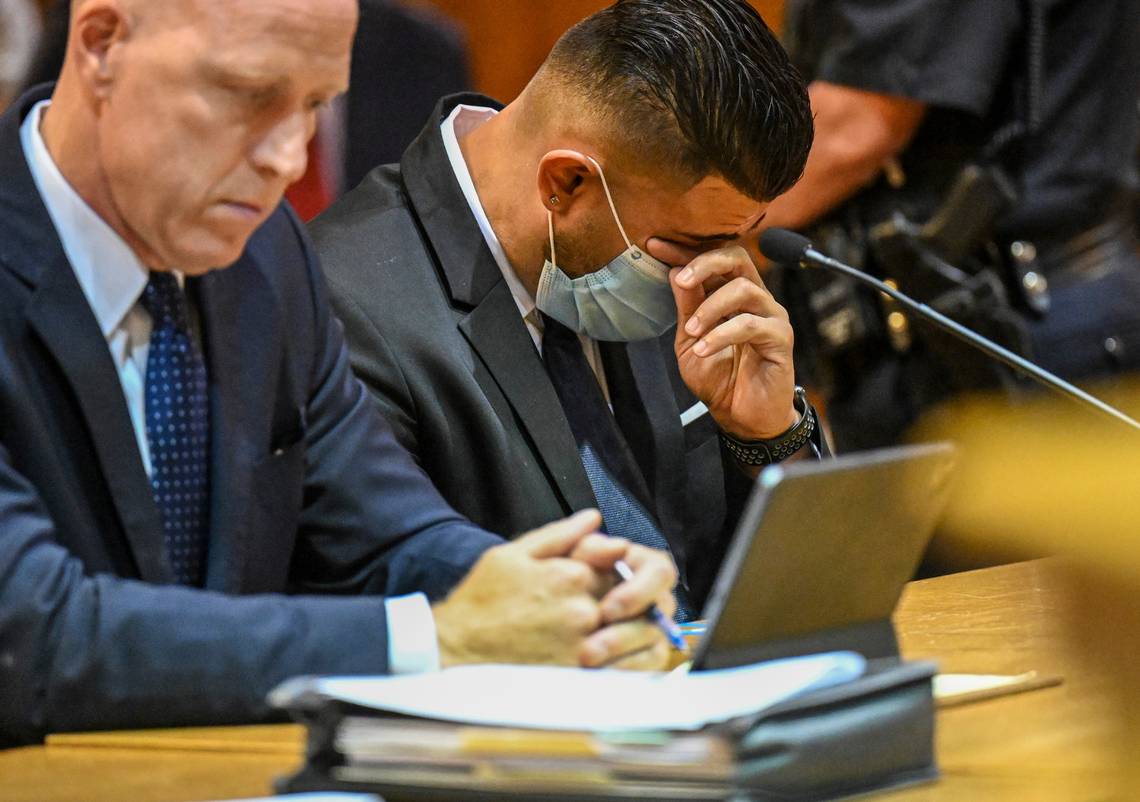 After 20 people died in a limousine crash, including the driver and two pedestrians, the limo’s operator faced blame in New York.

Nauman Hussain was charged in a 40-count indictment, including 20 counts of criminally negligent homicide and 20 counts of manslaughter in connection with the deaths in the 2018 crash, court records show.

In September 2021 he pleaded guilty to 20 counts of criminally negligent homicide as part of a plea agreement negotiated with a now-retired judge, according to court documents filed with the New York Supreme Court Appellate Division: Third Division.

This agreement would have allowed him to avoid prison and serve five years of probation.

However, when Hussain’s sentencing hearing arrived in August, another judge took over the case, following the original judge’s retirement, and threw out the plea deal, according to the documents provided to McClatchy News by one of Hussain’s attorneys.

Schoharie County Judge Peter Lynch declared his own opinion of the case — choosing to not recognize the previously agreed-upon plea deal — arguing Hussain was guilty of manslaughter at the Aug. 31 hearing, the documents state. Then, Lynch gave Hussain and his attorneys 15 minutes to make a choice to withdraw his guilty plea or be sentenced to prison.

As a result, Hussain withdrew his plea, according to his attorneys who argue Lynch wrongfully coerced him to do so in a short period of time as his emotions ran high over Lynch’s sudden refusal to accept the agreement.

Now they are fighting to have Hussain’s guilty plea reinstated and want to stop further criminal proceedings against him, according to the documents.

His attorneys filed an appeal requesting the appellate division of state Supreme Court to step in and make a decision on whether to prevent the case from going to trial, the Times Union reported.

A judge is expected to rule on Dec. 5 if Lynch had the authority to throw out Hussain’s plea, Hussain’s attorney Lee Kindlon confirmed to McClatchy News.

After McClatchy News contacted the state’s Unified Court System on Nov. 23, seeking a comment from Lynch, spokesman Lucian Chalfen said “as this case remains a pending matter, what has already been placed on the record is the Court’s position.”

The limo crash in Schoharie on Oct. 6, 2018 was described “as the deadliest transportation disaster in the U.S. in almost a decade, including plane crashes,” by New York Magazine.

In the wake of the crash, Hussain’s attorneys argued it was a result of a “catastrophic brake failure,” according to court documents.

Meanwhile, prosecutors accused him of not taking care of the brakes on the Ford Excursion stretch limo, which he rented to 17 people in October 2016, according to the Times Union.

The limo was bringing the group to a brewery to celebrate one of the occupant’s birthdays when it was headed downhill on state Route 30 in Schoharie and the brakes would not bring the vehicle to a stop, according to The Associated Press.

While going more than 100 mph, the limo went through a stop sign, crashing and ending up in a ravine near a store — resulting in the deaths of the 17 passengers, the driver and two pedestrians nearby, the outlet reported.

An imprint of driver Scott Lisinicchia’s shoe was discovered on the limo’s brake after the tragedy, according to the Times Union.

Hussain’s attorneys argued that their client brought the limo to Mavis Discount Tire to check out the brake system prior to the crash and that it passed a safety inspection, court documents state.

“Mavis never performed the invoiced brake service or the safety inspection. Instead, Mavis fraudulently billed (Hussain) as if it had done so,” the documents state.

The National Transportation Safety Board determined in a report that the crash was due to the limo operator’s “‘egregious disregard for safety’ that resulted in brake failure, ineffective state oversight contributed,” according to AP.

When Lynch threw out Hussain’s plea in August, there were mixed reactions, AP reported. Hussain’s attorneys were shocked while the family’s of those who died in the limo crash applauded the decision.

After Lynch gave Hussain 15 minutes to decide whether to vacate his guilty plea, his attorneys asked for more time but Lynch refused, court documents state. Hussain was described as having difficulty concentrating as he tried to console his fiancee who burst into tears, according to the court documents.

Despite this, Lynch demanded a decision and Hussain’s attorneys argued they were “impelled” and “rushed” to vacate the plea.

The attorneys are requesting to “reinstate (Hussain’s) guilty plea which Judge Lunch improperly impelled (Hussain), through undue coercion and lack of sufficient opportunity to confer with counsel” to vacate, according to the documents.

Schoharie, where the limo crash occurred, is 40 miles west of Albany.

Same-sex marriage legislation divides conservatives ahead of vote next week