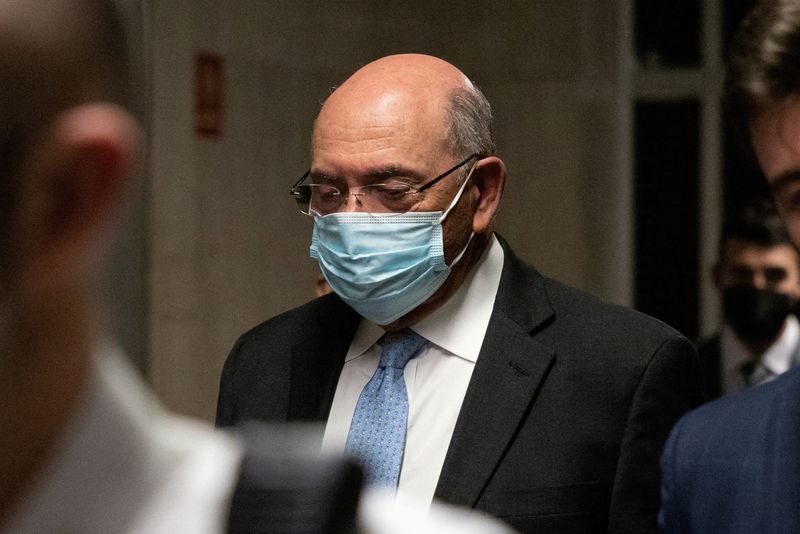 The former U.S. president’s company was charged in 2021 with paying personal expenses for some executives without reporting the income, and compensating them as if they were independent contractors. Its longtime chief financial officer, Allen Weisselberg, pleaded guilty and testified for the prosecution.

Trump, who last month announced a third run for the presidency in 2024, was not charged in the case. But prosecutor Joshua Steinglass said in his closing argument on Friday that Trump was aware of the scheme, part of an effort to counter the defense’s argument that Weisselberg, 75, sought only to benefit himself and hid his wrongdoing from the Trump family.

“He is not on trial here, but that does not mean that you should believe the defense’s narrative that Allen Weisselberg…went rogue,” Steinglass told the jury.

Trump, a Republican, has called the charges politically motivated. Alvin Bragg, the current Manhattan district attorney, is a Democrat, as is the DA who brought the charges last year, Cyrus Vance.

The Trump Organization has pleaded not guilty. The company faces up to $1.6 million in fines if convicted.

Its lawyers have argued that an outside accountant from Mazars USA who prepared tax returns for the company, Donald Bender, should have caught Weisselberg’s fraud and blown the whistle.

Bender “turned a blind eye to Allen Weisselberg’s wrongdoing,” defense lawyer Susan Necheles said in her closing argument on Thursday. “President Trump relied on Mazars, he relied on Donald Bender to be the watchdog.

Bender, who has been given immunity from prosecution, was the main witness called by the defense. He testified that he trusted that Weisselberg gave him accurate financial information to include in the company’s tax returns and was under no obligation to investigate further.

Mazars cut ties with the Trump Organization earlier this year.

The case is one of several legal troubles facing the 76-year-old Trump. He also faces Department of Justice probes into his efforts to overturn the results of the 2020 presidential election and his removal of government documents from the White House after leaving office, as well as a state probe in Georgia over a push to reverse his election loss in that state.