Mike Sainristil on flag planting: 'I was thinking about that since January' 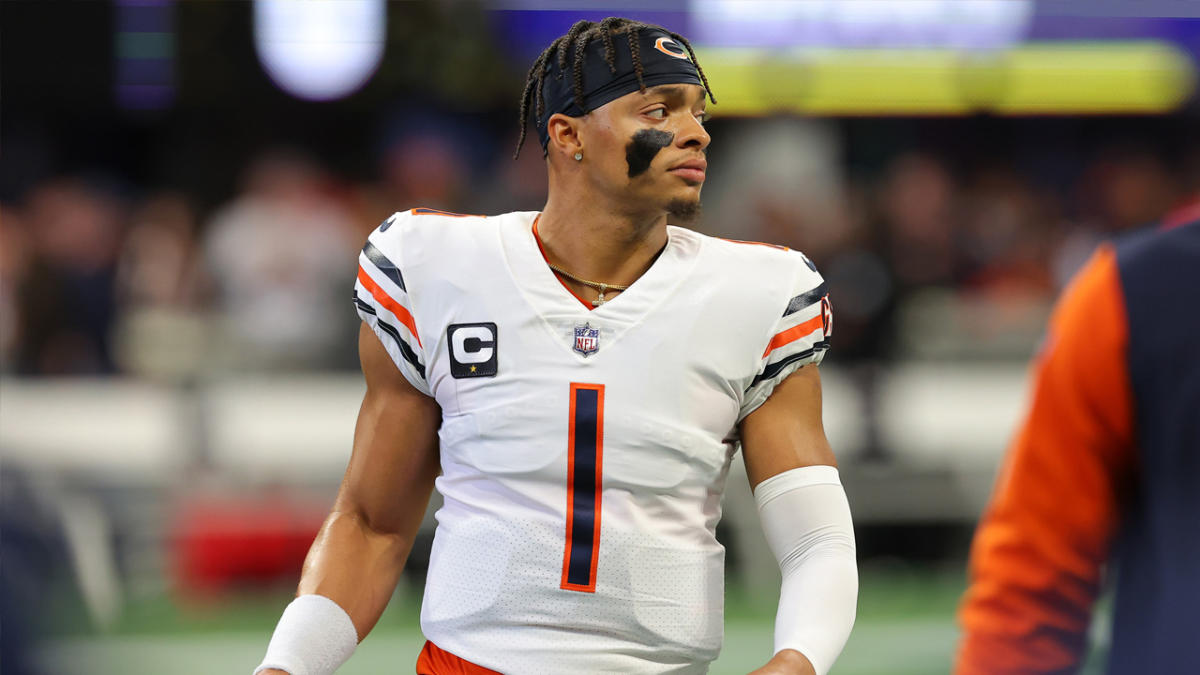 LAKE FOREST, Ill. — Justin Fields ended all the mystery about his injury Wednesday afternoon at Halas Hall. While NFL news breakers were debating whether the Bears quarterback’s injury was a dislocated shoulder, and head coach Matt Eberflus dodged questions, Fields stepped to the mic and told it like it is.

“It’s a separated shoulder with partially torn ligaments. Basically an AC joint. That’s my understanding of it,” Fields said.

The 23-year-old quarterback suffered the injury on the first play of the Bears’ final drive in their 27-24 loss to the Atlanta Falcons on Sunday. He was cleared to practice Wednesday and was listed as a limited participant in the walk-through. His status for Sunday’s game against the New York Jets at MetLife Stadium is day-to-day.

Fields said he felt better Wednesday than he did after the game Sunday. However, he still is limited in what he can do on the football field.

“Some movements that I do with my arm hurts it a good bit,” Fields said. “Like I said, just trying to work through those motions and kind of get my arm used to moving in those particular motions that hurt so it’s used to moving that way and gets the muscle stronger.

“It’s just different motions of me handing off the ball, throwing,” Fields said later when asked when he feels pain. “When I’m finishing my throw, I’m feeling it pretty much every throw. Again, it’s just me going through those motions, getting it stronger and seeing how it feels come Saturday or Sunday.”

The Bears will ramp up Fields on Thursday and Friday, seeing if he can do everything required to operate the offense and protect himself.

For Fields, it’s a simple calculus to determine if he can play or not.

“I just feel like if I can play and that I’m not furthering the risk of injury and I can do what I need to do to be able to protect myself, I think that’ll be good enough for me to play,” Fields said.”