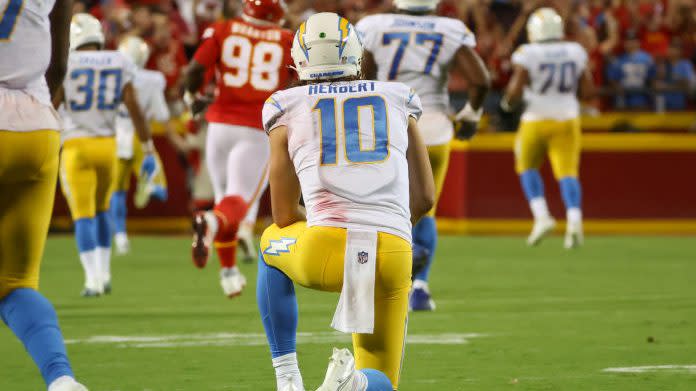 Chargers quarterback Justin Herbert was hurting after a shot to the ribs late in Thursday night’s loss to the Chiefs and head coach Brandon Staley offered an update on his condition on Friday afternoon.

Staley said that Herbert suffered fractured rib cartilage, which he noted was better than a fractured bone. He termed Herbert day-to-day and said the team will know more about his outlook next week.

One plus to playing on Thursday is that Herbert will have some extra time to heal before the Chargers return to the field. They host the Jaguars on September 25.

Herbert missed one play as the result of the injury, but returned and threw a touchdown pass that cut the Chiefs lead to 27-24 before Kansas City recovered an onside kick to put the game on ice.