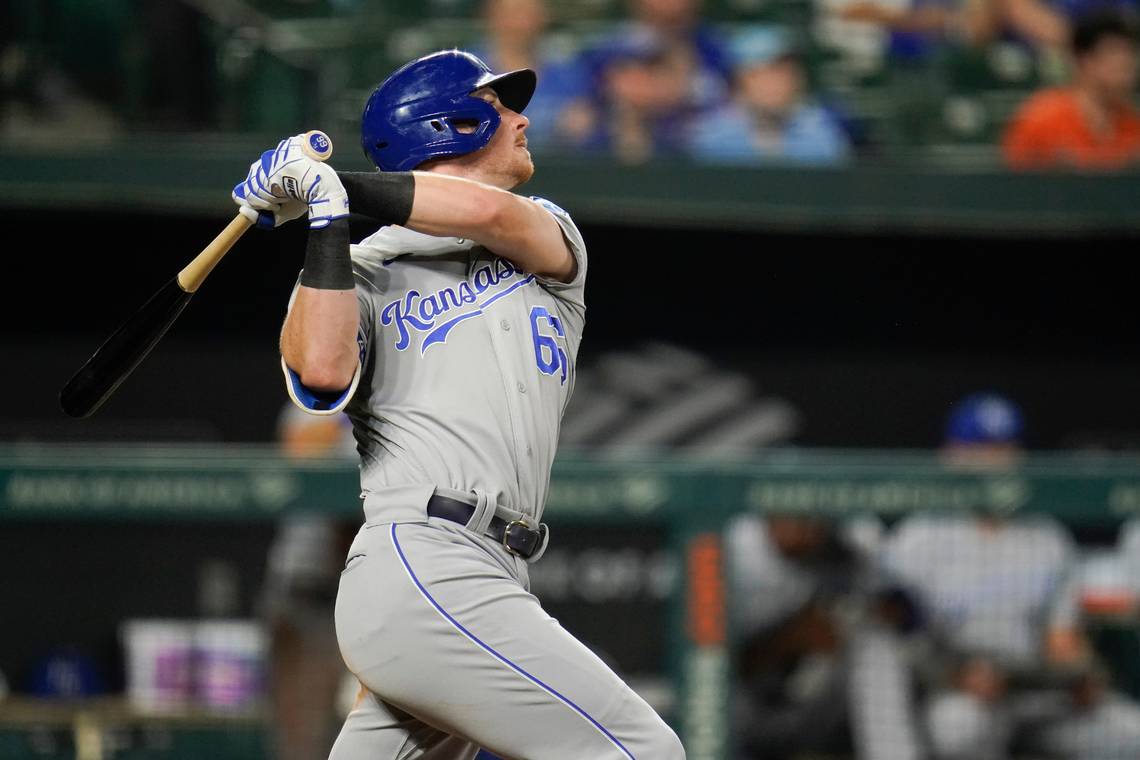 On Tuesday afternoon, the Royals sent the left-handed hitting slugger O’Hearn to Lyles’ former club, the Baltimore Orioles, in a trade in exchange for cash considerations.

On November 15, O’Hearn agreed to a one-year contract worth $1.4 million with an additional $250,000 in performance bonuses to avoid salary arbitration.

The elimination of defensive infield shifts played a factor into the Royals decision to hold onto O’Hearn when he appeared at least a possible candidate to be non-tendered due to the presence of left-handed hitting first baseman Vinnie Pasquantino and Nick Pratto on the 40-man roster.

The idea at that time had been that O’Hearn, who made consistently hard contact and has above-average power, might see a significant improvement in his offensive production in 2023.

O’Hearn was one of four players who remained on the active roster for the entire 2022 season, though he saw relatively minimal playing time.

During the MLB Winter Meetings in early December, new Royals manager Matt Quatraro expressed optimism that O’Hearn would play a bigger role for the club in 2023.

“I would anticipate him getting more at-bats than he probably had last year,” Quatraro said in response to a question from The Star. “And being a big part of the team, whether it be off the bench or advantageous matchups on any given night.”

However, the Royals designated the first baseman/outfielder for assignment on December 28, once Lyles’ signing became official.

Lyles, who signed a two-year deal, will be counted on as an anchor of the Royals’ starting pitching rotation.

“Those decisions are always difficult, managing our 40-man,” Royals executive vice president and general manager J.J. Picollo said last week. “Especially (since) we feel like it’s a young 40-man roster, so we know every move we make is going to create a tough decision.

O’Hearn, 29, had spent his entire professional career in the Royals organization. An eighth-round draft pick in the 2014 MLB Draft, O’Hearn made his major-league debut in July 2018.

He began his major-league career with a big splash and showed great potential as a power-hitting left-handed first baseman.

He hit a two-run homer in his first game against the Chicago White Sox, and joined Clint Hurdle and Mark Quinn as Royals to homer in their first game.

O’Hearn went on to hit a total of 12 home runs and 24 extra-base hits in his first 44 games in the majors. Those were the most by a Royal through 44 career games, and his 30 RBIs in that span ranked third behind Quinn (32) and Bob Hamelin (31).

He’ll presumably get a fresh start with an Orioles team that has a similarly-young core and that finished with a record of 83-79 in 2022 after it made a late unsuccessful playoff push.

Ron Rivera: I made a gaffe, not realizing we could get knocked out of the playoffs