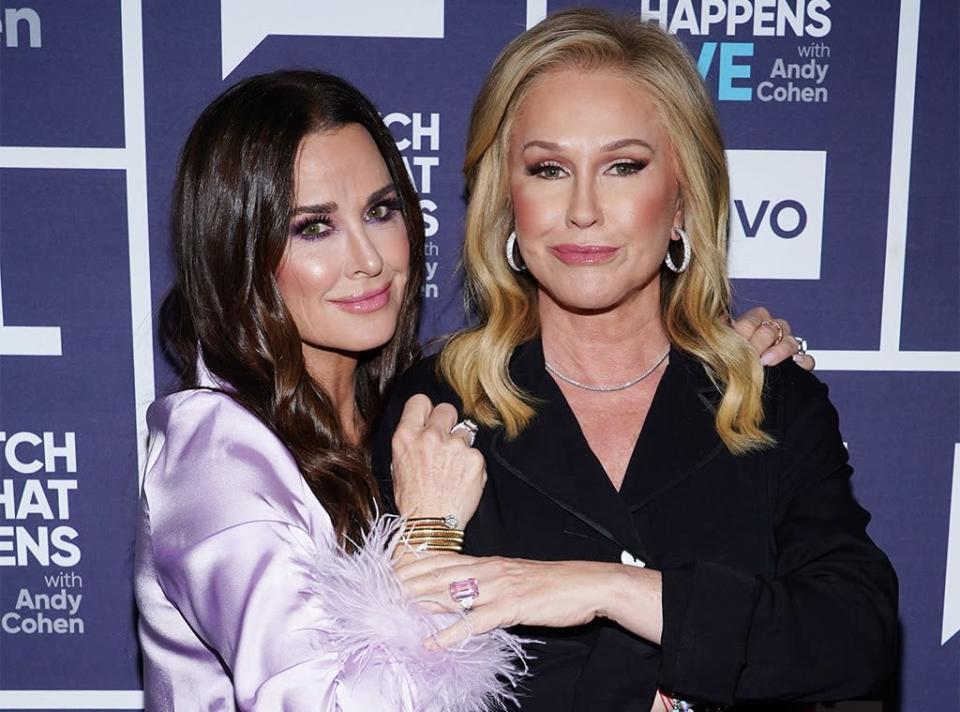 Could The Real Housewives of Beverly Hills be saying goodbye to one of its biggest stars?

Bravo mainstay Kyle Richards previously hinted that the show’s current season could be her last. However, according to her sister and series friend-of Kathy Hilton, she likely isn’t saying goodbye just yet.

“I think she does that,” Kathy exclusively told E! News of Kyle’s tendency to question her future on the show. “She works so hard, and you finally sometimes go, ‘Well, maybe this is it.’ But I think she’ll be back.”

Whatever Kyle decides, it’ll almost certainly impact whether Kathy remains, as the 63-year-old revealed that the reason she joined the show in the first place was to spend more time with her sister, something she has indeed gotten to do since joining the franchise in 2011.

That’s not to say Kathy hasn’t doubted her own position on RHOBH, though. As she put it during E!’s recent interview at her RHOBH screening with MenoLabs, “This show, even just the little bit that I do—then you have to do the press, you have to do BravoCon, you have to do the reunion—and then, all of a sudden, you’re back filming again.”

As for whether she would like to upgrade her role to a full-time Housewife in the future? “Usually, you say, ‘I’ll never say never,’” she said, “but for sure, absolutely not.”

While fans won’t see her claim her full-time diamond anytime soon, she did make her triumphant RHOBH return in recent episodes after being noticeably absent throughout the season. She did have a good excuse, though. “I was busy filming Paris in Love and putting on a wedding,” she told E! News.

The Peacock series followed Kathy’s daughter, the one and only Paris Hilton, and her journey leading up to her November 2021 wedding to her husband Carter Reum. You can stream the show on Peacock and catch The Real Housewives of Beverly Hills Wednesdays at 9 p.m. on Bravo.

(E!, Bravo and Peacock are all part of the NBCUniversal family.)

Judith Durham Dies: ‘Georgy Girl’ Singer With The Seekers Was 79