Covid vaccines: Tourists head to the US to get vaccinated 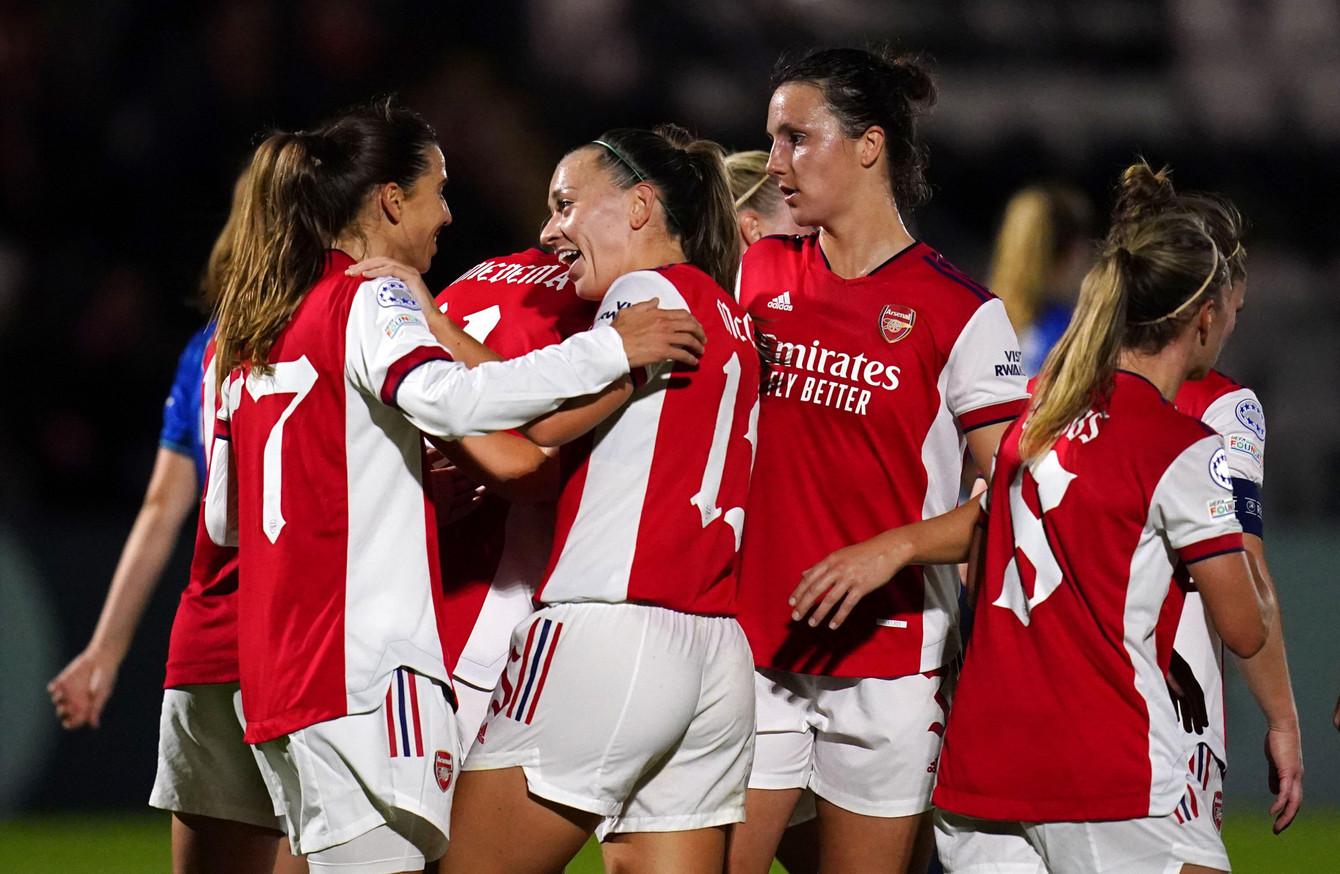 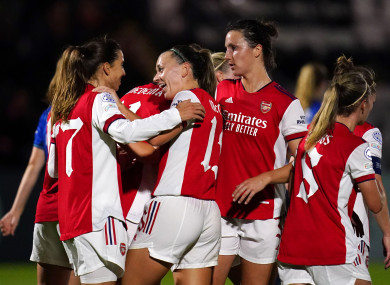 ARSENAL CHALKED up their first win of the Women’s Champions League group stage by beating Hoffenheim 4-0 at Meadow Park.

Following their 4-1 defeat at Barcelona in their opening fixture of Group C, goals from Kim Little, Tobin Heath, Vivianne Miedema and Leah Williamson saw the Gunners to a comfortable victory that pulls them level on points with their German opponents in the standings.

Little and Heath found the net prior to half-time, before Miedema and Williamson rounded off the scoring in the second period, although Hoffenheim had plenty of chances themselves.

Nicole Billa fired wide on the turn as Arsenal failed to clear their lines in a nervy moment in the third minute, before Tine De Caigny volleyed just over from the edge of the box.

Arsenal’s breakthrough came when they were awarded a penalty after Michaela Specht was deemed to have caught Beth Mead with a high boot in the 21st minute.

Captain Little sent goalkeeper Martina Tufekovic the wrong way from the spot to put Arsenal in front with a low strike.

The hosts withstood some more Hoffenheim pressure before Miedema passed up the opportunity to have a shot at goal from a promising position in favour of squaring to Mead, only for the move to come to nothing.

Arsenal doubled their advantage on the stroke of half-time, though, when some neat passing saw the ball played out left to Katie McCabe, who swung in a cross that was headed down by Miedema for the unmarked Heath to coolly find the net from close range.

The Gunners continued to press after the break and were rewarded with a third goal seven minutes into the second half.

Tufekovic did brilliantly to keep out Jordan Nobbs’ curling effort from the edge of the area, but she could not hold on to the ball, which fell to Miedema for a simple finish.

Sarai Linder headed over as Hoffenheim squandered a good opportunity to reduce their arrears shortly after the hour, before Arsenal goalkeeper Manuela Zinsberger tipped over a deflected Jule Brand strike and McCabe cleared off the line from a Linder header.

But Arsenal put the result beyond all doubt when Williamson powered home a near-post header from a corner four minutes from time.

Elsewhere, Jenni Hermoso marked her first start of the season with a late goal from the penalty spot as holders Barcelona laboured to a 2-0 women’s Champions League win at Danish debutants Koge, for whom Irish international Kyra Carusa started up front.

Barca, who thumped former winners Arsenal 4-1 in their opener last week, are three points clear at the top of the Group C table.

The Spanish giants struggled as unheralded Koge kept them at bay for longer than any team managed in the whole of last season’s competition.

But Sweden forward Fridolina Rolfo, a close-season signing from Wolfsburg, finally broke the deadlock in the 63rd minute with her first Champions League goal for Barcelona.

Despite attempting 31 shots at goal during the game, the visitors did not put the game to bed until the fifth minute of added time.

Star striker Hermoso, still on the comeback trail after two months out with an ankle injury, safely fired the penalty into the corner.

Bayern Munich bounced back from their disappointing opening draw with Benfica by thrashing Swedish side Hacken 4-0.

Her international teammate Linda Dallmann grabbed the third with 19 minutes remaining before substitute Jovana Damnjanovic added some extra gloss to the scoreline in injury time.

Record seven-time winners Lyon made it two wins out of two with eight goals scored and none conceded after a 5-0 romp over Benfica.

Canadian international Kadeisha Buchanan scored twice with Danielle Van De Donk, Melvine Malard and Catarina Macario also on the scoresheet to keep the French side perfect at the top of Group D.

They were further buoyed by seeing record goal-scorer Ada Hegerberg continue her return after a 20-month injury lay-off, coming on a second-half substitute.

Phoebe Frances Brown: ‘I made sense of my cancer by creating art’