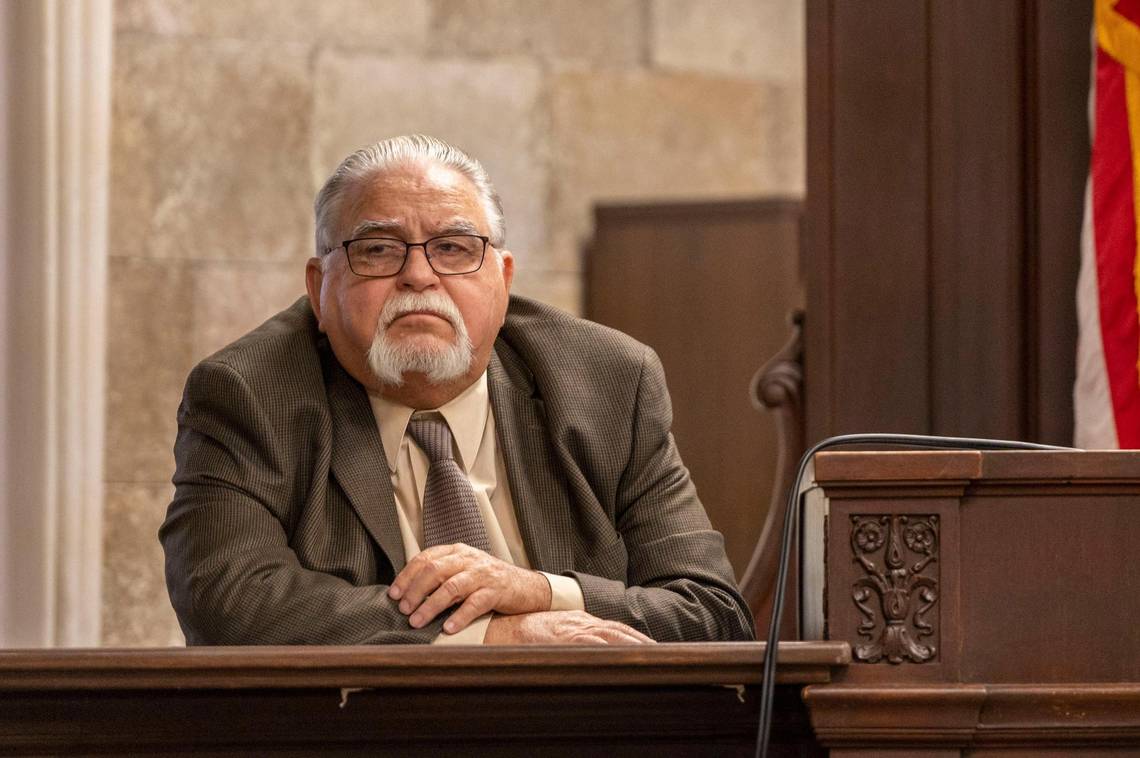 KCKPD’s review will be overseen by detectives and captains and it will be conducted in collaboration with the Wyandotte County district attorney, Police Chief Karl Oakman told The Star on Friday.

The department intends to hold a press conference Monday to lay out the plan.

“We are working with the district attorney’s office to develop a plan to review all of Roger Golubski’s cases,” Oakman said. “This is a key component towards building community trust and relationships.”

The news comes a day after District Attorney Mark Dupree requested $1.7 million from Unified Government commissioners to digitize decades of files in an effort to examine cases touched by Golubski. The Board of Commissioners unanimously passed a resolution of support, saying they will take steps to find a funding source for the project.

Golubski, who is white, was indicted in September on federal charges that allege he sexually assaulted and kidnapped two Black women, including one who was a minor, from 1998 to 2002. Prosecutors also say he preyed on or raped seven other victims.

Then on Monday, Golubski was among four men indicted in a separate federal case that alleges he helped run a violent sex trafficking operation in the 1990s out of apartments owned by one of his co-defendants, convicted drug trafficker Cecil Brooks. Prosecutors allege Brooks paid off Golubski, who also stands accused of raping one of the underage girls kept there.

Dupree said Golubski’s charges made his request for funding urgent. Since Golubski worked at KCKPD from 1975 until 2010, then at the Edwardsville police force until 2016, the DA wants to scan files from those years to determine which cases he worked.

Activists have long called for a review of cases investigated by Golubski. Attorneys for Lamonte McIntyre, who spent 23 years in prison for a double murder he did not commit, have claimed Golubski framed him, leading to questions about other cases he investigated in which prisoners maintain they are innocent.

McIntyre’s lawyers also claimed numerous homicides were “inadequately investigated” or not prosecuted because Golubski was shielding criminals, including one of the men who allegedly paid him off in the sex trafficking ring.

Oakman emphasized Friday he has implemented a variety of policy changes and reforms since he was appointed police chief last year.

“I want to stress to the community that we hold our officers accountable and to the highest standards,” he said.