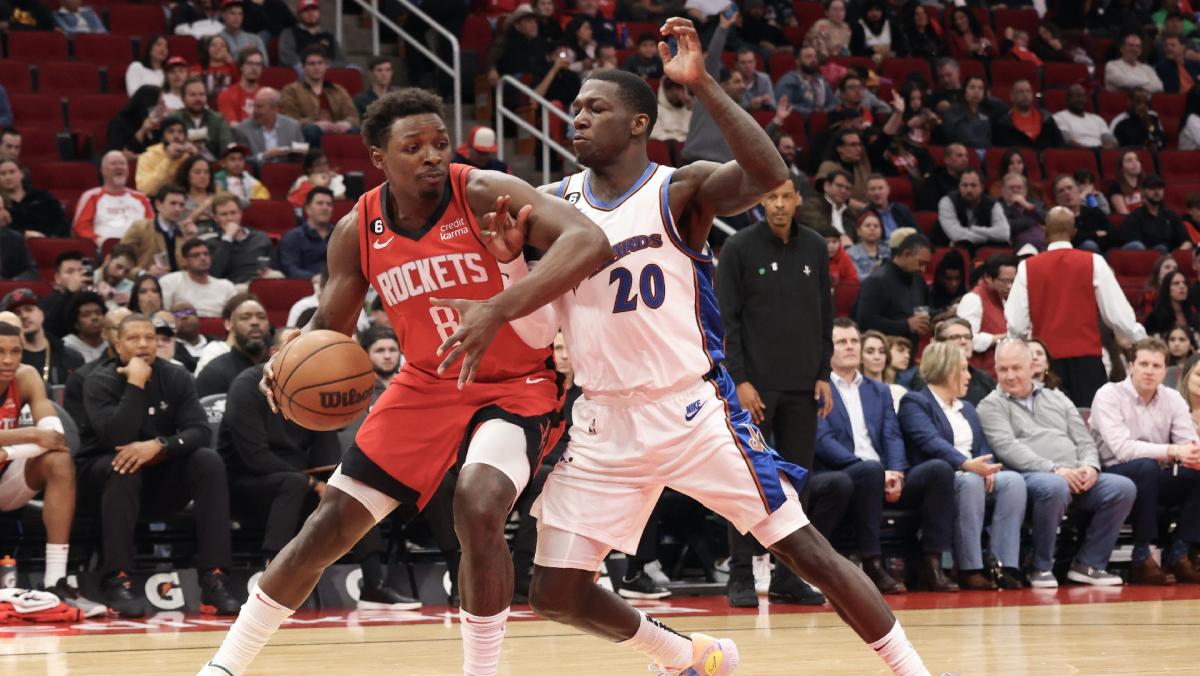 Most players take time, at least a few days, to get acclimated to their new team once a trade gets finalized. For Kendrick Nunn, who the Wizards acquired in a trade with the Los Angeles Lakers just over 48 hours before his Washington debut, that grace period was nonexistent.

Nunn was inactive for his first game as a Wizard in Tuesday’s win over Dallas. On Wednesday, though, Nunn helped catalyze a 19-point comeback over the Houston Rockets.

The 27-year-old guard saw 22 minutes of action in his Wizards debut – a sharp increase from the 13-some minutes he averaged in Los Angeles prior to the trade – and made the most of them. He put up 12 points, knocked down 5-of-9 field goal attempts, and snagged four rebounds and four assists for a +7.

“I just wanted to come in and impact winning,” Nunn said postgame. “Play hard, be aggressive, be myself and just impact winning. That’s all I did today.”

With starting point guard Monte Morris out, Delon Wright got the start for Washington with Nunn entering the game early in the second quarter. His first shot was pure, hitting a pull-up midrange jumper minutes after subbing in. But the third quarter was where Nunn got to demonstrate what he can when on the floor.

As Washington began to mount their comeback behind a 29-point second-half effort by Kyle Kuzma, Nunn did his part by putting down a vicious left-handed dunk over Rockets big man Bruno Fernando. The very next play, Nunn led a fast break and dished a nifty behind-the-back pass to Kuzma who laid it in.

Nunn also contributed on defense as one of four Wizards who finished the night with two or more steals.

“I try to be consistent on both ends of the floor,” Nunn said. “Get into ‘em, use my quickness and speed against the defender – it worked out for me tonight.”

It might be easy to forget, given Nunn’s tenure with the Lakers in which he saw career lows in virtually every statistical category, what his ceiling is as an NBA player. He averaged 15.0 points per game during his first two NBA seasons in Miami, good enough for All-Rookie First Team.

“A lot of work for that [dunk], I had to get that back,” Nunn said of overcoming injuries and adversity. “It was a long process too, as well. That’s just a testament to my hard work and discipline. It feels good to be healthy and just come out here and play and have fun.”