‘You guys paid for all this’: Internet fumes as billionaire… 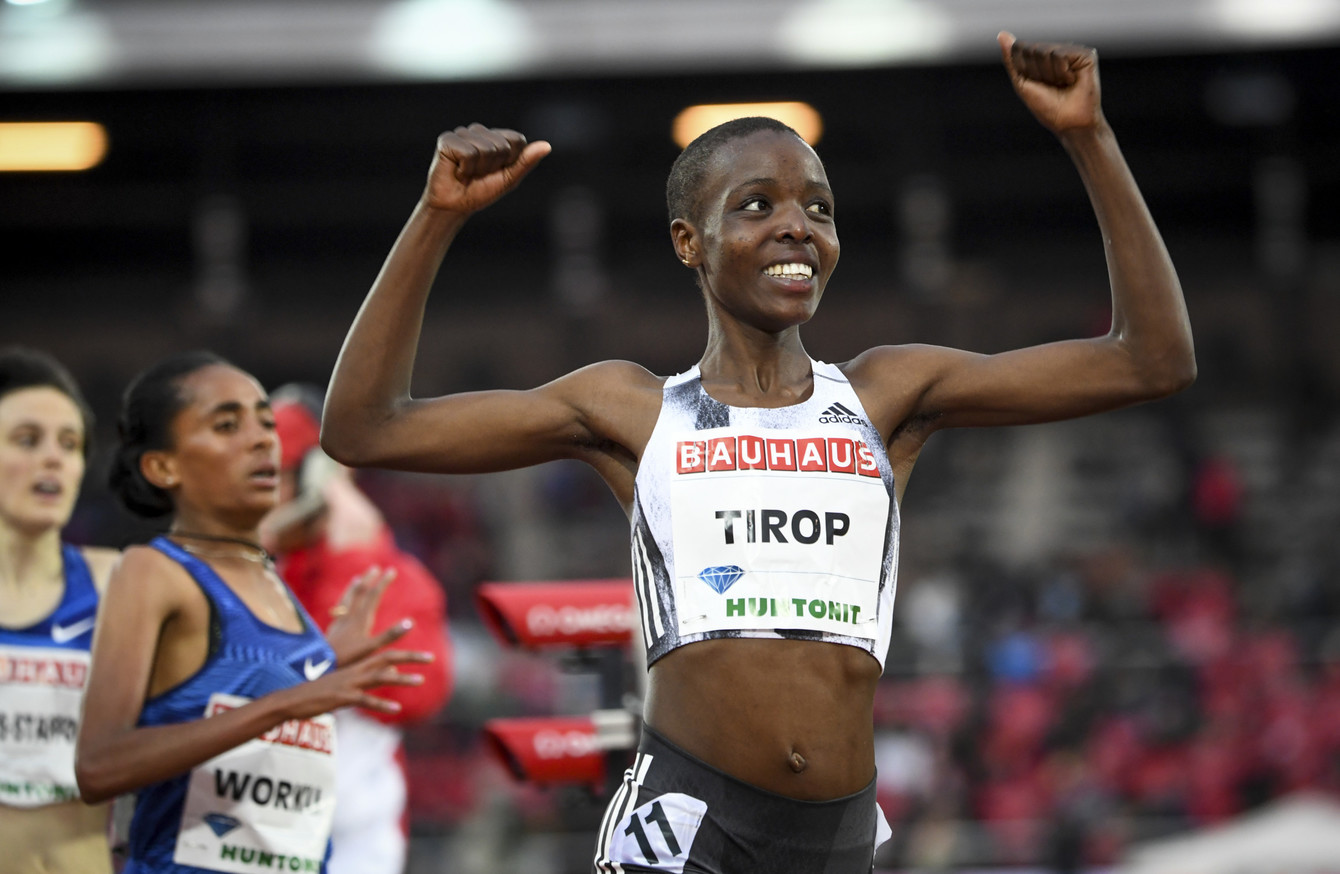 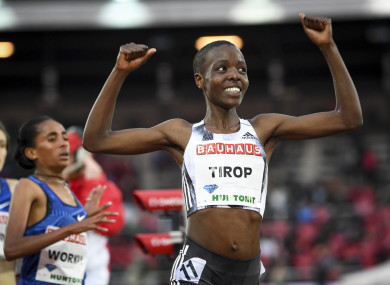 KENYAN POLICE WERE on Thursday searching for the husband of record-breaking runner Agnes Tirop who was stabbed to death in an incident that has shocked her home country and the world of athletics.

Tirop’s husband Emmanuel Rotich was named by police as a suspect in the death of the 25-year-old double world championships medallist and Olympian, who has been hailed as a rising star cut short in her prime.

“We are closing in on the manhunt for the killer,” Keiyo North police commander Tom Makori told AFP on Thursday, saying police were tracking down Rotich’s phone signal.

“The sooner we get him to reveal the circumstance that led to the murder of the young girl, the better for all of us. We are under pressure to catch him.”

Tirop’s body was found with stab wounds in the bedroom of her home in Iten in western Kenya, a high-altitude training hub for many top-class athletes.

“Murder of a champ,” was the front-page headline in Kenya’s Daily Nation newspaper.

She was killed just a month after she smashed the women-only 10km world record at an event in Germany, with a time of 30:01, slicing 28 seconds off the previous record.

Tirop was a double world 10,000m bronze medallist and 2015 world cross county champion. She finished fourth in the 5,000m at the Tokyo Olympics this year.

She also made history in 2015 when she became the second-youngest ever gold medallist in the women’s cross country championships after Zola Budd.

“Kenya has lost a jewel who was one of the fastest rising athletics giants on the international stage, thanks to her eye-catching performances on the track,” Athletics Kenya said in a statement Wednesday.

Kenyan President Uhuru Kenyatta also paid tribute to the young athlete, who would have turned 26 later this month, and urged the police to track down those behind her death.

“It is unsettling, utterly unfortunate and very sad that we’ve lost a young and promising athlete who, at a young age of 25 years, she had brought our country so much glory through her exploits on the global athletics stage,” he said in a statement.

“It is even more painful that Agnes, a Kenyan hero by all measures, painfully lost her young life through a criminal act perpetuated by selfish and cowardly people,” he said.

The US embassy in Nairobi also expressed its condolences, describing Tirop as “a figure of hope for women in sports”.

He won three consecutive titles for Kenya in the World Cross Country Championships from 2006 to 2008.

Kenya is the most successful nation in the cross country championships, having won 49 team and 27 individual titles.