= Kerala Soldier, Killed In Action In J&K, Cremated With Full Honours
Skip to content
You are Here 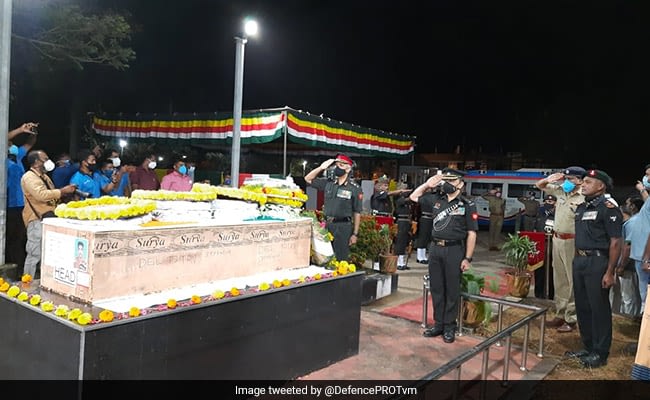 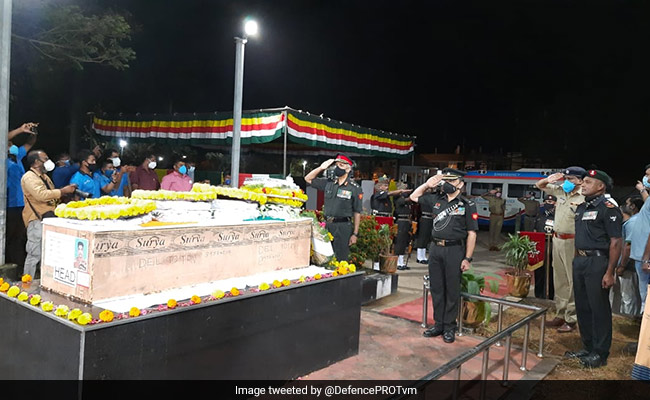 Vaishakh H was among the five Army personnel who died in a gunfight.

Indian army soldier from Kerala, who was killed in an encounter with terrorists three days ago, was cremated state’s Kollam on Thursday amidst heavy rain with full military honours.

Vaishakh H of Rashtriya Rifle Battalion was among the five Army personnel who died in a gunfight with terrorists during an operation in Poonch district of Jammu and Kashmir on Monday.

Prior to the funeral, his body was kept at his childhood LP school in Kudavattoor village and then at his home for public viewing. A huge crowd, including those who had no connection with the soldier, turned up to pay their last respects.

Vaisakh H’s mother broke down after the last rites and fainted.

The crowd gathered at the site were heard shouting anti-Pakistan slogans and ”Bharat Mata ki Jai” during the funeral service.

After the guard of honour, Vaishakh H’s remains were cremated as per Hindu rites. His remains arrived here on Wednesday and were kept at the Military Hospital in Pangode.